Niagara Police have identified two of the four suspects involved in an armed Grimsby gas station robbery on August 1 where shots were fired.

While the police reported no injuries from the robbery in the Petro Canada Gas Station at 424 South Service Road, the trio are still on the loose and suspected to be in the Hamilton area.

On August 2, the red getaway car was located by the Hamilton Police in the Barton Street East and Parkdale Avenue North area of Hamilton.  It was seized and later processed for forensic evidence by the Niagara Police.

Yesterday (August 4), detectives identified one of the suspects involved in the robbery and a female suspect who was responsible for driving the getaway car.

Marcus Roy, 24, of Hamilton is currently wanted for robbery and failing to comply with his probation order.

Rebecca Collingwood, 36, of Hamilton is currently wanted for robbery.

Both of them are believed to be in the Hamilton area and are considered to be armed and dangerous.  Members of the public should not approach and are encouraged to contact 911 immediately.

Police are still looking for assistance identifying suspect #2 and suspect #3 outlined in the attached photo below.

The investigation is ongoing but police said they “would like to thank the numerous members of the public who provided tips that resulted in Roy and Collingwood being identified and the getaway car being located.”

They added that the Hamilton Police had also been an instrumental partner agency in this investigation. 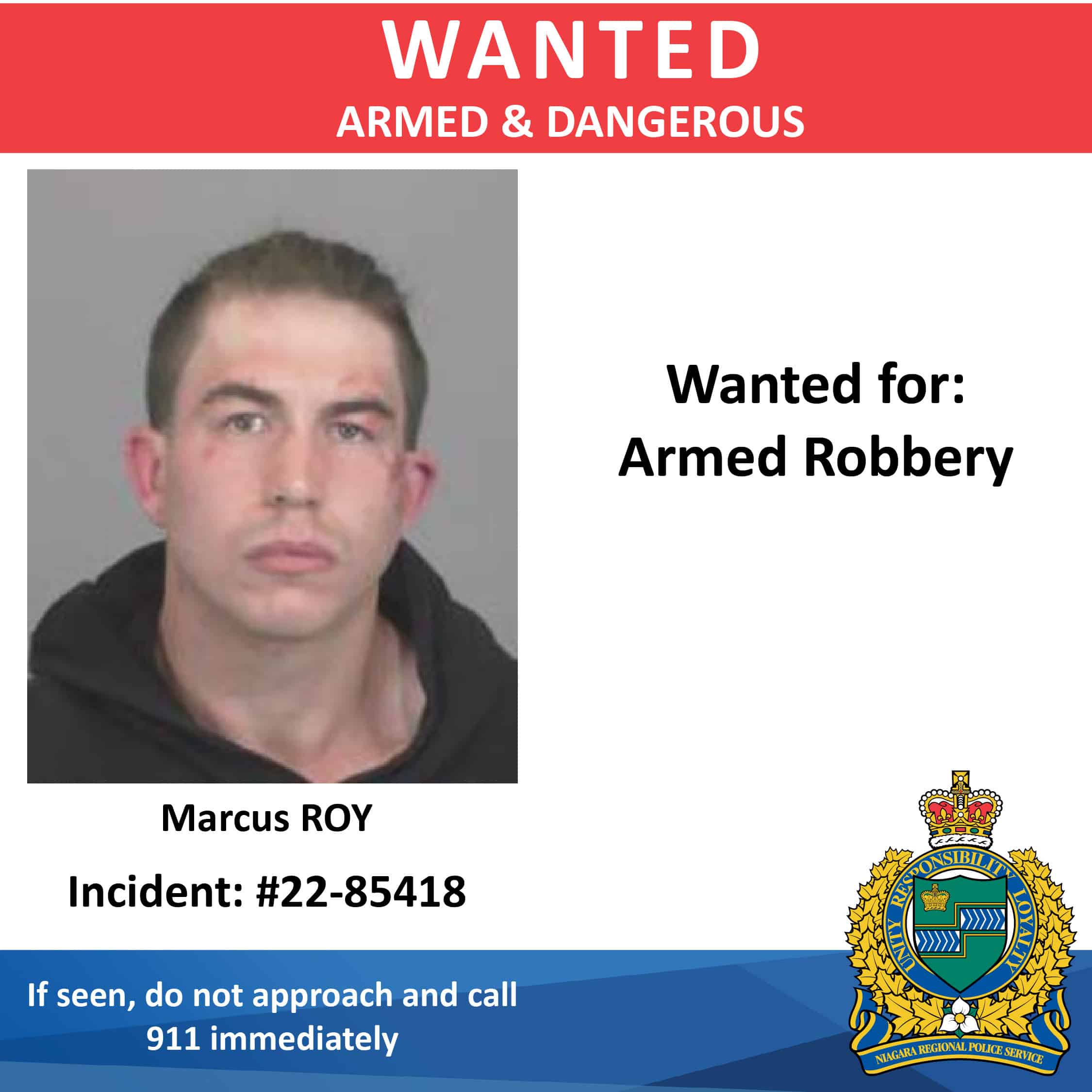 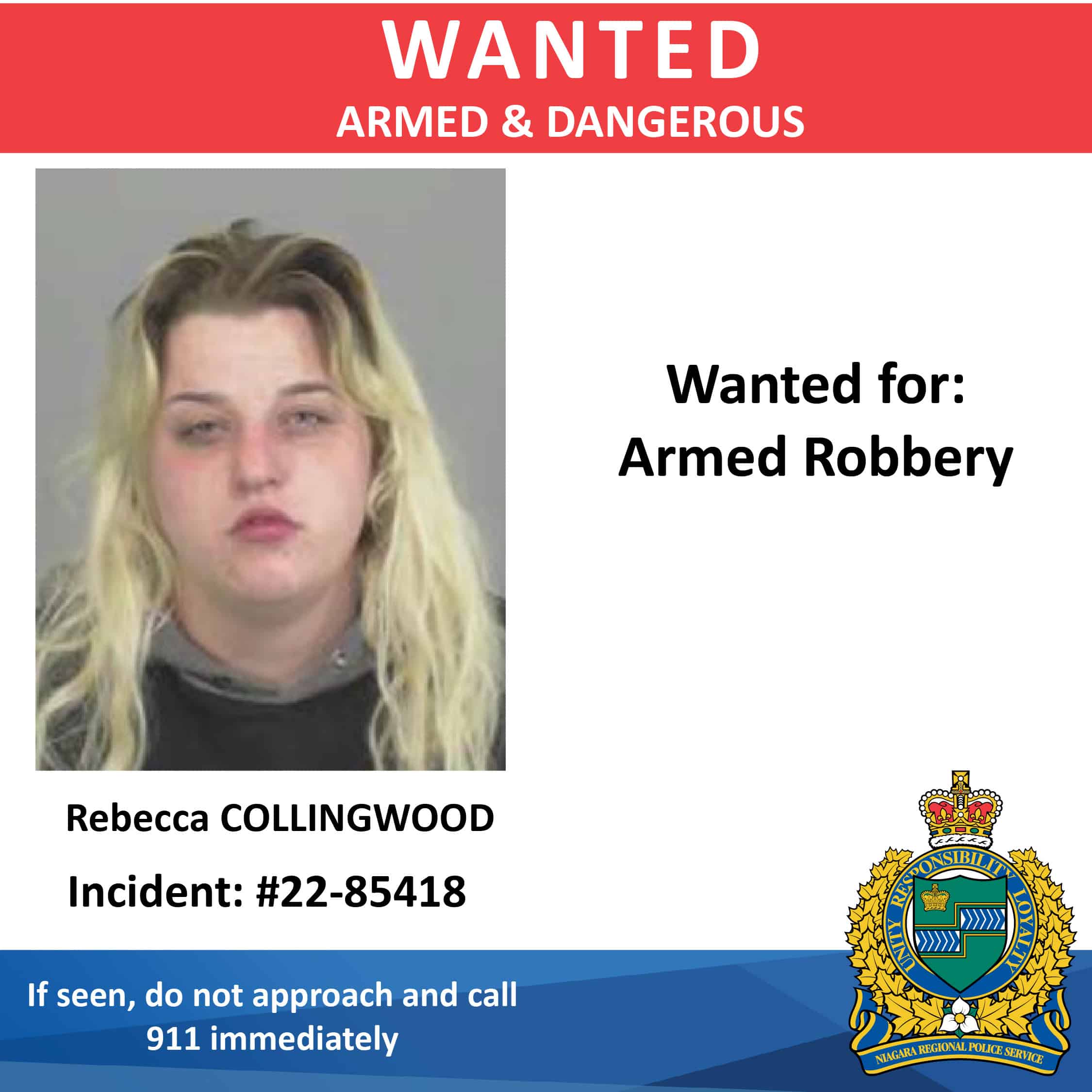 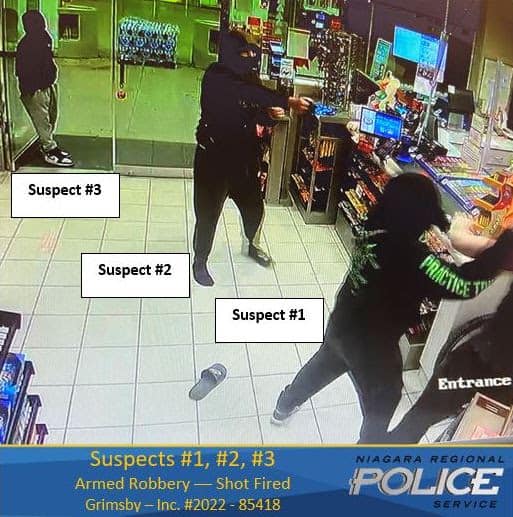