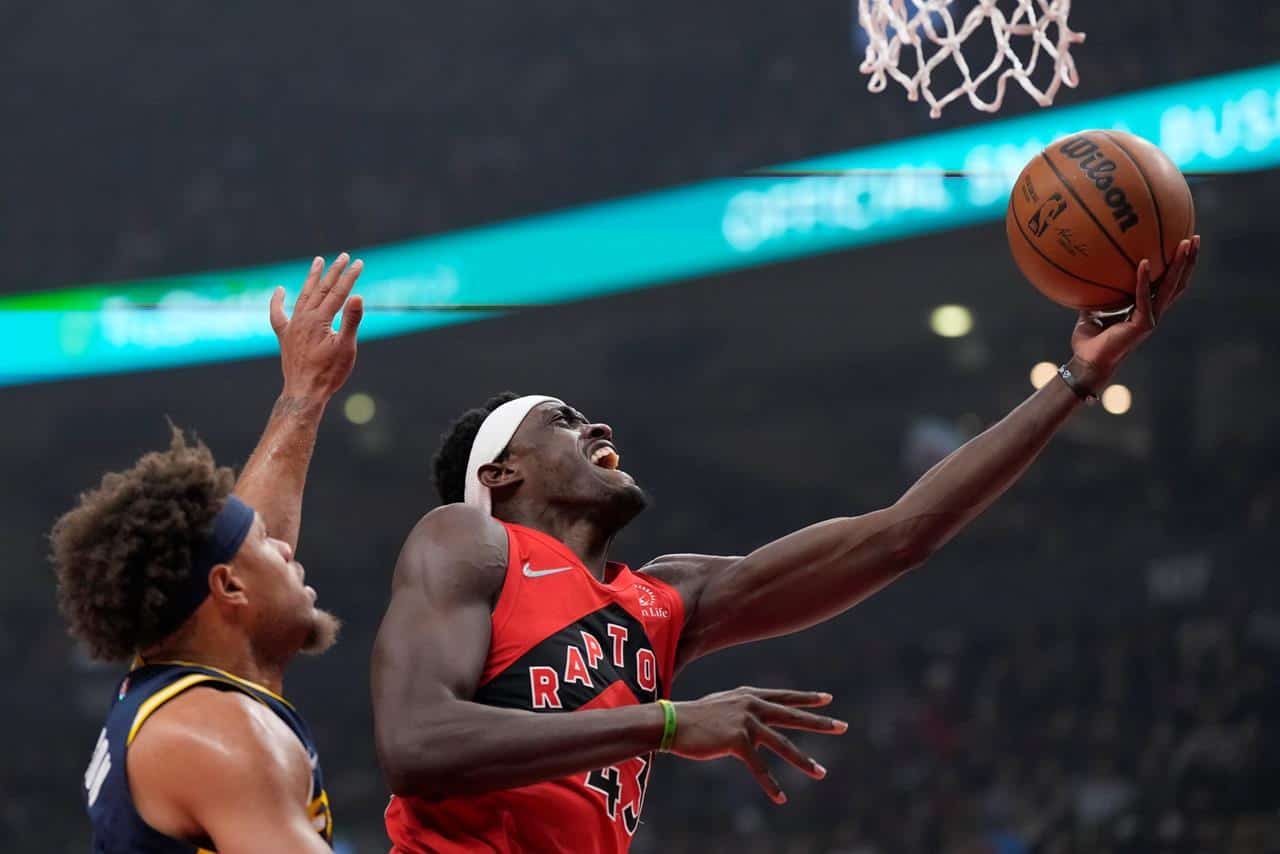 Pascal Siakam had 23 points, while Scottie Barnes added 19 and the Toronto Raptors crushed the Indiana Pacers 131-91 on Saturday, in a game that was suspended for 70 minutes due to a fire in a speaker at Scotiabank Arena.

The game resumed with no fans in the building.

The Raptors were leading 66-38 when the game was suspended with 4:05 left in the first half. Fans were evacuated, teams headed to the locker-rooms, and after Toronto Fire Services deemed it was safe to continue, players did a 10-minute warmup and the game resumed.

Precious Achiuwa added 18 points for Toronto (42-32), who moved into fifth in the Eastern Conference with Chicago’s win over Cleveland on Saturday. OG Anunoby finished with 16,  Chris Boucher chipped in with 15 and Thaddeus Young scored 11.

Fred VanVleet, who is battling a knee injury, didn’t return after the long pause in play.

With just eight games left in the regular season and the Raptors battling for a playoff spot, finishing the game after the fire delay was crucial for Toronto.

The Raptors have already clinched at least a play-in berth, but would prefer a top-six finish in the Eastern Conference to avoid that extended path to the post-season. Chicago’s win saw the Raptors take sole possession of fifth, with one game over Cleveland.

Indiana has already been eliminated from playoff contention, and while the Raptors have lost numerous games against bad teams this season, their 20-point lead in the first quarter Saturday hinted that wouldn’t be happening.

The Raptors led by 29 in the second quarter, and stretched that to 35 points when Boucher drilled a three-pointer with 7:07 to play. Raptors coach Nick Nurse went deep into his bench to play out the remainder of the rout.

The empty arena was a backdrop the Raptors were all too familiar with, having played several weeks in front of no fans after the latest COVID-19 wave in the fall saw tight crowd restrictions in Ontario.

The first sign something was amiss was when fans noticed smoke in the east end of the arena. Video showed an overhead speaker in flames. One section was evacuated and then another, as fire fighters stood in the empty section peering at the ceiling. Two fire fighters with extinguishers were eventually lowered from the ceiling in harnesses to put out the fire.

A timeout was eventually called and Toronto Fire Services met with Public address announcer Herbie Kuhn who instructed fans to evacuate, which was met by boos from the capacity crowd of 19,800.

The Raptors said all tickets would be refunded at point of purchase within 30 days.

Pacers coach Lloyd Pierce said pre-game that Brissett had requested numerous tickets for Toronto family and friends, and he gave them something to cheer about, scoring 11 of the Pacers’ first 16 points of the game. But the rout was already underway. Siakam and Anunoby combined for 21 first-quarter points for the Raptors, who shot 68 per cent in the frame. The Raptors ended the quarter with a 13-0 run to lead 41-21 to start the second.

The Pacers couldn’t cut the difference to less than 19 points before halftime. The teams played the final four minutes of the first half, and then paused for the shortened 7.5-minute halftime break, with Toronto comfortably in front 74-46.

The Raptors play all but two — Orlando and New York — of their final games at home. They host Boston on Monday and Minnesota on Wednesday.