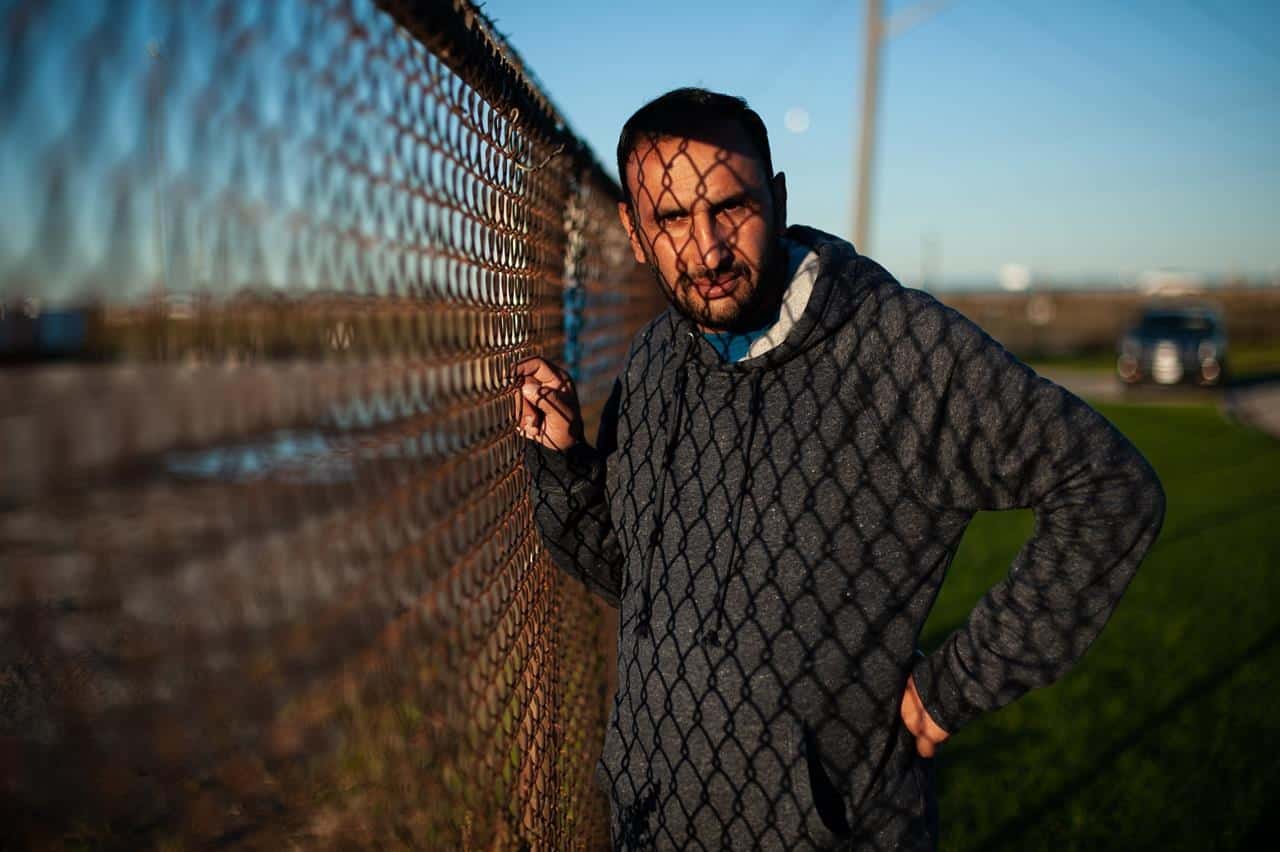 A refugee from Afghanistan waits for more supplies

In a hotel parking lot not far from Mississauga’s Pearson Airport, several Afghan refugees dig through boxes and bags of donated clothes in the trunk of a car.

They’re looking for winter coats and shoes that might fit their children, and seasonally appropriate clothing for themselves. Many don’t have money to spare after arriving in Canada, and support payments from the federal government haven’t kicked in yet.

A settlement agency has been tasked with looking after them while they wait to be moved into more permanent housing but the refugees say many of their basic needs aren’t being adequately addressed.

“We don’t have enough clothes, enough boots,” says Sardar Khan Shinwari, who has been living in a hotel room with his wife and four children since mid−October.

“Right now my boots, they are size 11, and I wear size eight … I got them second−hand.”

Shinwari is among some 770 Afghan refugees currently housed in two hotels near the airport.

His family has completed the quarantine required by pandemic rules but they remain at the hotel, dependent on the settlement agency, as they wait for the federal government to process their applications and issue their permanent residency cards.

Government workers provided some clothing at the airport, but it was ill−fitting, Shinwari says. Living in the hotel for an extended period has also meant the family has no access to laundry facilities or their own kitchen, and there are no nearby grocery stores or easily accessible playgrounds for the children, he says.

“We do the laundry (under) the shower because there isn’t any laundry machine,” says the 30−year−old, a former interpreter with the Canadian Armed Forces who made it past Taliban checkpoints into Pakistan before flying with his family to Toronto.

“All we see is buildings and parking lots here, so where we are going to go?”

Yasmin Noori, a Toronto resident who brought over the donated clothing the Afghan refugees are sifting through, says the newcomers need winter gear as well as toys and strollers for their cooped up kids.

“They don’t have anything,” she says. “I saw the people wearing (summer) clothes with slippers, I felt so bad because the weather was so cold.”

Asadullah Rahimi, an Afghan refugee who is also staying at one of the hotels with his wife and six children, says not knowing when the settlement agency will move his family out of the hotel, or where they will be headed, is exacerbating the issues.

“We don’t have anyone to ask about our situation: Where do you want to go? What are you needing? What’s missing? What problem you have?” he says.

Online orientation sessions the settlement agency provided are not enough to educate the refugees about their choices in Canada or answer their questions, Rahimi argues.

“They are still telling me wait, just be patient,” he says. “There isn’t anyone to ask about the problems we have.”

A spokesman for the federal immigration minister says the process of choosing a final settlement location for the refugees usually involves interviews before they come to Canada to discuss their options, but that didn’t happen in these cases.

“Given the rapid and volatile nature of their escape from Afghanistan, this pre−departure interview wasn’t possible,” says Alexander Cohen.

The government is aiming to help the Afghan newcomers settle in areas where they have family, friends or community support, he says.

Cohen added that ministry staff have been sent to the hotels hosting Afghan refugees but settlement agency workers are the ones dealing directly with the newcomers.

The executive director of Polycultural, the settlement agency tasked with providing services for the Afghan newcomers, says his organization’s ability to provide in−person services at the hotels is limited because of quarantine restrictions, but the agency is acting on the concerns raised.

“We keep taking all the feedback. People call it complaints, we call it feedback, and we are trying to make everybody happy,” says Marwan Ismail. “We are here to help the people.”

Ismail says his organization recently signed an agreement to provide laundry services to the Afghan newcomers, and has taken the clothing sizes of newcomers to get them donated winter clothing soon.

The organization has also changed its catering provider eight times in the last two months after complaints, he says, noting that providing meals that satisfy hundreds of people can be difficult.

The organization has faced challenges with the employees it rushed to hire to help the newcomers, Ismail says. It brought on 35 workers who speak Pashto and Dari, two major languages spoken in Afghanistan, but many don’t have enough experience with social work, he says.

“We were in a rush because everything happened in Kabul very quickly,” he says, referencing the Taliban’s swift takeover of the country. More experienced social workers are now being hired to provide better services, he says.

Ottawa has committed to resettling 40,000 Afghan refugees, with nearly 9,500 people approved so far and 3,260 now in Canada.