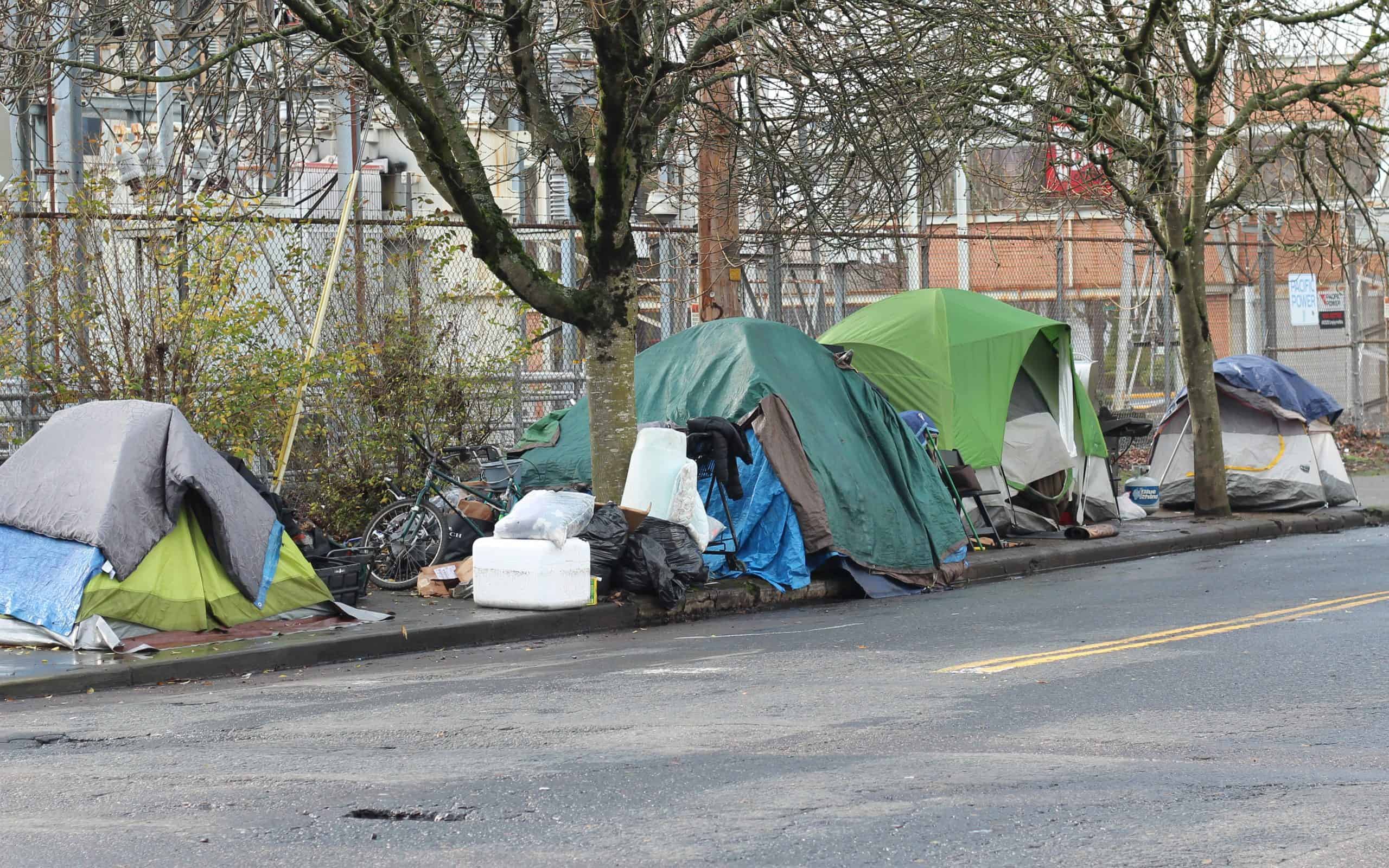 An open letter to the City of Hamilton is calling for the end of encampment evictions following council’s decision on Monday (Aug. 9) to return to pre-pandemic enforcement of camping bylaws by the end of the month.

“This decision came out of a sudden emergency City Council meeting, which occurred behind closed doors, with no way for the public or houseless residents to weigh in,” the open letter, signed by HESN, Defund Hamilton Police Services, Hamilton Centre for Civic Inclusion (HCCI), and the Disability Justice Network of Ontario (DJNO), said.

“Encampment evictions have been and continue to be dehumanizing, insidious displays of violence in a sustained municipal war on Black, Indigenous, racialized, disabled, poor, and unhoused communities, both in so-called Hamilton as well as across Turtle Island.”

In a vote of 10 to 2, councillors supported a motion that will repeal a bylaw enforcement protocol that permitted some individuals to camp in public spaces for up to 14 days. Starting Aug. 30, encampments on all City properties, including public parks, will be prohibited and enforced.

Advocates, however, are decrying the policy change, calling it inhumane and heartless.

Yesterday, the City announced that it would be returning to "pre-pandemic enforcement of camping bylaws" in #HamOnt, which will prohibit encampments on all City property, including public parks, starting August 30. This is not a solution to the ongoing housing crisis in our city.

“This is also happening in the middle of an opioid epidemic,” HESN said in a series of Tweets issued Tuesday.

“Without sufficient support for community members who use drugs, such as safe injection and drug inhalation sites, the City’s efforts to destroy community and their ways of keeping safe puts blood on their hands.”

The group said they will be meeting with other harm-reduction organizations in the community in the coming days to figure out next steps but maintains that the only solution to the crisis remains housing options that respect the dignity and needs of unhoused community members.

“The only solution is housing,” the letter said.

“Despite knowing this, the City of Hamilton wishes to return to pre-pandemic enforcement of camping bylaws, a decision which will perpetuate the increased criminalization of unhoused community members.”

Last summer, advocates were able to obtain an injunction preventing city and law enforcement officials from tearing down encampments that had cropped up in the early months of the pandemic.

Eventually, the city and advocates were able to come to an agreement that led to the formalized protocol for working with people who are sleeping rough during the pandemic.

In a press release issued Monday night, the City of Hamilton said it has determined that the protocol is now ‘ineffective’ but does not explain how the conclusion came about.