Black Zeus, who was born in Greece to Ethiopian parents and raised in Hamilton and London, Ontario, brings a comedy style that combines his boisterous personality with his worldly life experiences.

The “Adam Sandler approved” comedian will also tape a show in Toronto.

“So, I’m doing shows this weekend, and out of the corner of my eye, I see two people walking to the club. The second person is a guy wearing basketball shorts — looks like Adam Sandler,” explained Black Zeus on his podcast in July. “I turn my head slightly, and it’s Adam f***ing Sandler — and I’m like 30 to 40 seconds from going up on stage.” 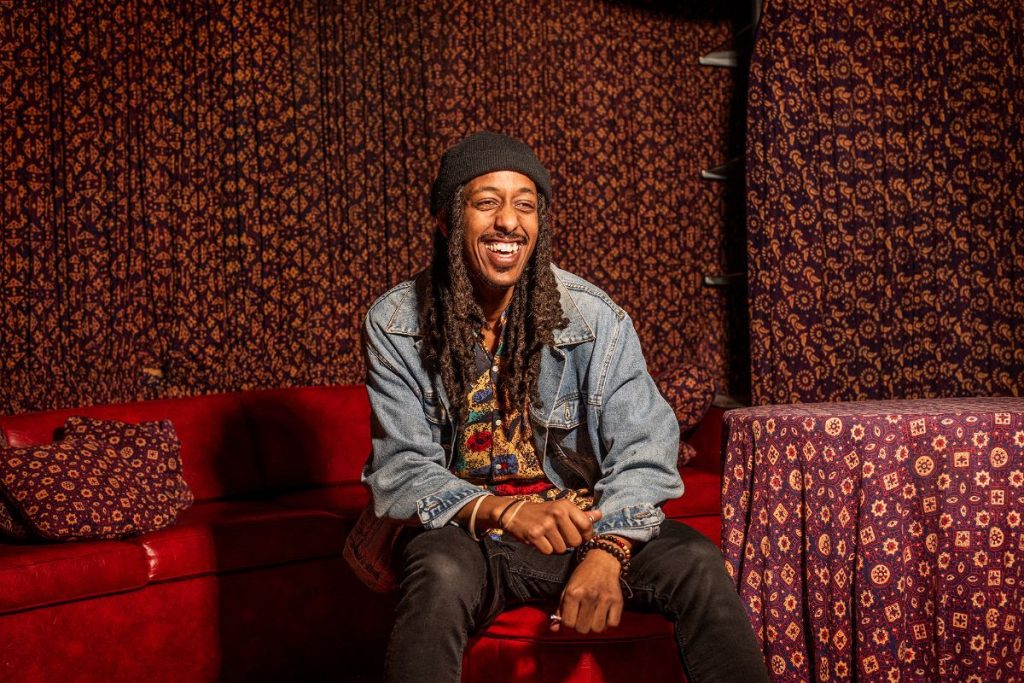 “I move over to the bar, Adam makes eye contact with me, and I take my chance immediately. I swoop in. He already has a dap ready, waiting for me. He looked me in my f***ing soul, bro.”

“(Sandler) told me that I was good, and the kicker was that he said, ‘don’t ever stop,’ Black Zeus said. “I’m like, dude — I love you, man. You have no idea how much I appreciate that.”

“Before he drives off, he stops, points at me, and I point back, and I’m like, ‘I love you Sandman!’ I appreciate you.”

Black Zeus: Self Portrait will be filmed on Nov. 18 in Toronto at Backroom Comedy Club on Bloor St, and on Nov. 19 in Hamilton at The Zoetic Theatre on Concession St.

Tickets to the Hamilton taping are available online at eventbrite.ca.