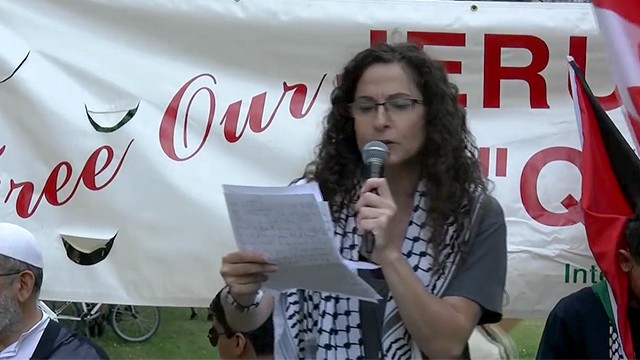 A Mississauga teacher who was recently suspended after speaking at a protest has garnered some support.

Some academics and an activist recently spoke out at Queen’s Park yesterday in support of Nadia Shoufani, the St. Catherine of Siena teacher who has been suspended with pay while the Dufferin-Peel Catholic School Board investigates the incident, according to a recent CBC News article.

The teacher was suspended after the board learned that she spoke at a pro-Palestinian rally.

According to the CBC, the school board confirmed it had launched an investigation into remarks the teacher made during Al-Quds Day at Queen’s Park, but did not confirm that Shoufani was suspended for what she said.

The Ontario English Catholic Teachers’ Association said she wasn’t suspended for her conduct, but instead for appearing to “not comply with the investigation,” the CBC reports.

While the suspension has its fair share of supporters, others are speaking out on Shoufani’s behalf.

According to the CBC, Graeme MacQueen, a retired McMaster University religious studies professor, said that the teacher’s right to speak out must be respected.

At the event, Shoufani called Palestinian writer Ghassan Kanafani (who was killed in 1972) a martyr and spoke out against the detention of Georges Ibrahim Abdallah, a Lebanese man currently in prison in France for killing two U.S. and Israeli officials, the CBC reports. The men are linked to the Popular Front for the Liberation of Palestine.

Other people, such as retired University of Guelph professor Michael Keefer and McMaster economics professor Atif Kubursi, are also supporting Shoufani’s right to speak out.