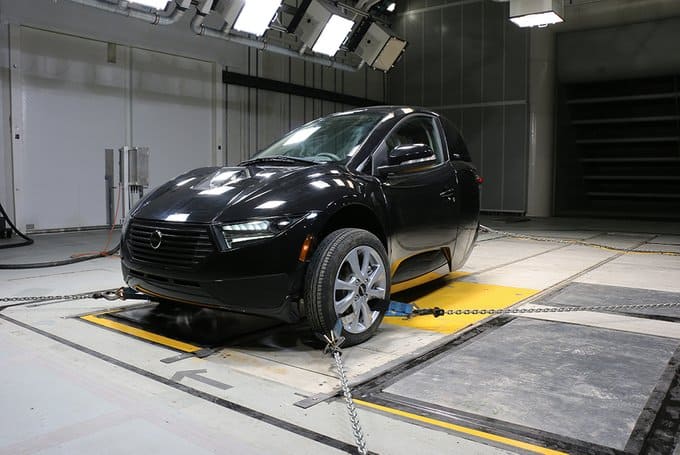 An electric car, built for one, might be the answer for commuters who are frustrated about the skyrocketing price of gas and concerned about the future of our planet.

Vancouver, British Columbia-based company Electra Meccanica (EM) believes the market is ripe for its Solo EV, a vehicle with just three wheels, and about half the cost of an average passenger car.

But before hitting select North American markets, the company had some final testing to do. And for that work, EM looked across the country to ACE – Ontario Tech University’s product testing centre located at its Oshawa campus.

“We had originally planned to use an automotive test facility in the United States, but because of COVID-19 travel restrictions, we cannot export prototype designs or even send staff south of the border,” Tedd McHenry, EM Engineering’s Testing Manager, said in a press release. “ACE not only offered the ideal climate-controlled and EV-enabled testing environment, but its team of engineers also provided valuable insights to help us meet our needs.”

“ACE has nearly a decade of experience putting every kind of object you can imagine through the ultimate dynamic tests and developing solutions to help our clients get new products to market,” says John Komar, ACE Executive Director. “We provide made-to-order weather conditions, in this case searing 45-degree-Celsius heat, high humidity and high solar load to replicate the potential extreme conditions seen in the southern California desert. We worked with Electra Meccanica before they arrived to come up with a custom solution to test the Solo’s air conditioning capacity.”

The Solo will initially market in U.S. west coast cities like Los Angeles, Portland and Seattle, but the testing facilities at ACE mean the company can now target other markets around the world.

The Solo is a fully electric three-wheel, rear-wheel drive car that is expected to sell for about half the price of a typical passenger car. Fuel savings are estimated at about $1,000 per year, assuming gas prices of $1 per litre. Longer commutes and higher gas prices would net higher savings.