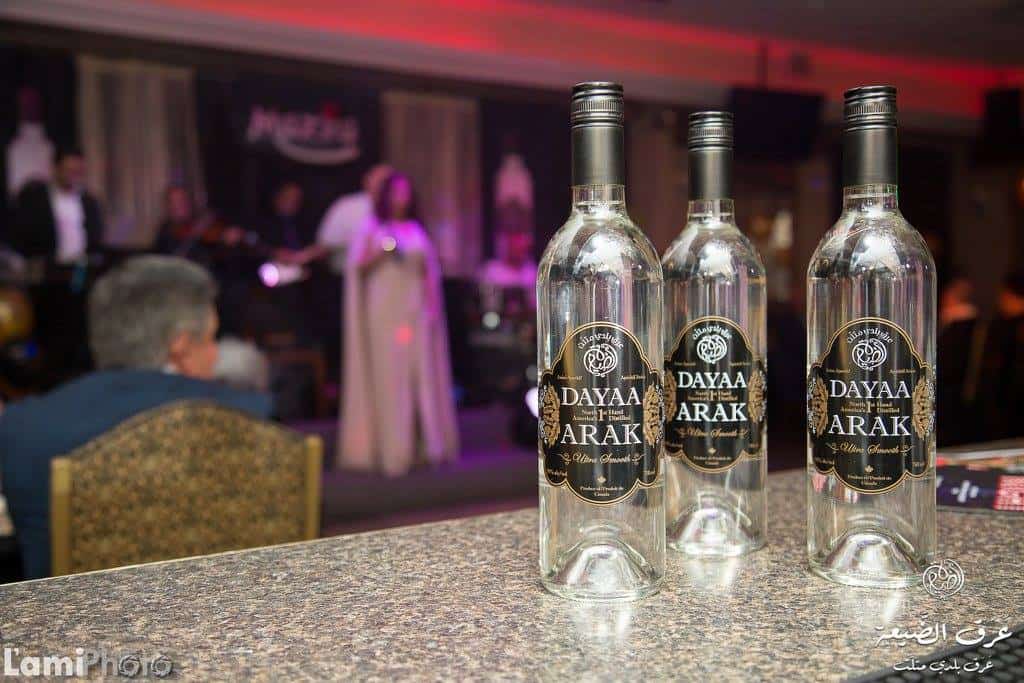 For those who consider themselves alcohol and cocktail aficionados, now is a good time to be alive–and for a number of reasons. Not only have brewery and winery tours become increasingly popular, so, too, have liquor tastings and distillery tours.

And when a very unique distillery with expertly crafted spirits opens in Mississauga and provides curious drinkers with at-home tasting specials and exclusive concoctions inspired by international cuisine (although often made with local ingredients), locals indeed have cause to celebrate.

Especially since the distillery owners plan to open their Matheson Blvd. facility to the public by the end of the summer.

The White Distillery, run by partners Kevin Dahi, Tony Salloum and Milad Chebly, produces traditional Mediterranean spirits and produces a popular Syrian (Dahi is originally from Syria) spirit called Dayaa Arak. Interestingly enough, it is the first and only craft distillery in North America that specializes in Mediterranean spirits in small batches.

While some of the brand’s offerings are currently made in Guelph, they intend to shift all production to the Mississauga facility soon.

“One product is made in Guelph, but we have other products that we make here. Within a month or so, everything will be done in house in Mississauga,” says Dahi.

Dahi said he and his partners started the company in January of 2016 in order to fill a niche that hadn’t yet been touched in the city.

One reason Mississauga works as an ideal location is its demographic breakdown. Since the distillery specializes in Mediterranean spirits–which can be harder to find, even in the LCBO–it can better reach a more diverse audience by virtue of being the only operation specializing in uniquely ethnic beverages in a uniquely ethnic city.

“In terms of demographics, there are different communities that we like to be close to, such as the Lebanese, Syrian, Italian and Mediterranean [communities] and there are a good number of them in Mississauga. My two partners also live in Mississauga.”

While the term “distillery” no doubt sounds familiar, you might be wondering what particular products The White Distillery produces.

One of the operation’s better known products–which customers can taste during at-home tastings, if they feel so inclined (more on those later)–is the Syrian-style Dayaa Arak spirit, which is triple-distilled in a copper pot still and made with Niagara grapes and Syrian aniseed.

The distillery also produces Pastis Du Hameau, an artisanal pastis “produced by the distillation and maceration of grape spirit, star anise, wormwood, lavender, with another 20 botanicals and spices and Canadian maple syrup.”

Other products include the distillery’s very own exclusive Berrycello (think Limoncello, but with berries instead).

“Berrycello is basically our own invention, it’s inspired by limoncello, but we use strawberry instead,” says Dahi. “We try to incorporate local ingredients and local resources. We don’t have lemons in Ontario, but we have strawberries. We don’t use refined sugar in our spirits, we use organic and local maple syrup. We do use some organic ingredients.”

While some of the distillery’s products are available at bars and restaurants and in the LCBO (Dayaa Arak should be available at your local LCBO, for example), the new company is working to grow its brand by offering customers something a little off-the-beaten path: home tastings.

“We do in-home tastings for groups as another way to promote our products,” says Dahi. “Basically what we do, we take a type of liquor or spirit that they would like to taste and we go visit them at their home or venue. A couple of us go there, mainly myself and our master distiller or mixologist and we let them try and taste our spirits. We sometimes do food pairings.”

And for those who aren’t sure they can arrange a tasting at their home, Dahi says those customers will soon be able to enjoy tastings inside the facility.

“Our tasting room will be open soon and people can soon come and taste on premises,” he says. “It’s not open to public yet, we’re aiming for the middle or end of August.”

As for how a tasting works, Dahi says the distillery’s basic package just requires a group of 10-15 people.

“We offer them one bottle of their choice and that’s on us and there could one or two snacks,” he says. “The biggest event was around 50 people. The hostess ordered more spirits, so we prepared more food. We do cocktails and pair food around the tasters’ interests.”

For now, the tastings are free.

“We’re trying to let people know about us and our product. The best way is for them to try it.”

As for what inspired Dahi and his team to start the company in the first place, he says it’s a combination of wanting to enhance spirit culture in Ontario and re-create the beverages he enjoyed concocting in his earlier years in Syria.

“The simple reason that there are gaps in the spirits world in Ontario, especially compared to Quebec. The ethnic spirit selection is limited. Apart from that, there aren’t many products made here or produced locally in Canada,” he says. “Most spirits are imported, so I decided to start producing those spirits locally with a local, Canadian fingerprint. We went back and we took those old recipes from around the Mediterranean and gave them a Canadian twist.”

Dahi, who came to Canada in 2006, says distilling spirits was an important part of his upbringing.

“Growing up, it’s part of our culture that we distill our own spirits in the village. It’s like winemaking. I used to do that back home, a long time ago. Nothing commercially, just a hobby.”

Dahi also points out that while local wine and beer have enjoyed increased attention over the years (almost everyone is keenly aware of the ongoing craft beer renaissance dominating the alcoholic beverage scene), homegrown spirits haven’t made their way into the limelight.

“There are many beers and wines locally produced, but spirits are limited,” he says. “Distilleries produce the same spirits again and again, such as vodka and gin. No one paid attention to this degree to Mediterranean spirits. We come from that region and we’ve thought of how that region is rich and gastronomic. We decided to be more focused on those spirits.”

While the White Distillery does is working to reach more individual customers, it also distributes products to bars and restaurants (and even produces such staple spirits as vodka and gin when asked).

And while Dahi has worked in the food and beverage industry for some time, he acknowledges that running a niche distillery is a unique challenge–but one he’s excited to embrace.

“It’s not easy to get into this business. I wanted something different,” he says. “We have plans. We’re working on new products and new services and we’re working on potential events. There are a lot of things in the pipeline.”

For more information on the company–and where to inquire about home tastings–click here.