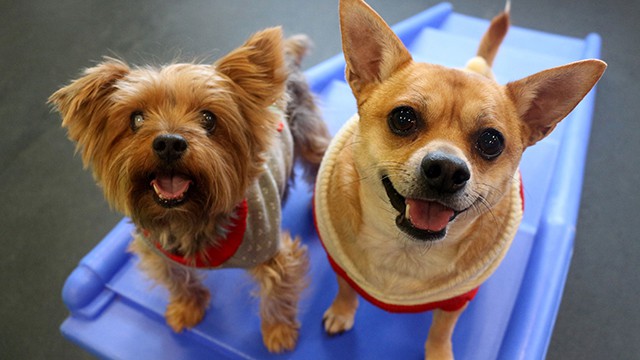 Anyone with a dog knows that a pooch is not simply a pet, he or she is a beloved family member–one deserving of a fun, safe and loving daycare or boarding facility.

One deserving, perhaps, of Dogtopia.

As any dog parent knows, kennels can be scary places. Although kennel operators do their best to give clients peace of mind while they’re away from their fur baby, it’s hard to provide a warm environment that isn’t anxiety-provoking for dogs that aren’t used to a new environment.

For that reason, the growing Dogtopia brand–which provides a range of services–has flourished in Mississauga and beyond–and it’s offering anyone who is curious about its services a free day of play (more on that later).

“Dogtopia is an upscale dog daycare and boarding facility that also offers spa services and training,” says Anita Samadian, the brand’s regional developer for eastern Canada. “Training is something we added recently.” 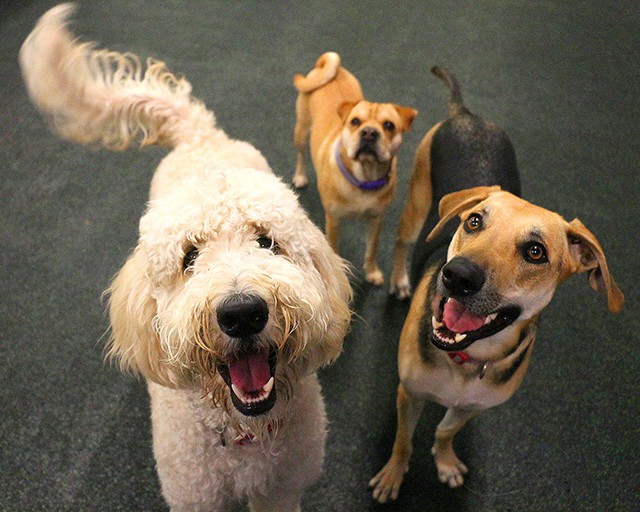 Dogtopia has been operating in Ontario since 2015–the year it opened its first of two locations in Mississauga. The company, which is now owned by well-known Canadian entrepreneur and and philanthropist Peter Thomas, was initially founded in the United States in 2002.

The brand currently operates two locations in Mississauga, one in the Burnhamthorpe and Erindale Station area and another in Streetsville. Dogtopia has also opened facilities in Burlington and Newmarket, and is about to open even more locations in Brampton and Toronto.

It’s truly unlike any other doggie daycare out there.

“Our daycare model sets us apart,” says Samadian. “A lot of kennels keep dogs in crates and only let them out for potty breaks, but our dogs get to play for the entire day under supervision from certified and highly-trained canine coaches. We also have high-definition webcams, so parents can watch their dogs playing.”

Dogtopia offers three different playrooms and separates dogs based on size and temperament. It also minimizes the risk of sniffles (dogs, like us, can get sick when they’re among their peers), the facility uses a UV air filtration system to help minimize airborne illnesses.

This is no ordinary boarding and grooming establishment. This is a high-end dog paradise that offers comfort, attention and, above all else, transparency.

“The biggest thing is our transparency,” says Samadian. “We’re building a relationship with pet parents, we want to make sure that they’re in the loop. We do reports, we’ll say how their dogs are eating and doing.”

Samadian says that each dog has his or her own pet profile.

“We use a lot of technology to maintain and support our operations. A lot of the times, we’re able to help the pet parents keep an eye on their dogs. If we noticed limping or abnormal behaviour, we’ll let parents know. We treat them like they’re kids. If the dogs have an unusual bowel movement, we’ll store it so parents can take it to the vet. We take the relationship seriously.” 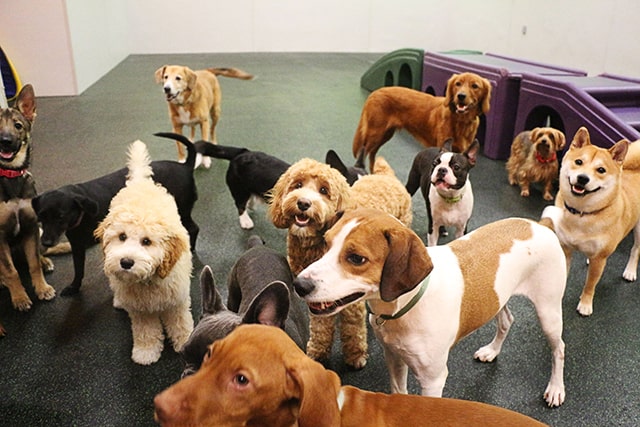 As far as services go, Dogtopia offers both longer term boarding and daycare and specializes in socialization and fun.

“Dogs are pack animals and we humanize them so much, so we expose them to dogs to give them a balanced life,” says Samadian. “It’s like signing your kid up for karate or soccer lessons. It’s a routine that people want their dogs to get into to have the most fulfilled life.”

Dogtopia actually offers memberships that allow pet parents to use the facility as much as or little as they want.

Memberships, which Samadian says offers several tiers to allow pet parents to use the facility on a once a week, twice a week or unlimited basis.

“It brings the price down to less than $35 a day on the high end and $25 a day on the lower end,” says Samadian. Pet parents can pay monthly with no contracts, which makes it really easy to budget. We also have passes for people who don’t want memberships.”

Dogtopia boasts rooms for small and big dogs, so there’s no chance of a bigger animal accidentally playing too rough with a smaller one.

Dogtopia also offers puppy and obedience programs. Pet parents can enroll their dogs in six-week long classes, as well as speciality workshops on many topics such as agility and proper nail cutting.

“We also do private lessons for parents with a behaviour they want to work on.”

The facility also offers standard grooming services, so you can take your dog there for a relaxing spa day. 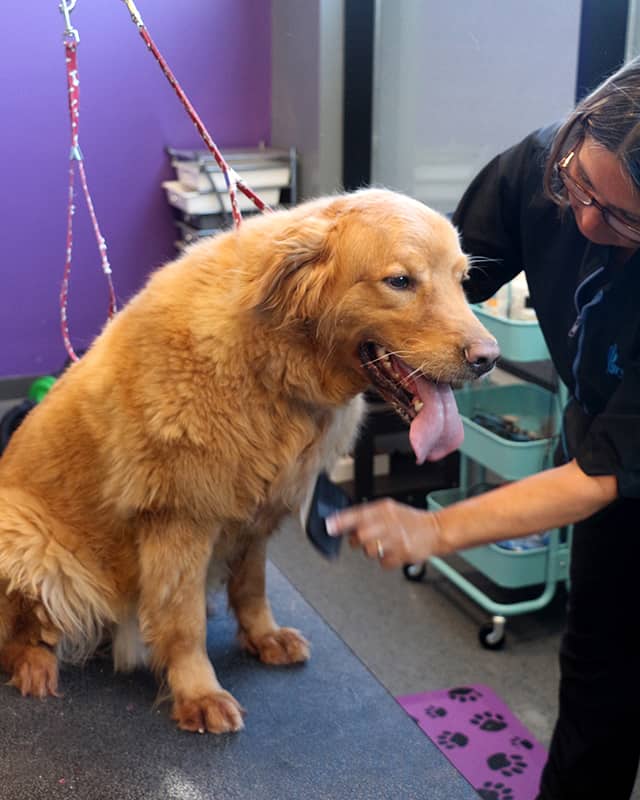 If you just want to try Dogtopia out but don’t want to commit to a pass or membership, you can give the unique facility a try free of charge.

“If you’ve ever thought about trying us or wondering if your dog is a good fit, we offer a free day of play,” says Samadian. “People can come with their dog, get a tour of the facility, leave their dog for the day and decide if we’re the right place for their dog.”

If you’re planning a vacation and need to board your dog, the free day of play might be even more ideal.

“Boarding is very stressful for dogs no matter what, so we recommend people bring their dog in for daycare so they get to know the environment and the team,” says Samadian. The dog gets picked up and realizes he or she is not being abandoned.  When daycare dogs board with us, it’s another day for them.”

Samadian says that, at the end of the day, it’s the caring and compassionate approach that sets Dogtopia apart.

“We really do customize the care for boarding. We’ll hand feed, try different foods, give them rest time, give them any necessary medications. No one on our team likes to see dogs stressed. Our customers are people who think of their dogs as a member of their family. They want to know how they’re eating and feeling and who they’re playing with. If you think of your dog as a family member, Dogtopia is the place for that pet parent.”

Sign up to receive your first day of play at Dogtopia for free by clicking here.