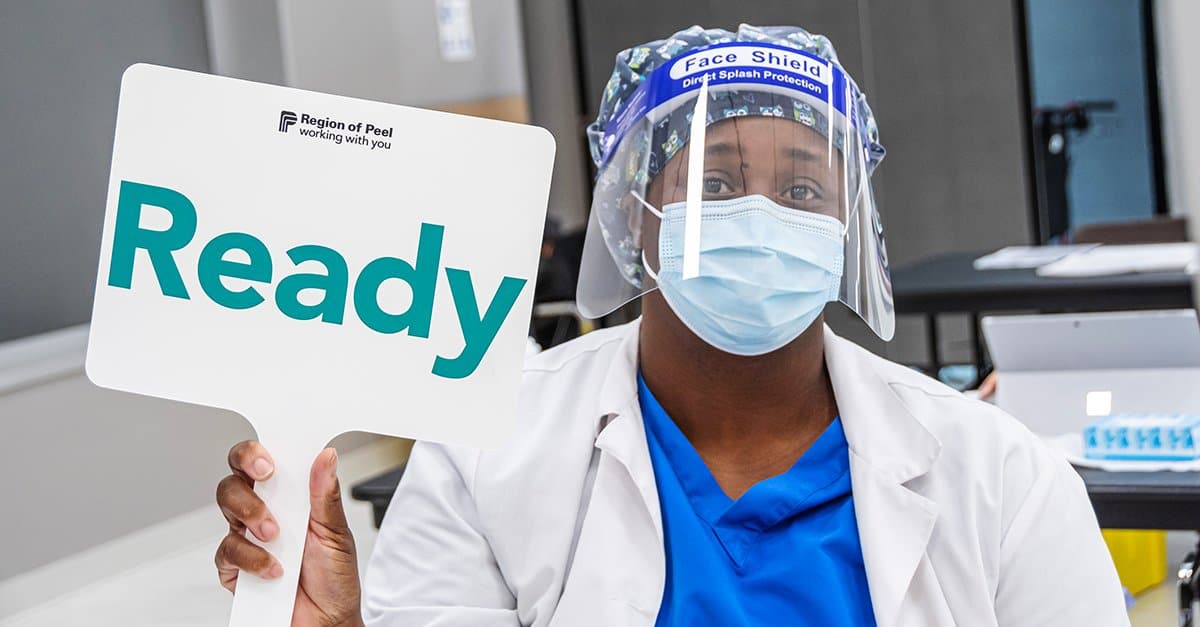 More than one-third of all second dose vaccines allotted to Mississauga and Brampton were snapped up by people in Toronto this week, insauga.com has learned.

Further, the 620,000 Peel Region residents who are eligible for the second dose didn’t know that only 100,000 of the vaccines were available here… which were quickly taken.

While Peel Region residents were directed to such places as Muskoka, Simcoe, Hamilton and Tottenham, people in Toronto were able to access Ontario’s online booking portal to grab appointments at community clinics that are operated by Peel Public Health.

It is believed that 34 per cent of all second dose bookings in Mississauga and Brampton have gone to Toronto residents.

The provincial government has not commented on why Toronto residents were able to book in Peel, while many in Mississauga and Brampton were shut out and told to look elsewhere.

The set up of the Ontario booking system — which allows people to make appointments anywhere in the province — created headaches for Peel residents early on Monday when online access was granted beginning at 8 a.m.

Thousands waited in online queues for hours only to be told they had to travel as far as 100 km if they wanted their second shot.

Many have since rolled their sleeves back down as they wait for more doses to be made available in Mississauga, Brampton and Caledon.

Dr. Lawrence Loh, Peel Region’s Medical Officer of Health, confirmed the vaccine shortage during a press conference on Wednesday (June 16) when he said that demand exceeded supply of the second dose.

Dr. Loh added that as more shipments of the vaccine arrive appointments will be made available. He urged Peel residents to keep trying to book an appointment.

His advice has paid off for some Peel residents who report they have been able to book appointments as they have sporadically become available each day this week.

Typically, while Mississauga and Brampton residents rejected having to travel outside their community to receive a second dose, social media posts suggest Toronto residents were just as unhappy to head this way for their vaccination.

“Go to Mississauga for my vaccine? You’ve got to be kidding?” said Remy Colacci in one Twitter thread.