A Slew of Canadian Clothing Store Locations Could Close For Good 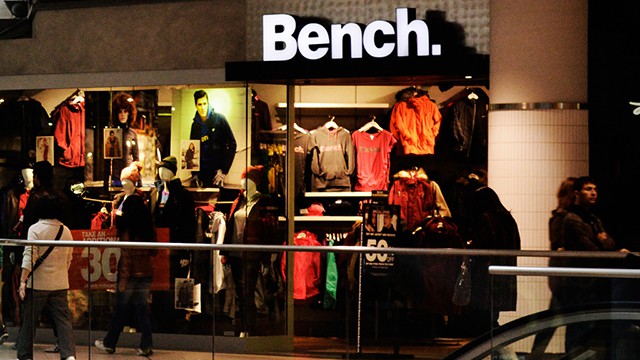 It’s been a rough few months for some Canadian companies, with leather staple Danier closing its retail locations and struggling coffee chain Second Cup latching onto one last lifeline in the form of a sizeable loan.

It’s also been a tough few months for international retailers with a presence in Canada, such as the once-beloved HMV. The iconic music store recently announced it would be closing all of its Canadian locations by April 30.

Now, it looks like Danier and HMV aren’t the only brands in trouble.

According to a recent Globe and Mail article, Holt Renfrew, BCBG Max Azria, Bench, Scotch and Soda, Thread + Copper and more are in trouble following a lackluster holiday season and strong performances by competing brands.

Holt Renfrew, the luxury superstore that recently opened in Square One, is closing its discount hr2 stores later this year. While that news might be disappointing for people who were hoping to enjoy more affordable luxury goods.

Other stores that may have to close stores include BCBG (which currently operates locations in Square One and Heartland Town Centre) and Esprit. According to the Globe and Mail, Freemark Apparel, the Canadian distributor for Bench, Scotch & Soda and Esprit, recently filed for bankruptcy protection from its creditors. According to the article, they intend to present a restructuring proposal.

As for what’s prompting the struggle, experts interviewed by The Globe mentioned the rapidly evolving retail scene. Once, people had no choice but to shop for apparel at malls and brick and mortar stores. Now, with online shopping increasing in popularity, some brands are finding it more difficult to stay afloat.

The article also mentions stiff competition for Canadian retailers. With brands like H&M, Zara and Forever21 killing it in Canadian malls, it’s harder for homegrown retailers to stay top of mind.

It’ll be interesting–and perhaps disheartening–to see how stores fare as time goes on.