A popular ramen place has rebranded in Mississauga 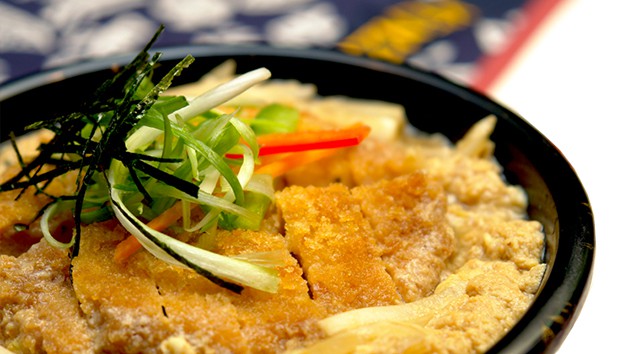 When the door to one delicious ramen restaurant closes, the door to another one opens–and that’s good news for local foodies.

Anyone who has recently passed by Kenzo Ramen, one of Mississauga’s first trendy ramen joints, has probably noticed that the restaurant is now called Kamen.

Kamen, which does not appear to be associated with the Kenzo brand, is now calling the Burnhamthorpe Road hotspot home.

Kenzo’s Mississauga location is no longer listed on its official website, so it looks like Kenzo has left its digs for good.

But while Kenzo will certainly be missed, ramen fans can take comfort in the fact that Kamen also specializes in delicious Japanese soup dishes. According to Kamen’s website, its name is based on the Japanese word tekkamen, which means “iron fire noodles.”

The website says the brand takes traditional Japanese ramen and adds its own special touch – “a fiery touch.”

“The fire in our name refers to the intense flames that heat up our iron woks,” the website says.

“The flavour of the fire is infused into all of the ingredients and broth to give our ramen more depth of flavour.”

The restaurant is closed on Sundays.

Have you tried Kamen yet?

“Starting December 16, 2019, we have launched our own brand and had a make-over,” a spokesperson said to insauga.com in an email.

Kamen is managed by the same owner and boasts the same staff.