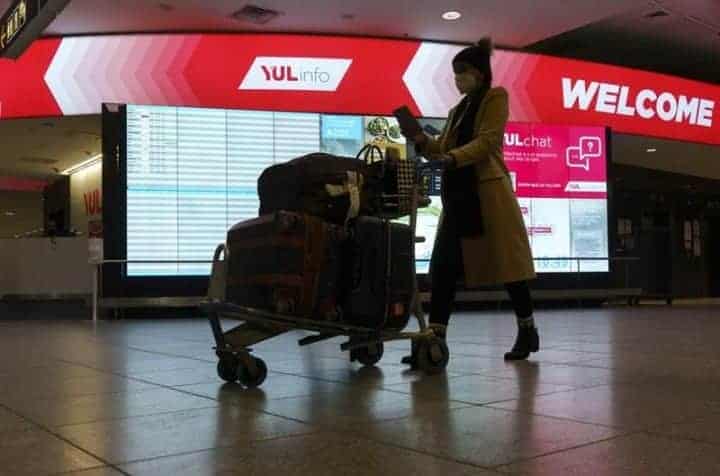 A new poll suggests a majority of Canadians say proof of vaccination should be required of all essential and non-essential travellers.

Fifty-eight per cent of respondents to an online survey by Leger and the Association for Canadian Studies say travellers should be required to show a document that proves they are immunized against the novel coronavirus.

The poll suggests 48 per cent of Canadians support the total reopening of the Canada-U. S. border at the end of August, including to tourists, while 52 per cent say they oppose the reopening.

Leger executive vice-president Christian Bourque says Canadians are divided on the issues of requiring travellers to show proof of vaccination and reopening the borders.

“(They are) divided in a way that, I think, gives some flexibility to Ottawa when making decisions, because there is no hard consensus on either side,” he said.

He says the survey shows that Canadians are also split almost in half on whether they are comfortable in engaging in social activities.

The online poll of more than 1,500 adult Canadians was carried out July 16 to 18 and it cannot be assigned a margin of error because internet-based surveys are not considered random samples.

Federal officials announced yesterday that fully vaccinated U.S. citizens and permanent residents will be allowed into Canada as of August 9, joined by the rest of the world September 7.