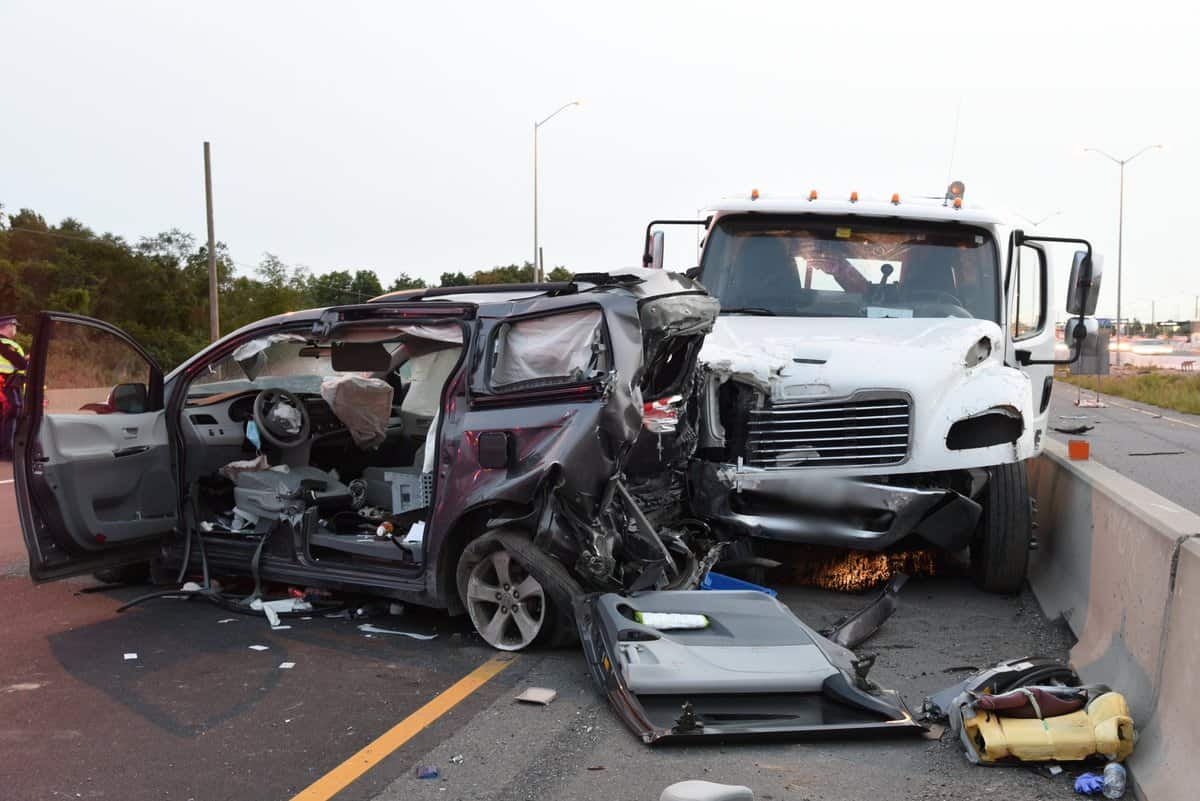 Police are appealing for witnesses following a serious multi-vehicle collision on the 401 in Mississauga.

OPP say that a crash involving five vehicles and nine people occurred around 5:30 pm on Sept. 14 on the eastbound 401, just east of Dixie Rd.

Police say an 87-year-old Toronto woman was killed in the crash.

Four other people were injured.

Police say the investigation into the crash is ongoing.