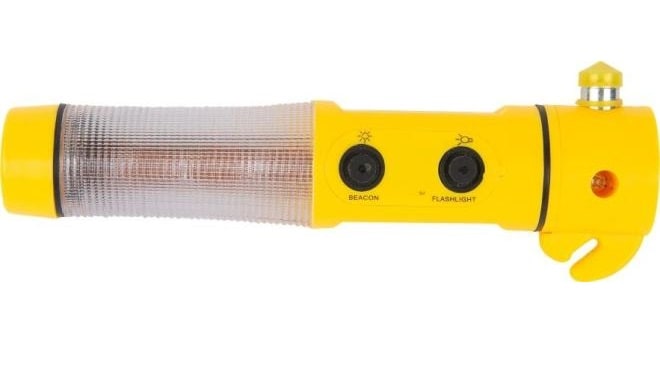 An emergency tool is being recalled from store shelves because it might fail during an emergency.

Health Canada recently issued a recall for the Multi-Function Emergency Tool sold by Princess Auto. The product can be identified by its Princess Auto part number 9049438 and UPC number 7621640108555.

The tool features an LED light, a seat belt cutter, a window breaker, a flashlight, and contains a magnet base.

The recall was issued after it was determined that the plastic threads on the tool’s battery compartment were not properly moulded. This could cause the end with the seat belt cutter to come off, preventing the tool from being used correctly during an emergency.

As of June 1, 2022, the company has received one incident report with no injuries in Canada.

Anyone who owns this product is advised to return it to a Princess Auto location for a full refund.