A Mississauga Landmark is Getting a Huge Facelift 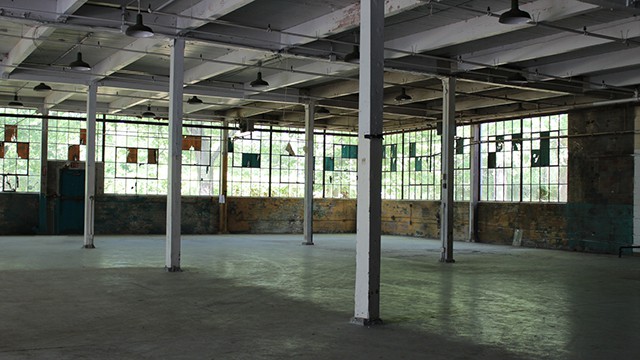 If you’re fond of heritage structures and like seeing them get a little TLC, you might be happy to know that the Small Arms Inspection Building in Mississauga’s Lakeview neighbourhood is about to receive some love.

The City of Mississauga recently announced that the rehabilitation of the building will kick off soon.

An official groundbreaking ceremony, which will be held at the structure, is scheduled for Saturday, June 17.

According to the city, the project has been approved for up to $1 million in federal government funding through the Canada 150 Community Infrastructure Program (CIP 150).

As for a little background on the building, the structure was built in 1941 and is an industrial facility that was part of the former Small Arms Ltd. munitions factory complex that operated on the Arsenal Lands. The Small Arms Building and Arsenal Lands were acquired by the Toronto and Region Conservation Authority (TRCA) in 1992, with a portion of the lands and building conveyed to the City of Mississauga in 2017. The city designated the building as being of cultural heritage value or interest under the Ontario Heritage Act in 2009.

As for what the building could eventually look like, the building website says The Small Arms Society “envisions the reanimation of this wonderful light-filled industrial building with its breathtaking spaces into a creative hub with space for workshops, learning labs, galleries, studio spaces, conferences, celebrations, cafes and more!”

The city says the rehabilitation will be in step with that vision, as it’s intended to “create a dynamic facility that will support community, culture, arts, and heritage uses.” As for what specific changes are in store, Michael Tunney, cultural planner with the city of Mississauga, says that phase 1 will be focused on the south portion of the building.

Overall, the project includes upgrades to the electrical, plumbing and mechanical systems, including heating, air conditioning, lighting and fire sprinklers. The windows and skylights will be refurbished with new glass, and new entrance doors will be installed to meet accessibility requirements.

Improvements to the interior will include new washrooms, a servery, utility sinks for arts programming, gallery lighting for exhibitions and high speed Wi-Fi.

As for the groundbreaking ceremony itself, the event–which will be attended by Mayor Bonnie Crombie, Ward 1 Councillor Jim Tovey, Mississauga-Lakeshore MP Sven Spengemann and MPP Charles Sousa–will kick off at 11:00 a.m. and feature a tree planting to commemorate the 100th Anniversary of the Battle of Vimy Ridge.

Light refreshments will be served.