A Major New Bylaw is Coming to Mississauga 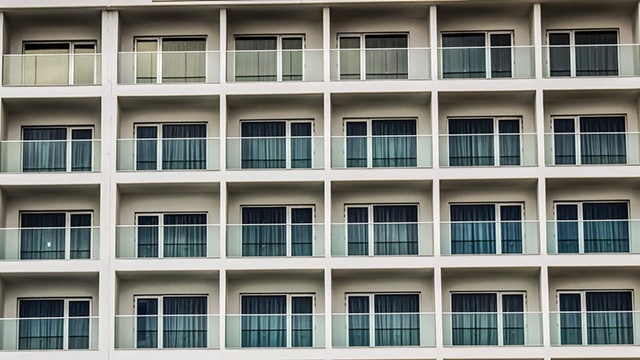 In early April, on one of the windiest days of the year, a number of experts and Mississauga residents gathered in a spacious room at the Living Arts Centre to discuss a brand new bylaw that, if created and passed, will work to ensure Mississauga’s existing–and decidedly precious–rental stock is protected.

The protection of the city’s rental stock is important, especially when considering the fact that Daniel’s rental-only Skyrise Rental Residence–a high-rise built in 2016–was the first rental-exclusive building to come to the city in 20 years.

Now that the city is actively tackling and working to implement its Making Room for the Middle: A Housing Strategy for Mississauga plan, it’s focusing on maintaining and protecting its existing stock of more affordable (for middle income earners who make between $57,000 and $103,000 per year, to be clear) rental units.

The proposed rental housing bylaw could protect existing rental units in a number of ways.

A range of options were put forward at the presentation, including establishing a bylaw under the Municipal Act, requiring a special permit to convert or demolish existing rental units, establishing a demolition control bylaw to go along with the rental protection bylaw, relying on the Residential Tenancies Act and encouraging new rental supply.

In Mississauga, the rental situation is not ideal. While new condo units (many of which are rented out by private landlords) are being constructed, rental-only buildings are rarely built. In fact, three quarters of the city’s rental stock was built before 1970 (with these buildings boasting 80 units per building, on average).

As of 2017, the city has a vacancy rate of 0.9 per cent (a healthy rate is 3 per cent). This means that there are simply not enough rental units on the market. The city also tends to lose rental units fairly frequently. During the presentation, the city said it loses about 75 rental units a year (equivalent to one building).

As for how the city loses rental units, the suites are typically lost through conversion (when the rental unit is sold off as a condo suite) or demolition. And while the loss of 75 units might not sound like much, the pattern itself is concerning–and it’s safe to assume that more units could be lost as more developers seek out building opportunities along the LRT route in the Hurontario corridor.

In fact, the LRT could make the area–particularly the more working class Cooksville area–so attractive to developers that the neighbourhood could quickly become a hotspot for luxury residences. If the corridor starts to gentrify, it’s plausible that existing rental stock could be torn down to make way for more costly housing.

At the presentation, the city pointed out the obvious–that it needs a range of housing options for residents and that rental housing is crucially important.

Under the Municipal Act, the city can establish a bylaw to protect rental housing. This bylaw would require developers to seek out additional permits to convert or demolish rental units.

As for how it would work, the bylaw would apply for conversions or demolitions of rental units in cases where there are six units or more, when vacancy rates are less than 3 per cent and in situations where rents are below $2,500 a month.

In cases of conversion, units will have to be maintained as rental for 20 years, with cash-in-lieu of retention. So rentals can be converted to condos, but with caveats in place to maintain rental stock.

As far as demolitions go, the bylaw would state that units must be replaced on one to one basis on or off-site. Cash in lieu will be available when replacement is not possible. Exemptions to this rule would apply when non-residential units are being demolished.

While residents were invited to the public meeting to learn more about the proposed bylaw, discussion tended to revolve around increases in rent prices (which the city cannot do much, if anything, to resolve or address unilaterally) and disputes between landlords and tenants (which are typically managed by provincial authorities, not municipal ones).

One woman asked city and Region of Peel officials how she’ll be protected if her landlord decides to evict her without reason, prompting experts to answer that the province does not allow landlords to simply remove paying tenants arbitrarily unless they themselves are moving into the unit.

Other attendees, which included landlords and developers, asked why it’s often so difficult to develop new rental stock in the first place.

“Stopping rental-to-condo conversion and rental property demolition is just a band-aid. You’re addressing symptoms but the issues are infinitely more deep-rooted than that,” a resident who goes by the name “cseepe” wrote on the city’s Have Your Say website.

Other attendees expressed anger at the housing climate in general, offering unconfirmed anecdotes about friends and family members reportedly being evicted by intimidating landlords for complaining about smoking or noise violations committed by other tenants or residents. Others asked that private landlords not to be allowed to increase rental rates following unit renovations (a rent control issue under provincial jurisdiction).

Interestingly enough, the province has addressed expanding rent control to buildings constructed after 1991 through its somewhat controversial (but decently effective, based on the fairly moderate and balanced year-over-year price declines the housing market has experienced since March 2017) Fair Housing Plan.

Last year, the province also proposed the Rental Fairness Act, 2017, for rent control reform and eviction protections to help keep rentals affordable for all residential buildings. So while Ontario’s Fair Housing Plan covers expanding rent control, the Rental Fairness Act would specifically address rising rental costs by expanding rent control to all private rental units, including those occupied on or after November 1, 1991.

But confusion about which level of government is responsible for what aside, the city has been proactive in working to preserve and protect rental units.

Especially since they’re all many people can afford.

“I rent my apartment and rely on apartment rentals as I can’t physically afford to own in this market,” user Ktuhlin wrote on Have Your Say.

“If my apartment was to be some to condos I would be left homeless and probably have to rent some closet condo for $1,800 a month.”

It’ll be interesting to see what happens going forward.