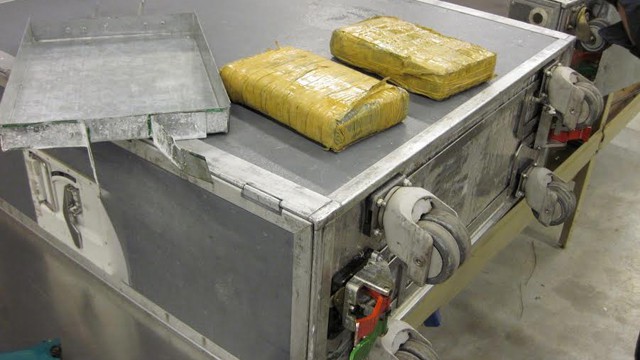 An estimated seven kilograms of cocaine has been found under an airplane’s catering trollies at Pearson International Airport, says the Canada Border Services Agency (CBSA).

“CBSA officers are always on the lookout for contraband,” said regional Director General Goran Vragovic in a statement released Monday. “This seizure demonstrates our commitment to Canadians to intercept illegal narcotics and prevent them from hitting the streets of our communities.”

Border services officers were searching the aircraft on Feb. 8 when they discovered “anomalies,” leading to an “intensified examination.” 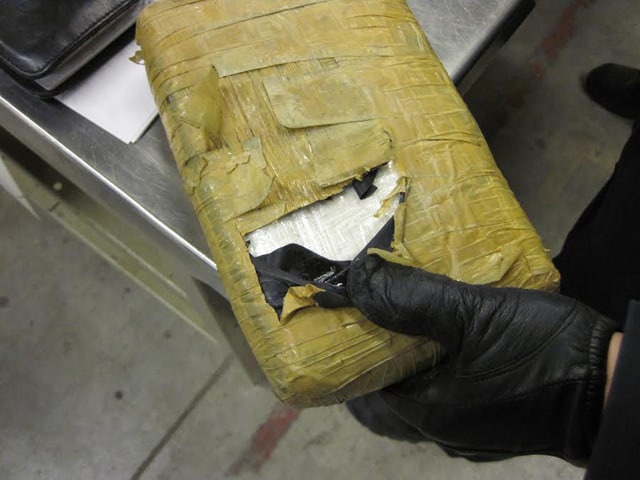 It’s unclear which airline the plane is affiliated with or which country it had flown to or from.

The search turned up seven brick-shaped packages fastened to the base of the trolleys, with a white powdery substance wrapped in plastic.

The suspected cocaine was turned over to police.

CBSA officers in the Greater Toronto Area seized more than 1,569 kilograms of suspected cocaine in 2016.

Anyone with information about suspicious cross-border activity is asked to contact the CBSA Border Watch toll-free at 1-888- 502-9060.