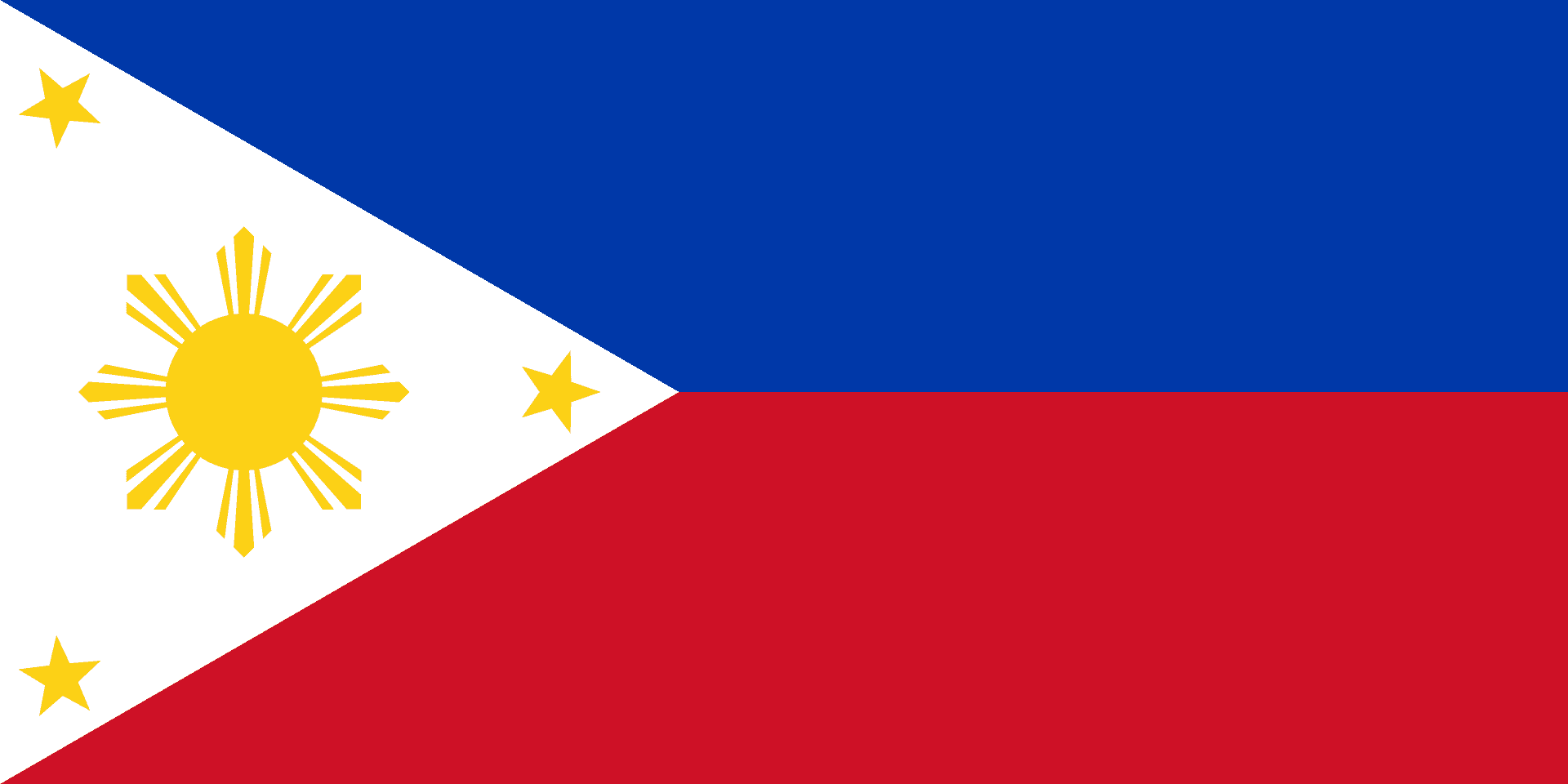 The quest for Philippine Independence, set to be celebrated at Brampton city hall, took nearly 500 years.

June 12 is Philippine Independence Day in celebration of the island nation’s escape from the more than 300-year rule of the Spanish Empire, an occasion Brampton plans to celebrate with Halo Halo at city hall.

The fight for Philippine independence was a centuries long battle with lots of characters and external force grappling for control of the island nation in a conflict that stretches back 500 years.

The Spanish arrived in the Philippines in the form of Ferdinand Magellan’s quest to circumnavigate the world in 1521. This quest first landed on the uninhabited Homonhon Island before setting up camp on Cebu Island.

Magellan, as typical of the Spaniards of the time, began converting indigenous Filipinos to Christianity and enmeshed himself in the local political struggles.

This would prove to be his undoing. He forged an alliance with Cebu leader Rajah Humabon (later Christened Don Carlos) and one of the two leaders of the neighbouring island of Mactan, Datu Zula. In time, the Spanish converted some 2,200 locals.

This did not sit well Datu Lapulapu, Mactan’s other chief who resisted conversion. Zula and Humabon meanwhile convinced Magellan to attack Lapulapu in the bloody Battle of Mactan. Lapulapu won the battle and killed Magellan, staving off Spanish colonization for 40 years. For this he is honoured as the First Hero of the Philippines

However, the Spanish Empire was a persistent lot and returned to the Philippines in 1565 under King Philip II, whose name has been attached to the nation ever since. Miguel López de Legazpi led a 500-man crew to Cebu and conquered the island despite fierce resistance.

As elsewhere in the Empire, the Spanish treated native Filipinos with brutality. While banned across the empire, slavery was permitted on the Philippine island. Conflict with the Portuguese Empire placed Cebu on lockdown in 1568. As a result, Legazpi hopped over to Panay and settled there.

He also sent his grandson, Juan de Salcedo, to lead an expedition to Mindoro to subjugate the Muslim Moro pirates in 1570. Salcedo went to raze Illin and Lubang. Meanwhile Martín de Goiti led a campaign to overthrow the Kingdom of Maynila.

In time, the seat of power moved from Cebu to newly conquered Luzon. For the next 256 years, until 1821, the Viceroyalty of New Spain ruled the Philippines from their base in Mexico City. After Mexico’s own war of independence, the headquarters moved to Madrid.

The Viceroyalty funded the Philippine colony on an average 250,000 pesos a year. While thousands of Spanish subjects flooded into the Philippines during the colonization period, few intermingled with indigenous populations, and the vast majority of the current population remains largely of Austronesian descent.

This is in part due to the caste system the Spanish enforced on the islands. People of pure indigenous descent were label Indios. Others were labeled:

These racial divisions were strictly enforced in the Spanish Philippines. Manila was completely segregated, with white citizens (Blancos) living in the walled city of Intramuros.

While this system was banned following independence from Spain and the term Filipino extended to all who call the islands home, its echoes live on in Philippine society, creating a social stratum that continues on.

During the centuries of Spanish oppression, the Philippines endured frequent attacks from other Empires in the area. Dutch and British vessels assailed the islands in competition for resources. Britain went so far as to occupy Manila from 1762 to 1764. However, the city was returned to Spanish hands at the end of the Seven Years War between Britain and France.

The Industrial Revolution kicked off a similar revolution in Philippine society in the early 19th century. Filipinos began to prosper as their economy pivoted toward international trade.

Meanwhile, a sense of Philippine nationalism developed across the islands driven by the writings of men like Jose Rizal. A renaissance man to the truest definition of the word, Rizal was a doctor and a writer who inflamed this growing national pride.

Rizal and other writers kicked of a propaganda movement in 1872, following the execution of three priests (collectively known as GomBurZa) in reprisal for the Cavite armory mutiny. He set up La Solidaridad to bring attention to Spanish abuses such as the development of human zoos which displayed Filipinos like animals.

His writings such as the national epic Noli Me Tángere (1887) and its sequel El Filibusterismo (1891), written in Spanish, were sharply critical of Spanish colonialism. Rizal returned to the Philippines to start La Liga Filipina to radicalize resistance. He was then swiftly arrested on rebellion charges and executed by firing squad in 1896 in Bagumbayan (now known as Rizal Park or Luneta Park)

Andrés Bonifacio and Deodato Arellano founded the resistance group Katipunan shortly thereafter and soon garnered thousands of followers. Bonifacio led a revolt near Caloocan known as the Cry of Pugad Lawin, the first shot in the Philippine War of Independence, in August 1896.

Aguinaldo declared a second insurgent government in October 1896, following Bonifacio in August. This led to an internal dispute in which Bonifacio was demoted and Aguinaldo elected to the Katipunan leadership in March 1897. Bonifacio rejected this development and was executed for treason.

By the end of the year, the rebels and the Spanish were forced to negotiate. Aguinaldo was exiled to Hong Kong, and the revolutionaries were paid off.

Later in 1898, the Spanish-American War broke out between the two empires, and the US attacked Manila. The American forces dominated the Battle of Manila Bay forcing the Spanish out of the Philippines.

He led yet another siege of Manila. In August 1898, Manila was besieged a third time by American forces in a mock battle. The Spanish and Americans concluded their war the following December with the Treaty of Paris.

The United States refused to accept Philippine Independence and invaded in 1899. Americans fired the first shots in February and crushed the new republic by July.

Americans continued to occupy the Philippines until 1941 when the nation was invaded once more by the Japanese Empire. However, the United States committed to independence in 1934, and a presidential election was held in 1935.

The government transitioned from an American Military government to a civilian Commonwealth to transition into full independence. The Japanese then showed up after Pearl Harbour. Their brutal occupation lasted until 1945.

While brief, it caused lasting damage with the deaths of roughly a million Filipinos. Manila was 80 percent destroyed, Cebu 90 percent, and Zamboanga 95 percent.

Following their freedom from the Japanese, the Philippines was finally set free, and the nation’s independence recognized in 1946 following their co-founding of the United Nations.

In the 1960s, just prior to dictator Ferdinand Marcos’ seizure of the country, the Philippines set their independence day on the anniversary of Aguinaldo’s declaration.

It’s a declaration Brampton plans to celebrate in partnership with the Filipino Canadians of Brampton (FFCB)​. The pair will host a Halo-Halo event at city hall hosted by Mayor Patrick Brown and city council.