A look back at the freedom fighters from Brampton, Mississauga and Caledon

With Remembrance Day right around the corner, the Peel Art Gallery, Museum and Archives (PAMA) is taking a look back at some wartime heroes from Brampton, Mississauga and Caledon.

Canadians have played a big role in defending freedom in every major conflict since 1900. Throughout World War I, more than 650,000 Canadians served in the Canadian Armed Forces, including over 1,700 residents of Peel.

PAMA’s new Stories of Service and Sacrifice virtual exhibit explores the stories of local men and women who served on the front lines, as well as their friends and family who served at home. The exhibit launches on November 9th and an accompanying PAMA teacher resource will also be available.

Residents are also invited to join special guests Matthew Wilkinson from Heritage Mississauga and artist Daniel Wong for PAMA Lunch and Learn: Remembrance, War and Comics, happening from 12 to 1 p.m. on Wednesday, November 10th. In partnership with Spent Pencils, Heritage Mississauga produces a heritage-themed comic book each year that celebrate the stories of Mississauga. Reservations are required. 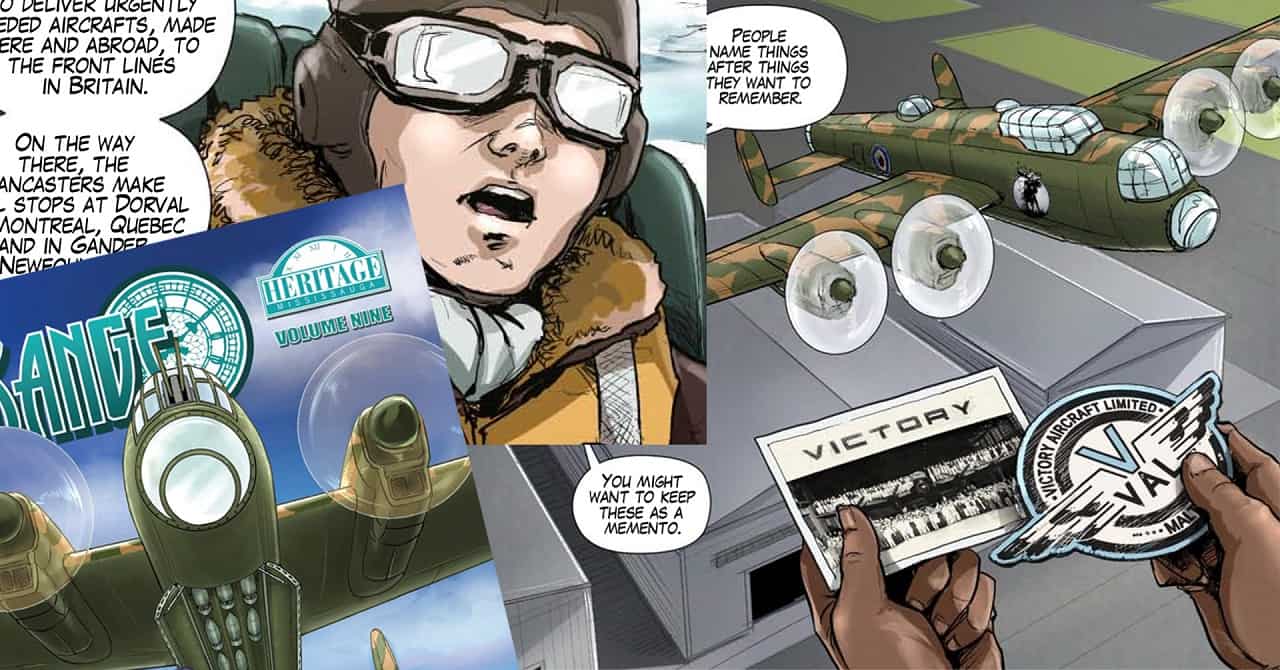 Here are just a few of the people and groups featured in the exhibit: 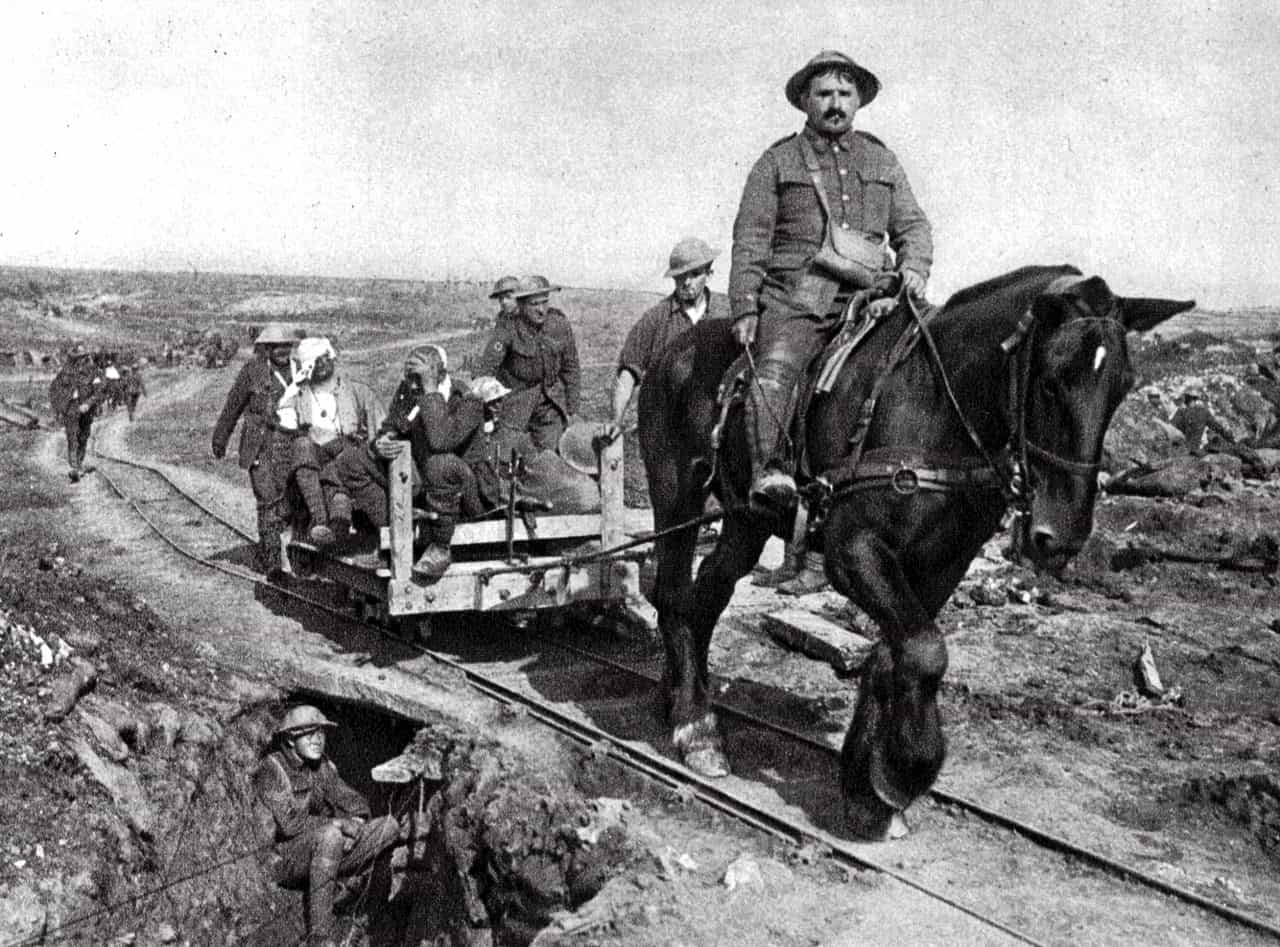 Carrying soldiers from the front line, around 1915. PAMA postcard collection.

Dr. Stubbs, from Caledon, enlisted in the Canadian Veterinary Corps in March 1917. Veterinarians cared for the hundreds of horses that were used during World War I to haul weapons and supplies, as well as to carry wounded soldiers to field hospitals. 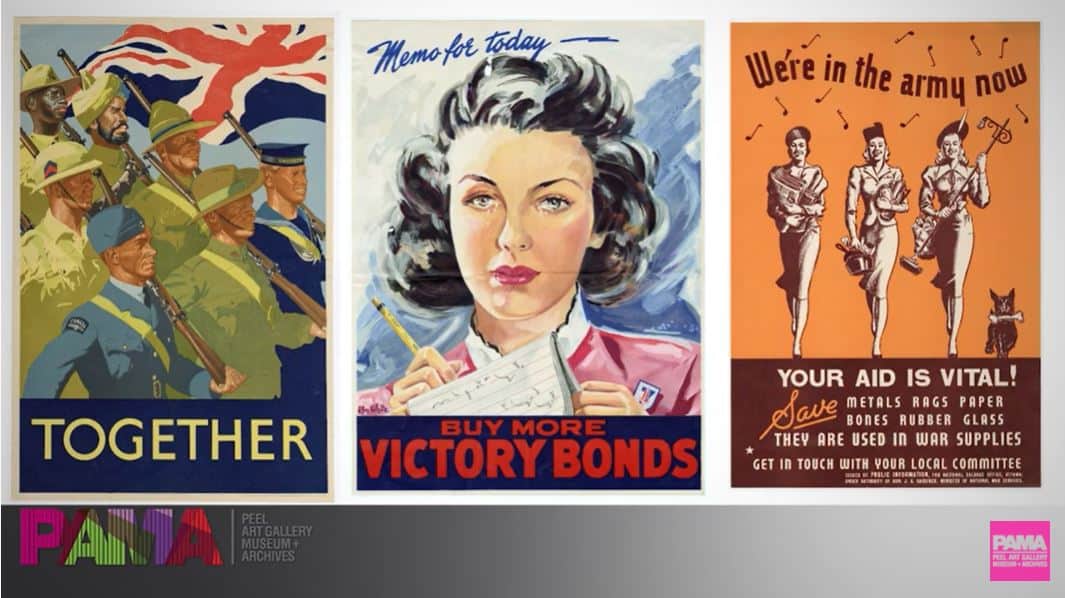 For medical reasons, local Brampton resident Ivan Melhuish was unable to serve with the Canadian Military during World War II. To support the war effort, he became a member of the Brampton Civil Defence Corps and collected almost 300 propaganda, advertising and war effort posters. Mr. Melhuish kindly donated his entire collection to the PAMA Archives. 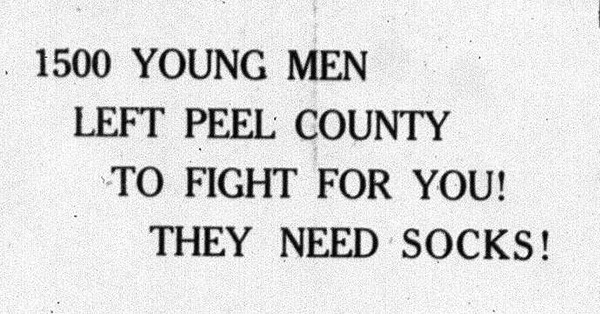 Throughout World War I and World War II, Peel women’s groups such as the Women’s Institutes, the Red Cross, and the Women’s Patriotic League volunteered to provide financial and moral support for the men and women serving overseas.

For a deeper look at more wartime heroes, check out the Stories of Service and Sacrifice exhibit and be sure to reserve a spot for the PAMA Lunch and Learn on November 10th. More content will be added to the exhibit during each coming November.