A look back at Square One in 1973 in Mississauga 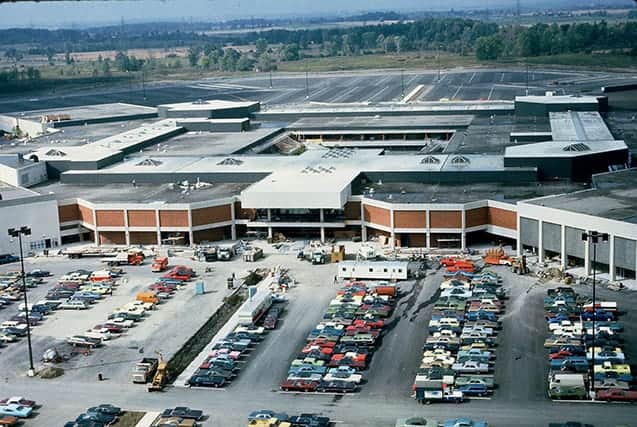 Did you know that the Square One Shopping Centre in Mississauga goes back to 1973?

Let’s look back through these incredible images of Square One when it was first built way back in 1973. 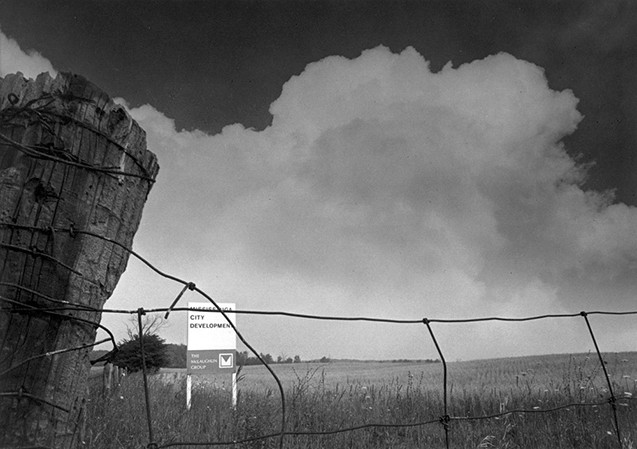 Raw land where the City Centre and Square One now stand with a sign announcing the new development in 1968. 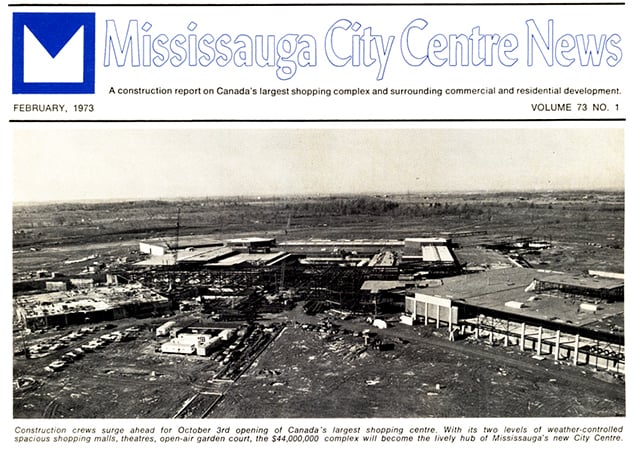 A promotional newsletter showing the early construction of City Centre and Square One. Note the caption under the image that states “weather-controlled spacious shopping mall”. Air conditioning was a newer attraction back in 1971. 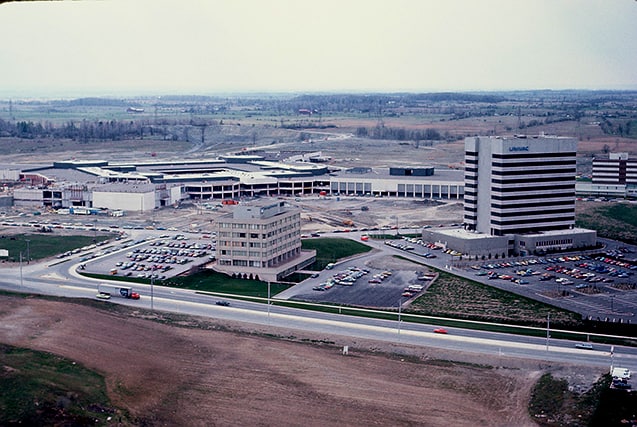 The front entrance of Square One and the three office buildings in the City Centre looking north. (1972) 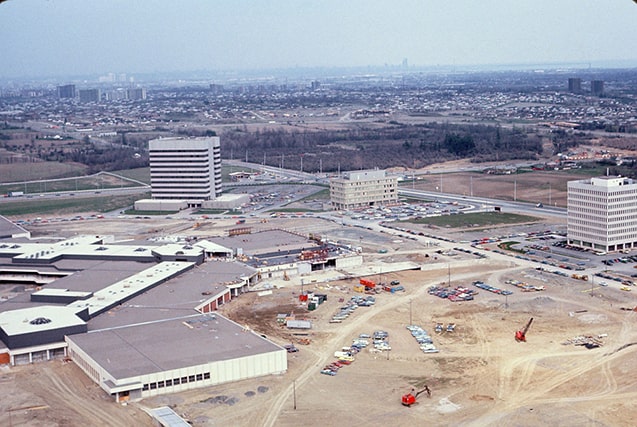 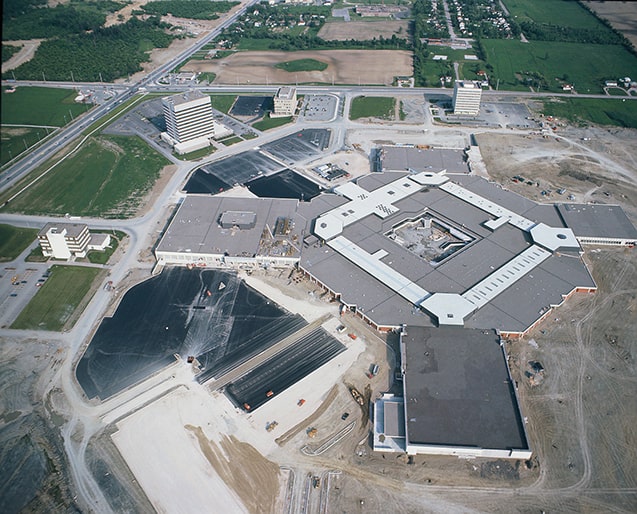 An aerial view of Square One nearing completion (looking south) and the other four offices structures occupying the City Centre at the time. Note the open-air court in the centre that had an ice rink in the winter and a place to eat in the summer.  (1973) 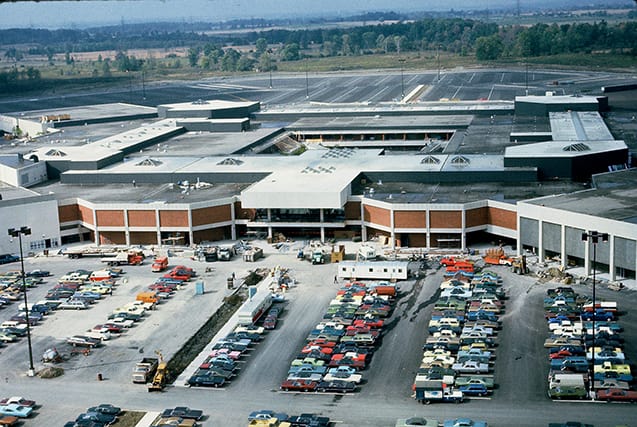 The front entrance to Square One nearing completion.  (1973) 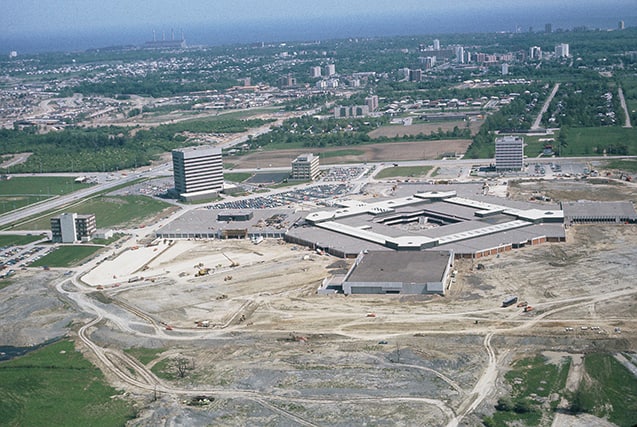 Aerial view of Square One nearing completion (looking south) and the other four office buildings occupying the City Centre at the time. (1973) 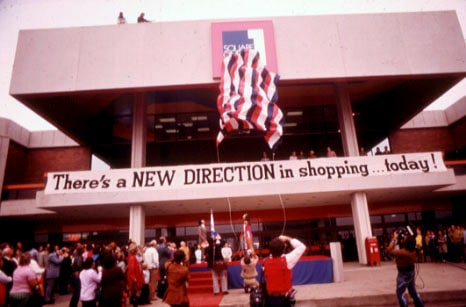 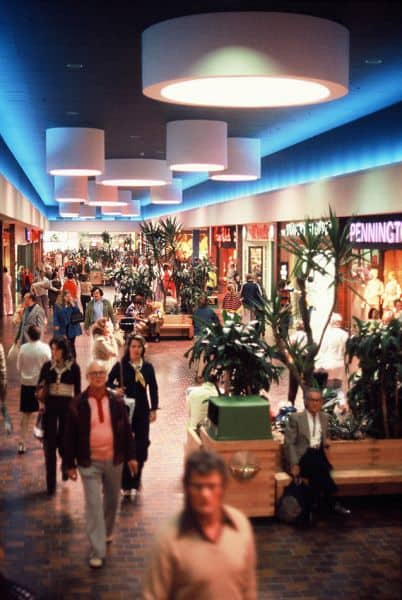 One of the hallways at Square One in 1973. Look at the ashtrays mounted on the garbage. 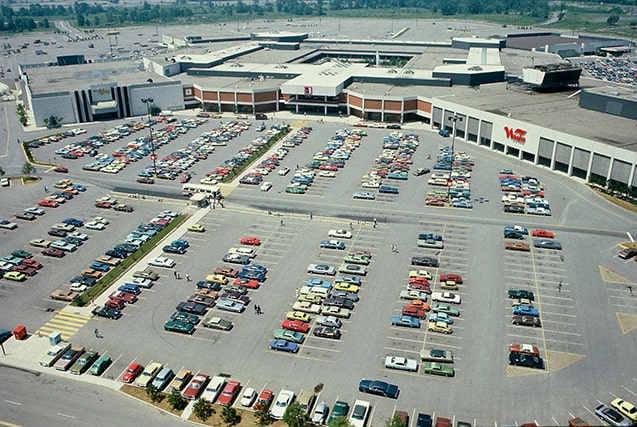 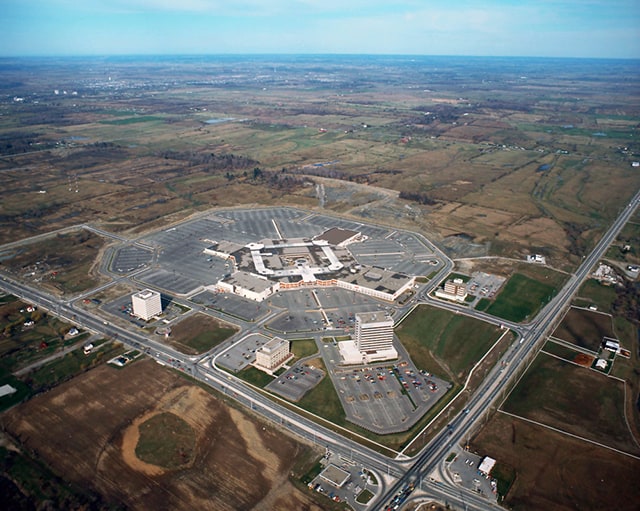 In 1974 the biggest mall in Canada at the time Square One in Mississauga opened its doors to 160 retailers.