A look at the latest COVID-19 developments in Canada 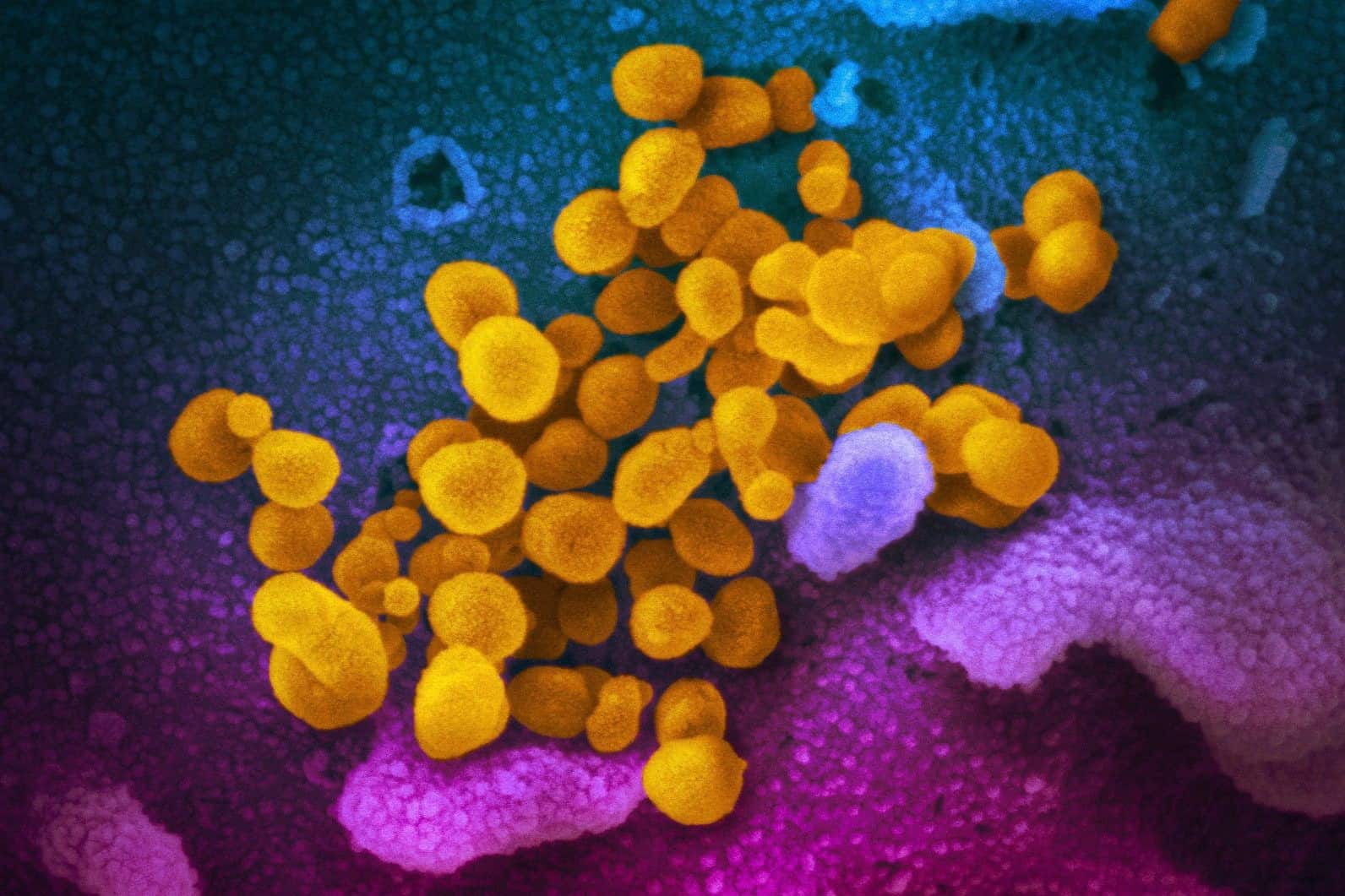 A look at the latest COVID-19 news in Canada:

— Quebec Premier François Legault says the COVID-19 curfew he imposed across the province in December will be lifted on Monday. He told reporters today the health order can be ended because the number of COVID-19 infections seems to have peaked. Legault says health officials estimate that COVID-19-related hospitalizations are expected to peak in the coming days. The curfew was imposed on Dec. 31 after having been used for almost five months earlier in the year, between January and May 2021.

— Saskatchewan Premier Scott Moe has tested positive for COVID-19 using a rapid antigen test. A statement from his office says he was not experiencing any symptoms. Moe said in a posting on Twitter that he felt fine, was self-isolating and was working from home for the next five days.

— New Brunswick is imposing a new lockdown to curb rising COVID-19 cases and hospitalizations. Premier Blaine Higgs says today the province will move to Level 3 of the government’s Winter Plan on midnight Friday until at least Jan. 30. The new restrictions include the closure of gyms, entertainment venues and indoor dining at restaurants. As well, residents can only gather with their household bubbles and indoor faith services are prohibited.

— The House of Commons ethics committee is calling on the federal health minister to explain the Public Health Agency of Canada’s collection of data from millions of mobile phones to understand travel patterns during the COVID-19 pandemic. During an emergency meeting, the committee of MPs passed a motion asking Jean-Yves Duclos and Canada’s chief public health officer, Dr. Theresa Tam, to appear before it to answer questions on the practice. The House of Commons is still on its winter break, but opposition MPs on the committee asked for an emergency session after it emerged the Public Health Agency is seeking to extend the data-collection tactic.

— Health Canada’s chief medical adviser says a decision on Pfizer’s antiviral treatment for COVID-19 is expected in seven to 10 days. But Supriya Sharma says the department reached out to Pfizer asking for shipments of the drug before approval, using regulations that allow medications approved elsewhere to be used in Canada when there is an urgent health need. Sharma says the company said no because it didn’t have any supply to send. Canada has a contract to buy one million doses of Paxlovid but Pfizer spokeswoman Christina Antoniou says information on shipments to Canada won’t be provided until Health Canada approves the drug.

— Some school boards in Ontario say they’re going to report available COVID-19 data to families now that the province has said it will no longer be regularly reporting or tracing cases of the virus in schools. Durham District School Board’s trustees passed a motion to take “all reasonable steps” to publicly report COVID-19 data, to the extent it is available. That includes reporting confirmed and presumed COVID-19 cases in schools, ensuring families and staff have a mechanism for self-reporting results from rapid tests, and providing information on school and class closures. A trustee for the Toronto Catholic District School Board says their board will also be notifying families about positive COVID-19 cases. A spokesperson for the Toronto District School Board says the board is still determining what may be possible in terms of reporting.

— Ontario businesses are calling on the provincial government to announce if establishments shuttered under the latest pandemic restrictions will be allowed to reopen on Jan. 26. Ontario Chamber of Commerce president and CEO Rocco Rossi says in a statement that now that the province has said schools will return on Monday, it’s time to provide clarity for businesses. “We implore the government to immediately clarify if Ontario will be moving out of Stage 2 of its road map to Reopen plan so employers, workers and families can plan accordingly,” he said. “Businesses, particularly small businesses, have suffered greatly over the last two years and continue to face unprecedented challenges amid a prolonged crisis.”

— Health officials in the Windsor, Ont., region have issued an order halting the arrival of temporary foreign workers for several weeks in light of COVID-19 outbreaks in the agricultural sector. In a notice issued earlier this week, the acting medical officer of health for Windsor-Essex instructed employers to cancel or postpone the arrival of temporary foreign workers until at least Feb. 2. Those who fail to comply with the order could face charges or fines, Dr. Shanker Nesathurai says in the notice.

— Brampton Transit is temporarily cancelling service on some 20 routes, citing COVID-19 related staffing shortages and reduced ridership. The city northwest of Toronto says its transit agency it will also reduce service on more than 20 other routes to ensure the system can continue to operate. The city says the changes will take effect on Jan. 17 and service will be restored as soon as possible.

— Indigenous federal inmates are infected with COVID-19 at disproportionately high rates. Correctional Service Canada says Wednesday that as of Jan. 10, there are 207 active COVID-19 cases among federal inmates. Of those cases, 39 are among inmates who identify as Indigenous, making up almost 19 per cent of the overall caseload. Despite making up about five per cent of Canada’s population, Indigenous adults in federal custody make up just over one-third of the country’s federal prison population as of 2020, according to the office of Canada’s correctional investigator.

— The school board in Delta, B.C., is requiring all its employees to show proof of vaccination for COVID-19 and is giving them less than two months to disclose their status. Board chair Val Windsor says it is taking the step to reduce the risk of staff and students getting COVID-19. Starting Monday, the district says staff will be given a minimum of six weeks to disclose their vaccination status. Those who don’t will need regular rapid testing to continue working, or they can take an unpaid leave of absence.

— Winnipeg Jets centre Paul Stastny, defenceman Brenden Dillon, goalie Eric Comrie and assistant coach Wade Flaherty have  been placed in the NHL’s COVID-19 protocol. The trio join eight teammates and one other coach in isolation ahead of Thursday’s game in Detroit against the Red Wings. The Jets recalled rookie forward Cole Perfetti from their taxi squad on an emergency basis in a corresponding move.

— Nunavut will lift its lockdown Monday as COVID-19 case counts continue to drop across the territory. The territory has been under a strict lockdown since Dec. 24, with travel restricted and all workplaces and schools closed. On Monday, travel restrictions will lift, residents will be allowed to have up to five guests in a household and offices will reopen.

— The government of Prince Edward Island says it would extend public health measures, including remote learning for schoolchildren, until at least Jan. 24, because the peak of the Omicron wave is likely still ahead. “We believe it will be another two weeks before we see the worst of this wave,” chief medical officer of health Dr. Heather Morrison told a news conference in Charlottetown. She says it’s unclear how bad it will get, however. Premier Dennis King says the government wants to avoid repeatedly opening and closing classes and to ensure that when learning resumes in person, it stays that way.

— The Newfoundland and Labrador government is hoping to have students back in school on Jan. 24, and widespread access to rapid COVID-19 tests forms the centrepiece of its back-to-school plan. Education Minister Tom Osborne says his department is trying to balance the health risks posed by the highly transmissible Omicron variant with the mental health risks of keeping kids cooped up at home, away from their teachers and friends. If schools reopen on Jan. 24, students, teachers and staff will have to take two rapid COVID-19 tests at home, approximately 72 hours apart, before they can return. If the tests are negative, they’re free to go to school, Osborne says.