Police chiefs call for decriminalization of personal drug use
Severe thunderstorms and flooding possible in Mississauga
A list of Black-owned businesses in Mississauga
Half of Canadians losing sleep over money: report
Households or bubbles? Ontario drive-ins face mixed signals on carload rules

A Look at Some of the Best Buildings in Mississauga

Mississauga has not always been known for award winning architecture (just check out the city's top 5 ugliest buildings) but over the years, urban design concepts have been working their way into the public realm. The Marilyn Monroe Absolute Towers and future M City development are just some examples of new and innovative urban architecture coming to Canada's sixth largest city.

But despite a city traditionally known for bland architecture, Mississauga has been hosting its urban design awards as far back as 1981. The Urban Design Awards recognizes exceptional designs that "demonstrate innovation, a sense of place, environmental and sustainable practices and character area enhancements and criteria."

The 35th annual awards recently took place at the Sheridan College Hazel McCallion campus, and the results were announced by a jury panel comprising of:

For this year's awards, the theme was "Design that Moves Us.” It centered around how urban design can motivate people to be active and move around the city. The categories were Award of Excellence, Award of Merit, Award of Healthy by Design, and the People's Choice Award.

Here are the results, based on the winning submissions: The Meadowvale Community Centre takes home the Award of Excellence as well as the Award of Healthy By Design. According to the jury, the facility "adds a very important social contribution to the urban fabric, and it serves as an accessible gateway for wellness, recreation, and literacy for the entire community."

The jurors also found that there were many outdoor and indoor amenities, as well as gathering spaces that are well used by and suitable for those young and old. Also mentioned were the excellent visual and physical connectivity to Lake Aquitaine and the surrounding trail system. The Mississauga Transitway stations win the Award of Merit, as the jury says, because "the eleven transit stations are linked by a common language that is expressed in elements of the architectural design such as the roof forms, elements of the site and landscape design, the palette of exterior and interior finishes as well as the public art."

The Transitway stations also earn an Award of Healthy by Design for its connectivity to active transportation systems, the impetus that it provides for the development, and the concentration of density in transit station areas. 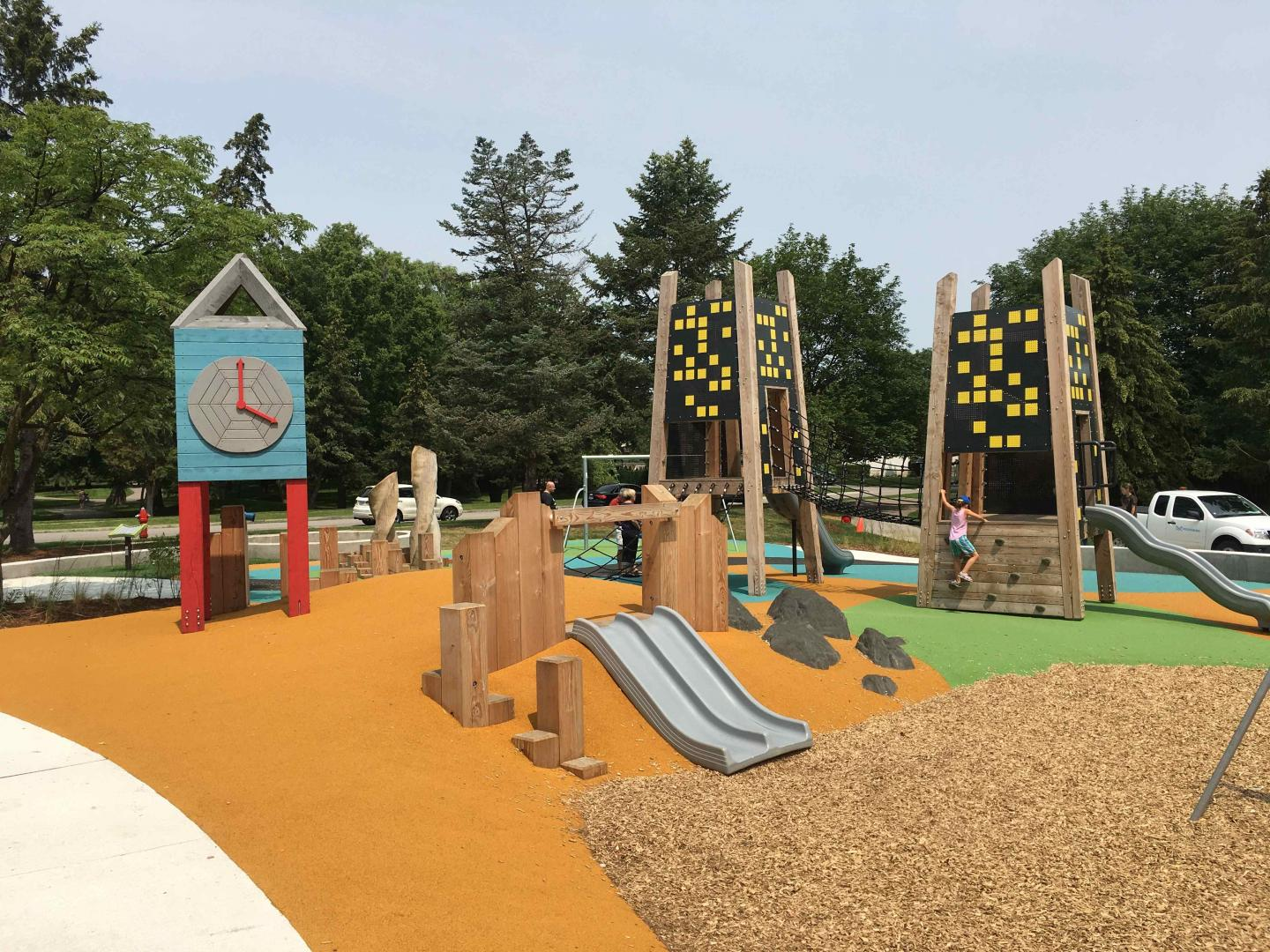 Completed in 2017, Jaycee Park was designed and constructed as an inclusive sensory play environment for children and caregivers of all abilities, incorporating play elements that are reminiscent of Mississauga ‘s skyline, creating an appropriate environment for social connections and interaction.

In the words of some of the jury members, “I thought it was part of the streetscape “, “there are things in this park that I have never seen before “, “It pops with life and excitement, and if I were a kid, I would want to spend each and every day here”.

Jaycee Park earns an Award of Merit for the following: 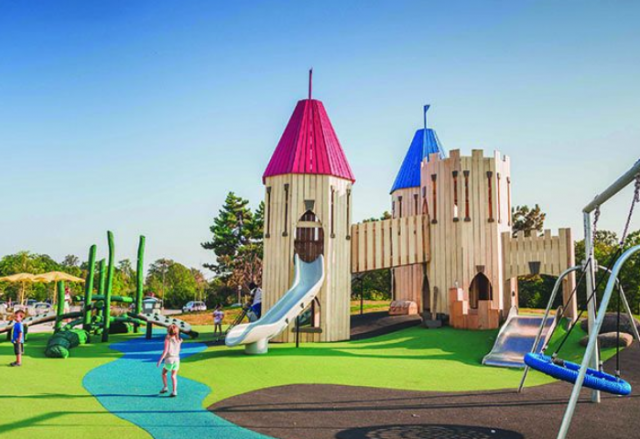 The submission for Paul Coffey Park is for a smaller area located within a larger existing District Park. Paul Coffey included a revitalized existing arena, as well as a new playground with exceptional play value demonstrated by the many activities that children can engage in, and the skills that they develop as they engage in those activities.

Paul Coffey earns an Award of Merit for context and significance on a community/district scale. This is demonstrated by the way in which it fits appropriately within the context of the greater park. The new play area, renovated arena, public art mural and a revitalized streetscape all contribute to creating a transformative space consistent with the “My Malton” community vision project.

The People’s Choice Award is part of the 2018 Urban Design Awards program. It was launched on the City of Mississauga’s Facebook page on June 15. Photographs and addresses of all the developments that were nominated for the 2018 Mississauga Urban Design Awards were published on the Facebook page, and from June 15 until August 24, all legal residents of Mississauga were invited to ‘Like’ or ‘Love’ their favourite development.

What did you think of this year's winners of Mississauga's Urban Design Awards?

Square One set to reopen this week in Mississauga
After initially being held back from entering Stage 2 of the province’s three-phase reopening plan, Mississauga has finally been given the green light to allow more businesses to open their doors.<
END_OF_DOCUMENT_TOKEN_TO_BE_REPLACED