A Look at One of Mississauga's Most Influential Women

Although there are many occassions to celebrate women (International Women’s Day in March, Women’s History Month in Canada in October, Mother’s Day in May), few actually pay attention to the stories of historically important women all year round.

Mississauga has been fortunate enough to have been shaped by many incredible women (its long-standing and beloved mayor, Hazel McCallion, being one of its most recognizeable). But although we’ve all heard of McCallion, Bonnie Crombie, Silken Laumann and Fran Rider, not all of this us have heard of one particular Peel trailblazers—Helen Boorman Tucker (1904 -- 1998) 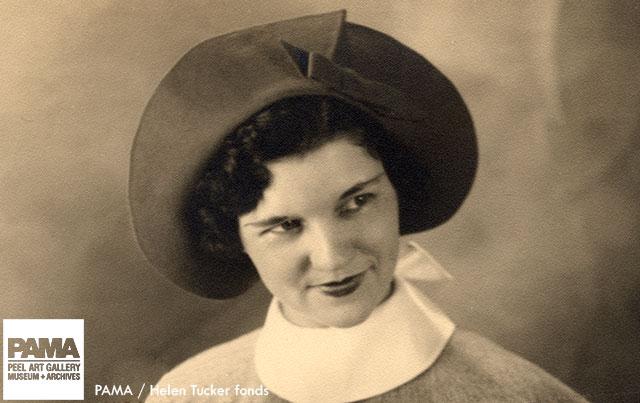 “As a woman, I have no country. My country is the whole world." - Helen Tucker

One of Peel's trailblazers was Helen Boorman Tucker (1904 -- 1998), a mother, teacher, and peace advocate who co-founded the Canadian group, Voice of Women for Peace (VOW), in 1960. Today, VOW still urges women and governments around the world to advocate for peace.

The Texas-born Tucker moved to Canada in 1938 and soon settled in Port Credit, where she lived with her husband, William, and four children. She taught at the University of Toronto, offering the equivalent of an English as a Second Language speech communication course for European immigrants, some of whom were post-World War II refugees from European concentration camps.

Tucker supported the United Nation’s mandate. In 1948, she participated in a UNESCO (United Nations Educational, Scientific and Cultural Organization) travel mission and then she led, or participated in, five subsequent missions. By the mid-1950s, she was president of the Toronto Women’s Section of the UN Association of Canada. In 1955, she arranged for former US First Lady Eleanor Roosevelt to speak at Toronto’s Massey Hall. Roosevelt, a UN delegate, helped to draft the Universal Declaration of Human Rights. Tucker introduced Roosevelt’s speech about universal human rights and considered this one of the stellar moments in her career.

At the height of the Cold War era, when Tucker co-founded VOW, people were concerned that the United States and Russia might have a nuclear war. VOW worked to promote peace and disarmament, and Tucker went on to organize international peace conferences and helped establish the Canadian Peace Research Institute.

She was involved in dozens of campaigns and organizations that focused on world peace and she corresponded with people from around the world, including those in China, Egypt, India, Japan, and the Netherlands. In 1966, she also co-founded the Canadian Chapter of the Registry of World Citizens, which promotes international peace. The Canadian branch is still based in Mississauga.

Women’s and children’s rights also became an important part of Tucker’s work in her later years. She became secretary of the National Ad Hoc Committee on the Status of Women in the 1970s and directed the International Year of the Child project in Mississauga in 1979. At age 85, she also attended the Grandmothers for Peace rally in Moscow.

Tucker’s records were donated to the Region of Peel Archives, where researchers can review them. The records include correspondence, diaries, subject files, photographs, speeches and notes, and family papers which reveal much about the life of one of Peel’s trailblazing women.