One of Canada's largest vaccination clinics will open in Brampton this month
ARRESTED: Man wanted in connection to a kidnapping in Brampton has been arrested
Doses after Dark clinic now open to Brampton and Mississauga workers
Milton investing $4.2M to design and build parks in 2021
September a possible return to restaurant indoor dining cited by Mississauga mayor

A Look at Brand New Neighbourhood That's Coming to Mississauga

Mississauga already boasts a healthy population of well over 700,000 people, but it’s still working to redevelop underused swaths of land in order to not only welcome more (a natural byproduct of development), but also give current and future residents more destination neighbourhoods.

In the last year or so, the city—and late city councillor Jim Tovey—has made significant progress on the massive and ambitious Inspiration Lakeview redevelopment project involving the substantial Lakeview Generating Station lands. 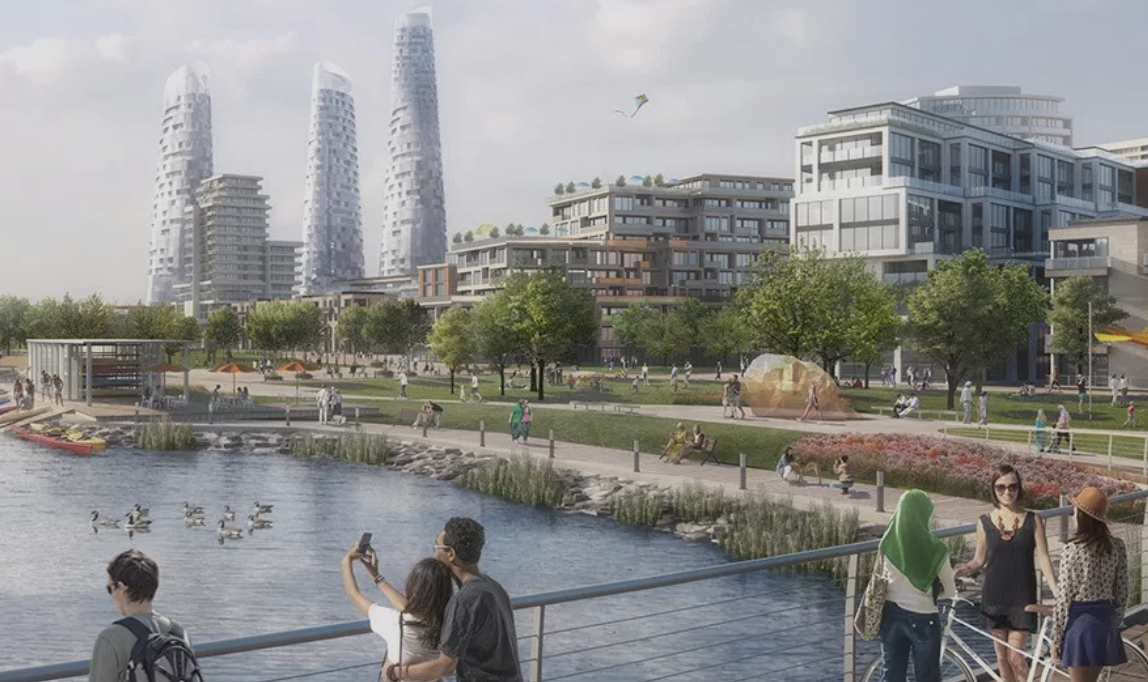 The name of the neighbourhood that’s slated to take shape in the area?

The soon-to-be-developed village will be interesting in the sense that will essentially go from being an abandoned coal-fired power plant to a “vibrant, sustainable and more connected community.” “The development of the Lakeview lands has been and will continue to be a collaborative effort and a new way of community building,” said Bonnie Crombie, Mayor of Mississauga.

“Getting to today was no small feat. We owe much of our progress to the late Jim Tovey and to the residents behind Inspiration Lakeview. I’d also like to thank the Government of Ontario for making Lakeview a priority and for transferring a portion of the property to the city to support innovation and promote culture. Together, we’ve built a solid master plan we can all be proud of. I look forward to continuing to work with the community as we transform our vision for the lakefront into reality, while putting Mississauga on the map as a destination.”

The city says two projects are underway - access to the western pier and the innovation corridor feasibility study - to support public access to the waterfront and to attract innovative industries to the area.

As far innovation goes, LCP says it Mississauga’s idea for the Serson Innovation Campus will be “actively integrated into the heart of Lakeview Village.” The campus will be designed to deliver a new innovation centre at the foot of the water and close to transit.

LCP also says that Serson Square will function as a central gathering place where year-round activities can be held. The area will offer retail, office and residential space and can also be used as an arts and cultural hub that incorporates multi-cultural programming.

In terms of other features, LCP says the Waterway Common will be an extension of Serson Square. The park will be a primary focus for the community and will serve to physically and visually link the existing park system.

The waterfront will link the existing parks to the west (Lakefront Promenade Park, Douglas Kennedy Park and Lakeview Park) and the east (Marie Curtis Park). LCP also says a distinctive boardwalk and water’s edge treatments will facilitate waterfront programming that will allow for “both passive and active recreation.”

“The city engaged in an initiative that spanned years of consultation, collaboration and consensus,” said Janice Baker, city manager and chief administrative officer.

“The outcome of the process was a collective community vision of a mixed-use neighbourhood, with a vibrant public and private realm including open spaces, cultural amenities and a hub for employment. The Inspiration Lakeview Master Plan is the result of tremendous grass-roots energy and commitment, with a true ‘made-in-Mississauga’ stamp on it. We look forward to receiving the formal application and commencing our technical review and to further engagement with the community to bring this vision to a reality.”

The public is still being invited to weigh in on the ambitious plan.

“The proposed policies are still in draft and the city is currently inviting comments from the public and key stakeholders as part of the Official Plan Amendment process,” says Angela Dietrich, acting director, city planning strategies.

“It is really important to have strong land use policies that align to this massive and important redevelopment. We have one chance to get this right.”

“The future is bright for Mississauga,” said Ward 1 interim Councillor David Cook. “I know that Jim’s vision will continue to be realized. Look how far we have come already.  We have great residents in Lakeview who are committed to helping us transform the waterfront into a destination for all to enjoy.”

Popular Toronto Thai restaurant opening a location in Mississauga
Mississauga’s newest Thai restaurant, Mo Thai, is coming to Cooksville before the end of May.
END_OF_DOCUMENT_TOKEN_TO_BE_REPLACED