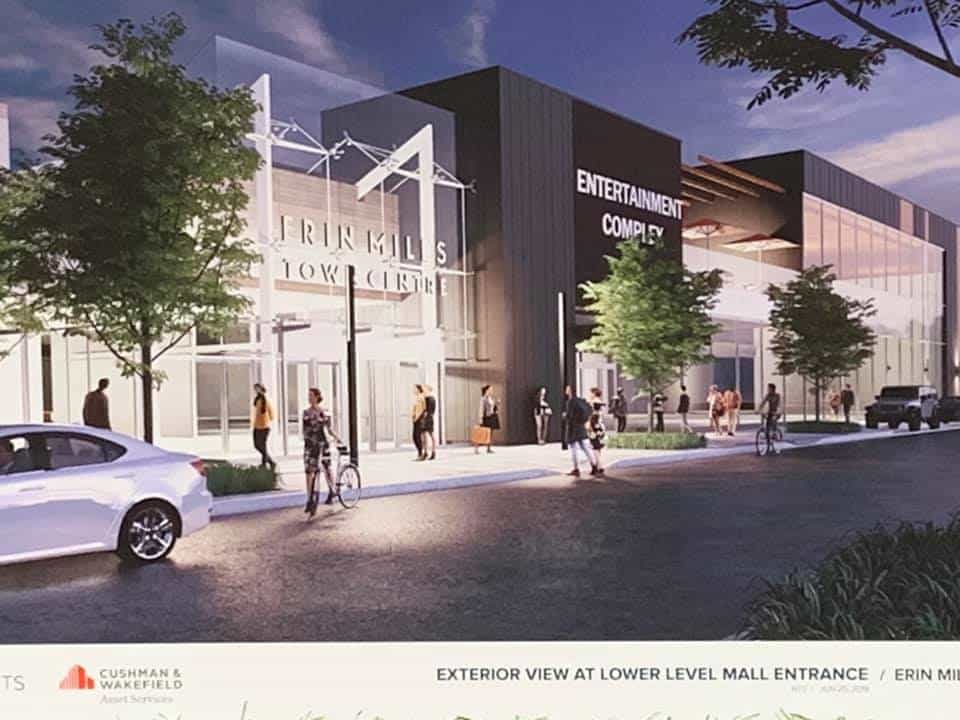 Over the past few years, shopping centres in Mississauga have garnered a great deal of attention and for good reason–they’re growing and welcoming more stores, restaurants and recreational spaces.

Square One generated huge buzz with its newly-opened Rec Room and Food District locations, and it looks like Erin Mills Town Centre is about to excite people in the community with a huge announcement regarding its former Sears location.

On June 26, Ward 9 Councillor Pat Saito announced that EMTC–a shopping centre that recently underwent a multi-million dollar facelift–will be welcoming a movie theatre and entertainment complex to the area once occupied by the now-defunct department store.

The area will also house a Marshall’s store.

“I can finally announce we are getting a theatre complex in Ward 9!!!,” Saito wrote on her Facebook page.

“The old Sears at Erin Mills Town Centre will be renovated to add a full entertainment centre and a Marshall’s store. It’s been hard not sharing the news but it was part of our Open House at the mall tonight.”

While there aren’t too many details on the project available right now, Saito told insauga.com that the space will be home to a movie theatre, other entertainment activities and restaurants.

Insauga.com has reached out to Erin Mills Town Centre for more details.

While the news might surprise those who are used to watching movie theatres leave malls, the move to welcome a theatre and entertainment complex makes sense. With brick and mortar retailers struggling to compete with e-commerce platforms such as eBay and Amazon, those who frequent shopping centres might be looking for more dining and recreational opportunities.

With the Central Erin Mills neighbourhood growing and welcoming more condo towers, residents will no doubt enjoy having a place to eat, shop and play nearby.