A gourmet grocery store is coming to Mississauga 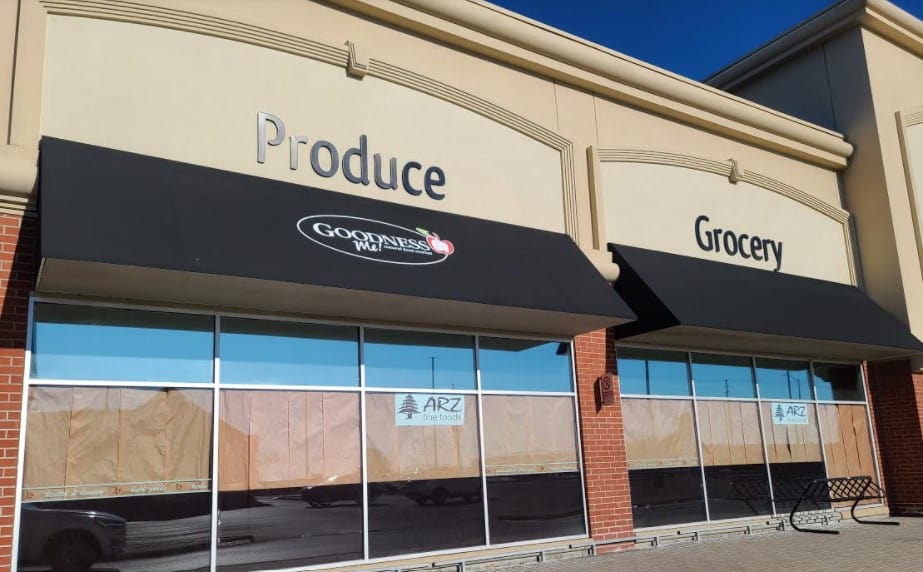 A new gourmet grocery store is coming to Mississauga.

Arz Fine Foods is taking over Goodness Me, located on Bristol Road in Mississauga.

The grocery store boasts “Mediterranean Gourmet where exotic and traditional Middle East meets contemporary and curious West,” according to their website.

The shop was founded in 1989 by the Boyadjian brothers. The Middle Eastern food shop also boasts an extensive bakery featuring some Lebanese pastry specialities.

There is no official opening date but there are signs up for the new grocery store.