A Few Long Roads Ahead for Mississauga 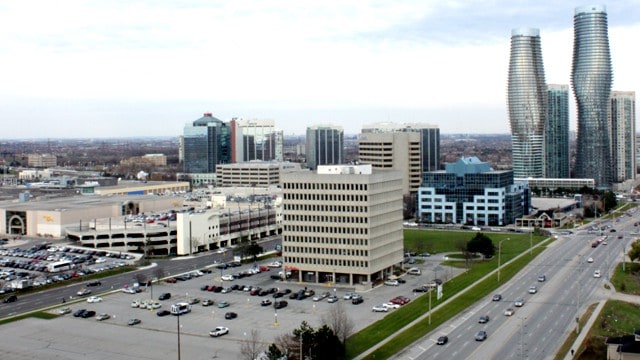 When Milton, Mississauga’s quiet, once-rural neighbour, embraced suburbia and welcomed the development of condos, subdivisions and strip malls, some new residents reported a silent but heavy tension between themselves and the “Old Milton.” That was to be expected. Change is hard. That said, it’s often necessary, and while Mississauga appears to want to change – see the massive development around Square One – it hasn’t fully welcomed a complete urbanization.

In Mississauga’s case, the problem is not that traditional residents give the opulent Marilyn Monroe condos the hairy eyeball. Rather, the issue is the city’s slow, perhaps confused, approach to accommodating more residents in the already-crowded city centre. In short, Sauga — the quintessential driving city — may struggle to handle increased rush hour traffic and resultant strain on its oft-criticized public transportation system.  And as development continues, and the city struggles to balance a changing budget, old ‘Saugans may see their once-affordable suburb turn into something flashier, more urbane, and ultimately, more expensive.

According to Toronto Star writer Christopher Hume (who has but a few kind words about long-long-long-time mayor Hazel McCallion), the city’s future is fiscally bleak (http://www.thestar.com/news/mississauga/article/1118316–hume-mississauga-waking-up-to-a-new-reality). The Star reports that the city’s infrastructure deficit is scheduled to hit $1.5 billion in the next two decades, and that Mississauga’s roads department is set to face some fiscal downsizing. It appears that the city, which has seen explosive development in the relatively short period of time since its inception, might suffer some late-in-life growing pains when the costs of essential services, such as road repairs, climb. Oh, and property taxes are also expected to rise exponentially — something McCallion has attributed to poor management at the provincial level. But with traffic increasing, cuts looming, and taxes rising, are people prepared?

When scouring Sauga’s official website for news, the future looks bright. The city published the blueprint for its 21 Downtown Master Plan back in 2009. The plan, summarized here (http://www.mississauga.ca/portal/residents/downtown21?paf_gear_id=10200022&itemId=104802803n) promises a “walkable” and compact downtown core complete with stores, restaurants, outdoor cafes, parks, markets, and cultural spaces.  The three-stage — research, education, realization — operation seems organized, but a quick glance at the Coming Events section reveals that the plan hasn’t been updated or implemented in almost two years. The last public presentation on the initiative took place in April of 2010, so it appears that the proposed urbanization of the Hurontario/Burnhamthorpe area is on hold.

What’s also problematic is that while all residents will have to absorb increased costs through fees and taxes, major development projects are mostly scheduled for the Square One area. This could leave Meadowvale, Malton and Streetsville residents wondering why they’re paying more for little to no infrastructural change in their neighbourhoods.

But a chief issue, and one that will be more difficult to deal with as costs rise and spending falls, is the state of the roads in the downtown core. With new condo developments (the Marilyn Monroe buildings) and the recent opening of the Mississauga Sheridan College campus, traffic will get worse before it gets better, and the influx of students (many of whom may not drive) could put even more pressure on the ailing bus system. In the mornings, the traffic on the eastbound 403, QEW and 401 is torturous. The eco-friendly HOV lane has done nothing to ease up congestion on the 403, and the gridlock shows no signs of decreasing on the side streets, either.

Looming service cuts, rising taxes and increased traffic congestion are a perfect storm of annoyance for weary residents who see emptier wallets and longer commutes (and no new outdoor cafes along Hurontario to ease the pain).

That said, those who want better roads and a more vibrant city centre will have to understand the costs and be willing to accept that they can’t live in Toronto-lite for free (or close to it). But if cuts are coming and with prices rising, the city should be prepared to offset the shock by actually fixing its transit problems and building those cafes. Chop chop!