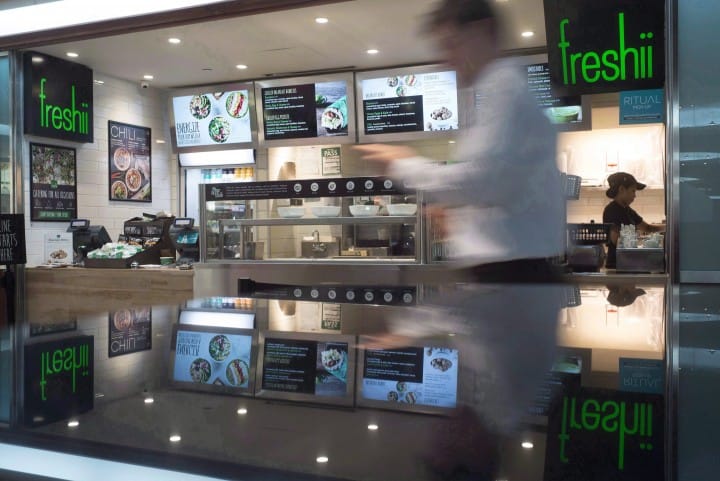 TORONTO — Freshii Inc. reported a roughly half-million second-quarter loss amid the COVID-19 pandemic that saw many of its restaurants temporarily close.

Revenues totalled $2.4 million for the quarter, down from $5.1 million in the same quarter the previous year.

The company says it closed 40 underperforming locations during the quarter, and opened three locations.

The eatery says it has implemented several cost-cutting initiatives, including reducing headquarters staff in early August, which will help fund a $1-million investment over 12 months to accelerate sales recovery by launching a new mobile app and other measures.

“While recognizing the challenges that the COVID-19 pandemic continues to present to our franchisees, employees and the broader restaurant industry, we are encouraged by the improving sales and reopening trends we are now seeing each week in our restaurants,” said Matthew Corrin, chief executive officer.

Freshii also announced Marc Keilburger, co-founder of WE, resigned as a director of the company effective Friday for “personal reasons.”

Keilburger’s WE Charity has been embroiled in controversy after the Liberal government decided to pay it $43.5 million to administer a now-abandoned student grant program.