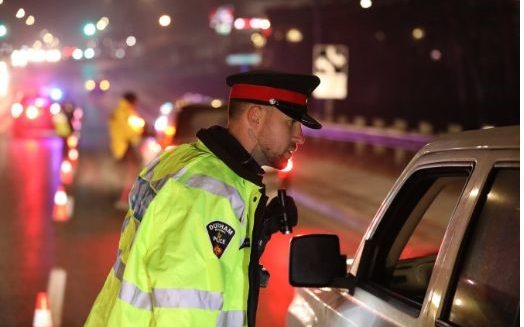 Another dozen impaired drivers were caught during Durham Police’s final week of the Festive RIDE Program, bringing the total number of people charged with impaired during the six-week campaign to 77, up a dozen from last year.

Officers stooped nearly 10,000 drivers this year, versus 6.761 in 2021, so the “vast majority” of drivers are following the rules and regulations, DRPS said in a statement. “Our members are thankful for that and grateful for the calls and information provided by the public with respect to impaired drivers.

During the final week DRPS conducted RIDE checks throughout the region, working closely with frontline officers, the OPP RIDE team and MADD Durham representatives, and stopped 1,766 drivers with one goal: roadway safety.

“Although this program places an emphasis on impaired related offences, officers sought to ensure the safety of the roadways within our region,” the statement read. “While the vast majority of motorists are abiding by the rules and regulations, some people seem oblivious to the dangers of impaired driving. One driver even had an unsecured toddler in the car while operating impaired by drugs

The 2022 Festive RIDE final totals, with the 2021 numbers in brackets:

Note: Under the Ontario Highway Traffic Act, anyone charged with a criminal impaired driving offence will have their driver’s licence suspended for ninety days and their vehicle impounded automatically for seven days.

.@DRPS completed its final week of the Festive R.I.D.E program, stopping more than 1,766 vehicles and charging 12 drivers with impaired driving offences. This year saw 77 motorists charged in total. Still far too many. #WeNeedToDoBetter