A Brand New Netflix Show is Filming in Mississauga

Judging from the recent film and TV crew activity in Mississauga, it's safe to say that the city has become a big and important part of "Hollywood North."

Just like week, we found out that some scenes from the popular TV show The Umbrella Academy, which stars Ellen Page, Tom Hopper and David Castaneda, have been filmed in Mississauga.

Now, it looks like another Netflix show, Spinning Out, has been filming in the city.

The City of Mississauga recently confirmed that crews were filming interior and exterior scenes at Wally's Restaurant (located in the Hurontario and Central Parkway area) for the Netflix show.

The TV drama, which stars January Jones, Kaya Scodelario and Mitchell Edwards, revolves around a skater who is dealing with the aftermath of a career-ending fall. 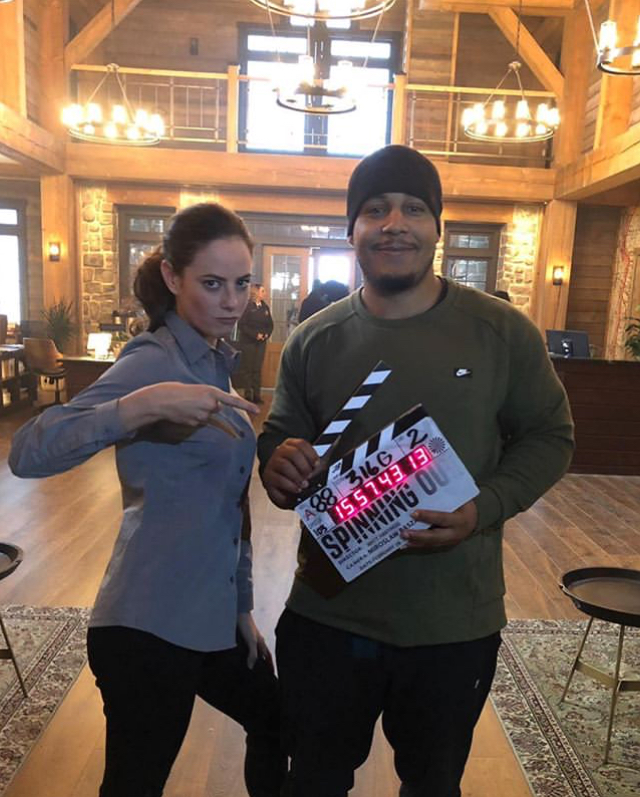 According to IMDb, the single skater seizes an opportunity to continue as a pair skater with a bad-boy partner. While that sounds intriguing enough on its own, Netflix says the athlete must also grapple with family issues and her own inner demons in order to revive her career.

As we said earlier, it looks like Netflix quite enjoys Mississauga.

In 2017, an episode of Black Mirror--directed by acclaimed actress Jodie Foster--was partially shot in Mississauga.

The scene in the Arkangel episode was filmed at the "Accent Furniture Warehouse," which is located in the Dundas and Dixie Area.

Mississauga has actually been the site of scenes from a number of TV shows the past, and now we can put two Netflix series' on that prestigious list.

The 10 episode Spinning Out is set to premiere this year.

Popular fried chicken joint planning to open new location in Mississauga
If you love chicken and waffles, you might be excited to hear that a popular chain with locations in Toronto is heading to Mississauga in the not-too-distant future.
END_OF_DOCUMENT_TOKEN_TO_BE_REPLACED