A Black History Month Marketplace is Coming to Brampton 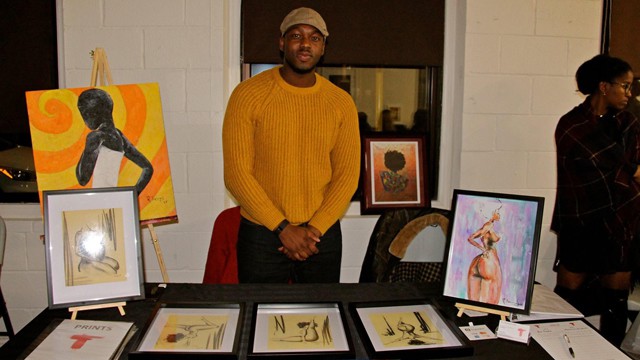 February is Black History month and one local community group is taking it a step further by highlighting black entrepreneurs in the community.

February is Black History month and one local community group is taking it a step further by highlighting black entrepreneurs in the community.

Community group Soultry will be hosting a black business marketplace as a way to not only promote local black-owned businesses, but to increase support for these various enterprises. The event, entitled “For Us By Us,” aims to bridge the gap that exists between homegrown companies and community support. The name of the event plays off both the popular urban clothing brand “FUBU” which was started by Daymond John (current investor from Shark Tank), as well as a popular song by R&B artist (and Beyonce’s sister) Solange Knowles.

Breanna Chanelle, who is the founder of Soultry, emphasized the event’s importance for Black History Month, saying it’s a way to change the current narrative that’s regularly associated with the month every year.

Chanelle says the event could move forward from recognizing stories of slavery and oppression to celebrating success within the local black community, and putting the focus on increased support and resources.

Soultry began in 2013 as a discussion group that would meet frequently in the basement of the Knowledge bookstore located on Queen Street in downtown Brampton. The purpose of the discussion groups was to create open dialogue around the issues and interests of the Peel community, as topics such as relationships, personal wealth and crime/violence were regularly discussed amongst its members.

In 2015, the initiative took it the next level by spearheading a large event called “Don’t Shoot” which analyzed the issue of police brutality from both a local and global point of view. “For Us By Us” is their first major event for 2017 and is geared towards promoting community and solidarity between consumers and homegrown businesses.
Soultry looks to do more events that are similar in nature this year, while also facilitating discussions online and through a newly formed book club, all of which address various community issues.

When asked if the group and the event was solely geared to the black community, Chanelle responded by emphasizing the importance of dialogue “It’s not a black thing, it’s a community thing. Whatever needs exist within the community, we are here to deal with it.”

The group is also committed to engaging open-minded individuals from other backgrounds to join in on the conversation, as other perspectives can easily be relatable.

For Us, By Us will consist of various discussions between black consumers and black business owners, focusing on the difficulties both parties face when attempting to gain support from one another. Along with this, there will be various opportunities to network with business owners, learn about their business ventures and support them by purchasing their products and services.

The event will be taking place on February 11 at the Redwood event center (173 Advanced Blvd, Unit 26).

You can purchase tickets here.