A Big New Development is Moving Forward in Mississauga

When it comes to new developments, Mississauga is a hotbed of activity—and it looks like another proposal is officially moving forward.

A proposed development received approval at a recent council committee meeting at City Hall, but it is not a high-rise (which will no doubt please residents who have grown tired of condos).

The new development will encompass 144 stacked back-to-back townhomes that will be located on the north side of the QEW and the west side of Camilla, fronting North Service Road. 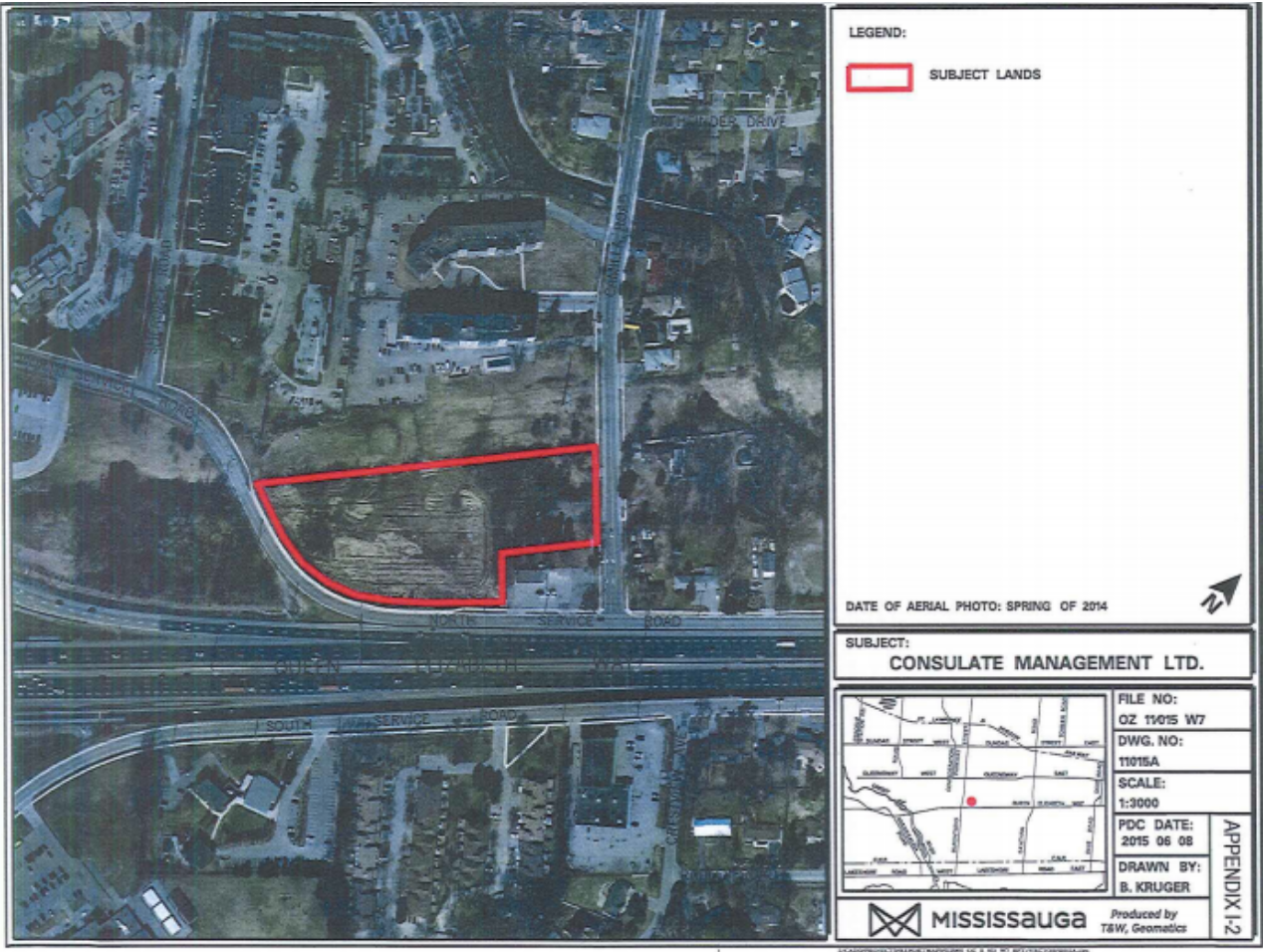 The lands themselves still have to undergo a number of processes, such as approval from the Credit Valley Conservation (CVC) in regards to the management of flood water. Approval will also be necessary to remove the “H” symbol (Holding Symbol) from zoning. The “H” designation means that the lands must remain on hold until an engineer certifies that the lands adhere to flood proof requirements to the satisfaction of the city and CVC.

Since the last meeting, developers have met with Councillor Nando Iannicca and Mayor Bonnie Crombie to discuss not just the development, but also the opportunity to build surrounding parks and parquets. It has been suggested that there will be a 250 square meter parquet on the lands themselves and the developers will put forward an additional $450,000 for the development of Hancock park. 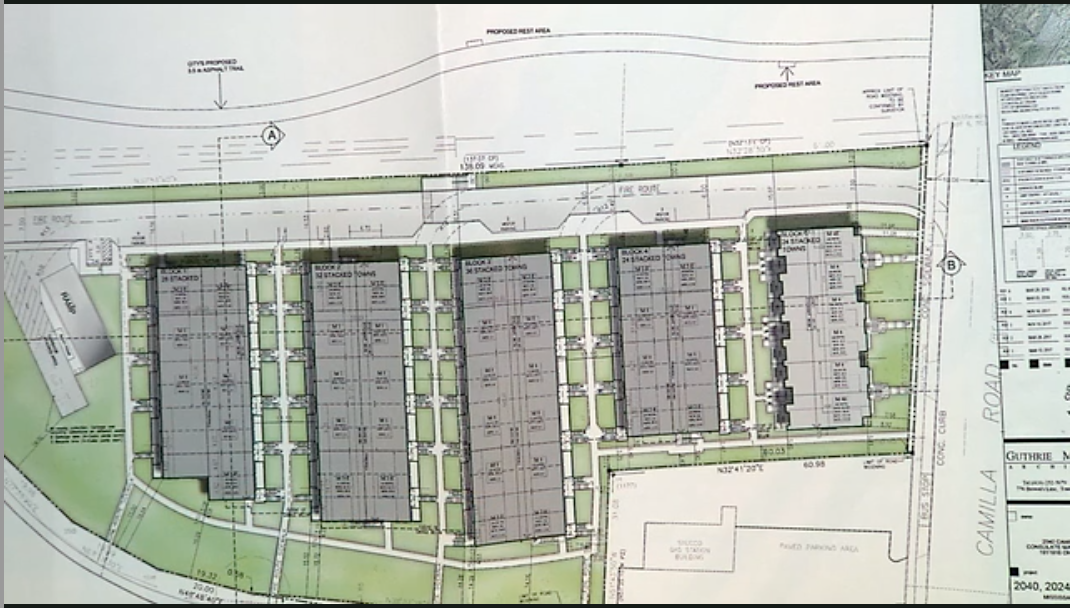 “We have a location on the west side of the development, we also know that our clients were working with the city in looking at providing some off-site facilities as well and its contribution to the Hancock park but also we want to be able to continue discussions with the Hydro Right-of-Way so we can accommodate a Tod Lot on this location on the west side of the property…that there would be at least 250 square meters contained with that area,” says Glen Broll from Glen Schnarr and Associates Inc.

Initially the proposition from the company, Consulate Management Ltd, was to build a high-rise condominium. That was later changed when those within the surrounding community opposed the development and the developers did not receive the necessary zoning amendment for the high-rise property.

Since then, developers have proposed stacked, back-to-back townhouses on the property. Architect for the project, Randy Guthrie from Guthrie Muscovitch Architects, mentioned that the low-rise, multiple-unit residential buildings would be a more cost-effective choice for individuals trying to enter into the real estate market.

“The composition here is a single storey terrace unit, three-storey townhouse above. This proposal has a design focus for more affordable, family accommodation…unit sizes of 1400 to 1550 square feet can be purchased at what much smaller apartments generally cost,” says Guthrie. 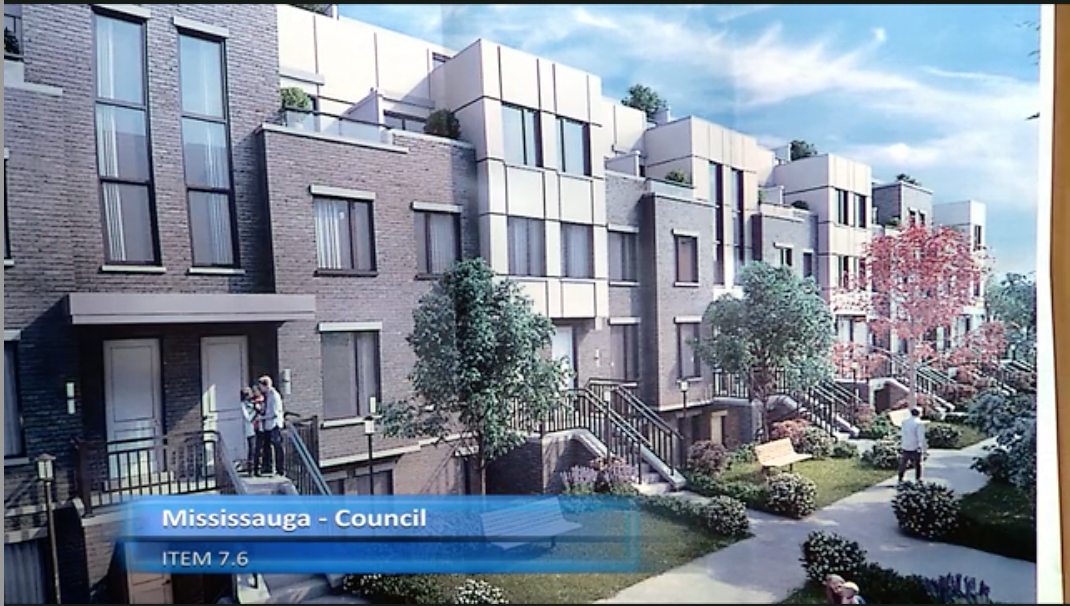 “So it’s also marvellous relative to the place price point for the ‘room in the middle’, and that’s what we’re achieving here, that the people who can move in here otherwise could never move into Cooksville or Munden park and live on the land. But it’s dense, make no mistake about it…I don’t think it’s for everywhere but under this unique circumstance…I think it’s a pretty good solution,” says Iannicca.

What’s most exciting about this project is that a development has been finally approved for the site. For about 30 years, various different projects were discussed—such as having a truck stop and restaurants—but none were ever approved.

As well, various meetings were held with those within the community, and no opposition has been made to the final report that was sent to council.

“I think this has all gone very, very well… I think we have a solution here… I’m very happy to endorse what you have before you, and I put a motion here regarding same,” says Iannicca.