855,000 vaccines that were to have arrived last week are now in Canada 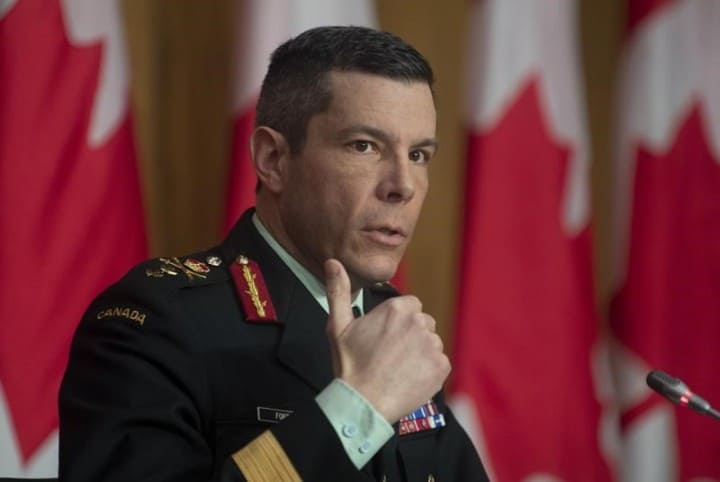 Maj.-Gen. Dany Fortin said 855,000 doses of the Moderna vaccine that were to have arrived last week are now in the country and distribution should wrap up Thursday.

Fortin said quality assurance backlogs, not production issues, have led to delays of about a week to 10 days for Moderna shipments. Four million more doses of that vaccine are expected by the end of May and deliveries are to come every two weeks instead of three.

“We’re fully aware the provinces are making adjustments and we’re trying to narrow this down as much as possible so that they don’t find themselves in situations where they have to constantly react to perceived delays,” Fortin said Thursday.

Dr. Susy Hota, medical director of infection prevention and control at Toronto’s University Health Network, said the province needs to tighten up its stay-at-home order if infections are to stop accelerating.

“It’s clearly not doing the job,” she said. “We’re 10 days in, and we’re hitting the highest numbers that we’ve seen and that trajectory is still upward — and upward quickly enough that it’s causing alarm.”

Hota said the Ford government should take a hard look at what businesses and activities truly are essential and make sure workers are supported if they have to stay home.

Ford’s cabinet was meeting Thursday to discuss new restrictions to deal with the sharp rise in variant cases, but Solicitor General Sylvia Jones would not say if a curfew would be among them.

“Vaccines are one tool in our tool box and a very important tool. But it’s not the vaccines alone that are going to solve it all.”

Njoo said maintaining tight public-health measures is key, especially in the face of more transmissible and dangerous virus variants, adding that Canadians need to “double down.”

He said it’s looking good for all Canadians to be offered their first vaccine dose by around June and their second dose by the end of the summer.

Hota said a speedier vaccine rollout likely would have made a difference in stemming the third wave, pointing to a steep drop in deaths and hospitalizations after vaccines were made available in long-term care homes.

“How much of an impact is always the question, because it’s not going to be perfect coverage.”

Health Minister Christian Dube said that the province is considering offering the Oxford-AstraZeneca vaccine to people younger than 55.

Provinces brought in the age restriction in response to rare cases of blood clots in younger people who had received that shot. One such reaction has been reported in Canada.

Health Canada has said it considers that vaccine safe. The National Advisory Committee on Immunization is weighing whether to change its recommendation that the shot not be offered to those under 55.

Alberta’s chief medical health officer, Dr. Deena Hinshaw, said she’ll discuss with the provincial immunization committee this week whether to expand AstraZeneca shots to more age groups. But for now, she said, anyone between the ages of 55 and 64 should take the shot.

“There are no risk-free options with COVID-19 and this includes delaying getting a vaccine,” she said. “It is my professional opinion that the benefits of these vaccines outweigh any rare risks that may be associated.”

British Columbia reached a new record for hospitalizations at 409 and had 1,205 new cases.

Manitoba confirmed its first case of the P. 1 variant first found in Brazil, as it reported 153 new cases. Saskatchewan had 293 new infections.