85 years ago the first movie theatre opened in Mississauga 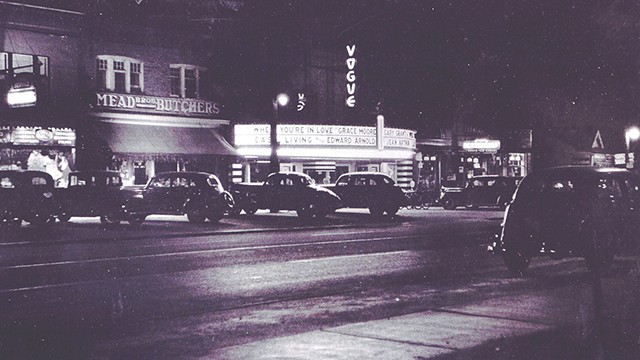 Gone are the intimate auditoriums with plush faux-velvet and cheap concession stands in Mississauga.

In are the massive stadium-style Cineplex giants with massive seats, enormous cup holders and pricy snacks with VIP seats that vibrate to the movie.

While monster movie theatres have their benefits, it’s hard not to miss the vintage theatre from a bygone area.

While there aren’t really any classic movie theatres left in the city, it is interesting to reflect on the fact that they once existed and were distinctly historical in look and feel.

We’re not talking about the long-dead theatres of South Common, Square One and Erin Mills Town Centre.

We’re talking about three movie theatres that are long-gone relics of a time that’s long since passed us by.

“As for historic movie theatres, the was the Vogue Theatre in Port Credit and the Roxy Theatre in Cooksville,” says Matt Wilkinson, a historian with Heritage Mississauga.

“We have a few images and advertisements from the Vogue Theatre . The building, much altered, is still located at 75 Lakeshore Road East in Port Credit.”

The Vogue Theatre, but in an Art Deco-style, opened in 1937.

For 42 years it was one of the most popular theatres between Toronto and Hamilton, with its large marquee announcing its shows. The first movies to play to a sold out theatre were “God’s Country and the Woman” and “A Doctor’s Diary.” The Vogue Theatre closed in 1979. 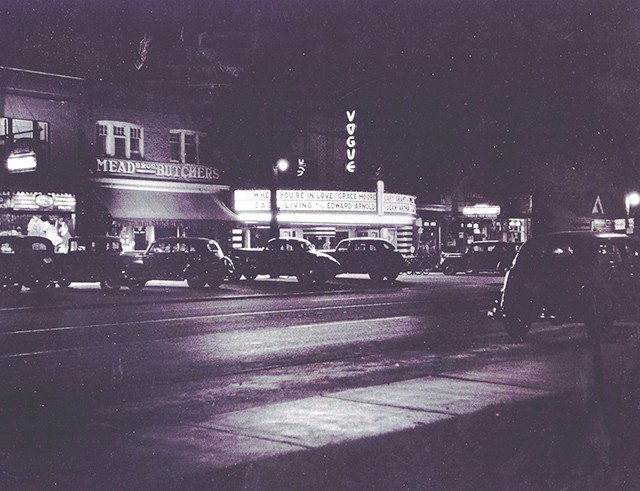 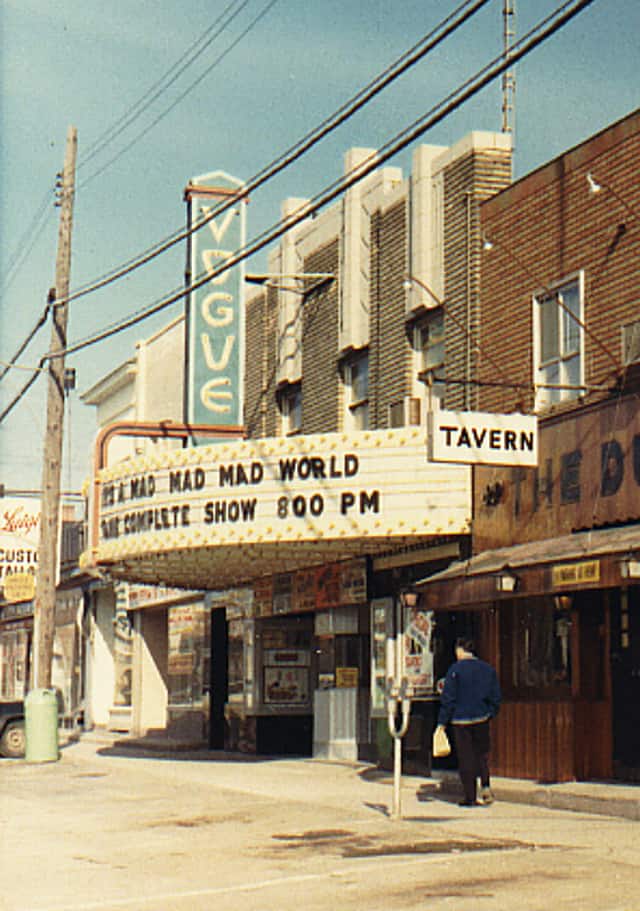 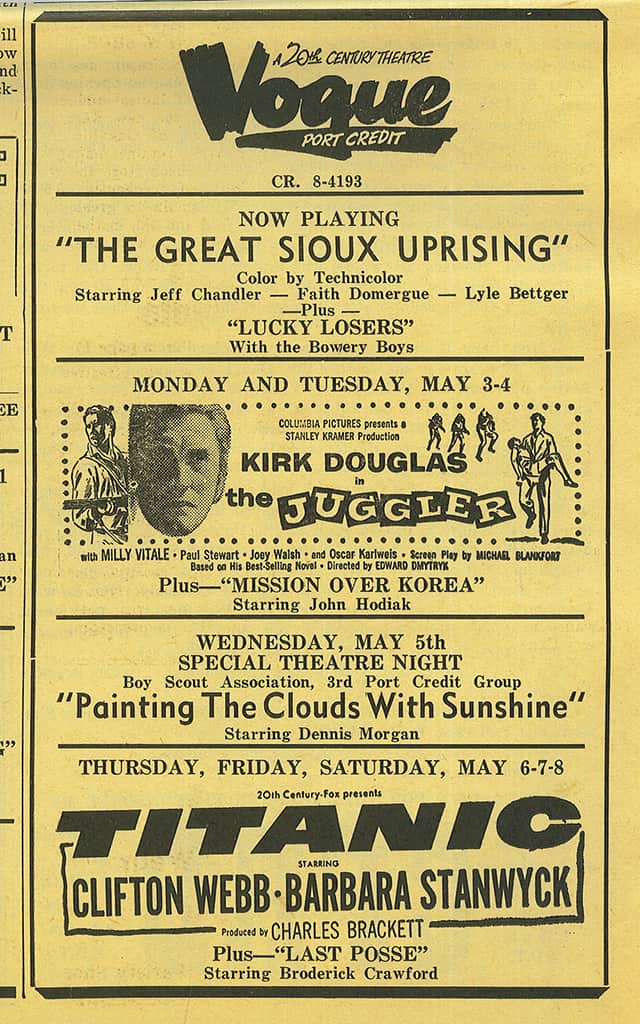 The Roxy Theatre in Cooksville opened in October of 1951 and had a seating capacity of 500 people. It was a Quonset-style building, and the first movie shown was “Call Me Mister,” and the opening saw a standing room only crowd.

The property was sold to Chain Gate Developments and the theatre was closed and demolished in 1971.

Although there are no photos of the Roxy, a similar theatre building was built in Woodbridge (see photo below). The Roxy Theatre in Cooksville was located near to where The Orchard restaurant in Cooksville is located today. 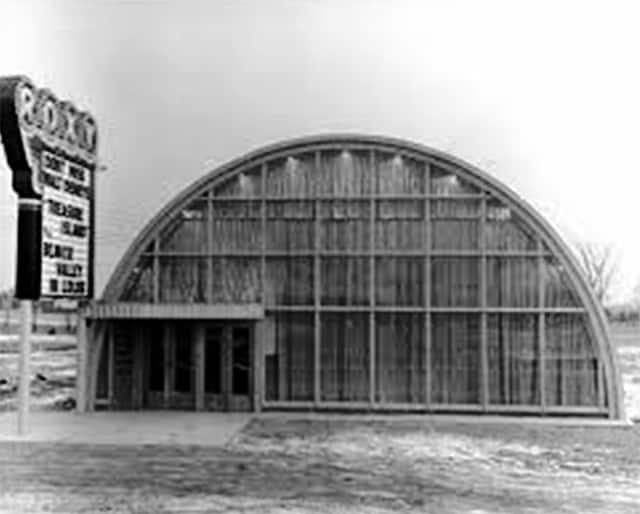 We also have reference to a Dixie 5 Theatre (also referred to as the Dixie Cinema). Unfortunately, it is only a file reference with a picture and an ad. It was located at 1185 Dundas Street East (now home to the Dixie-5 Pharmacy).

The building is still there (see below). We believe that the theatre opened in 1971, although it might be older. It operated into the early 1908s, maybe as late at 1985.

Its exact closure date is not known. 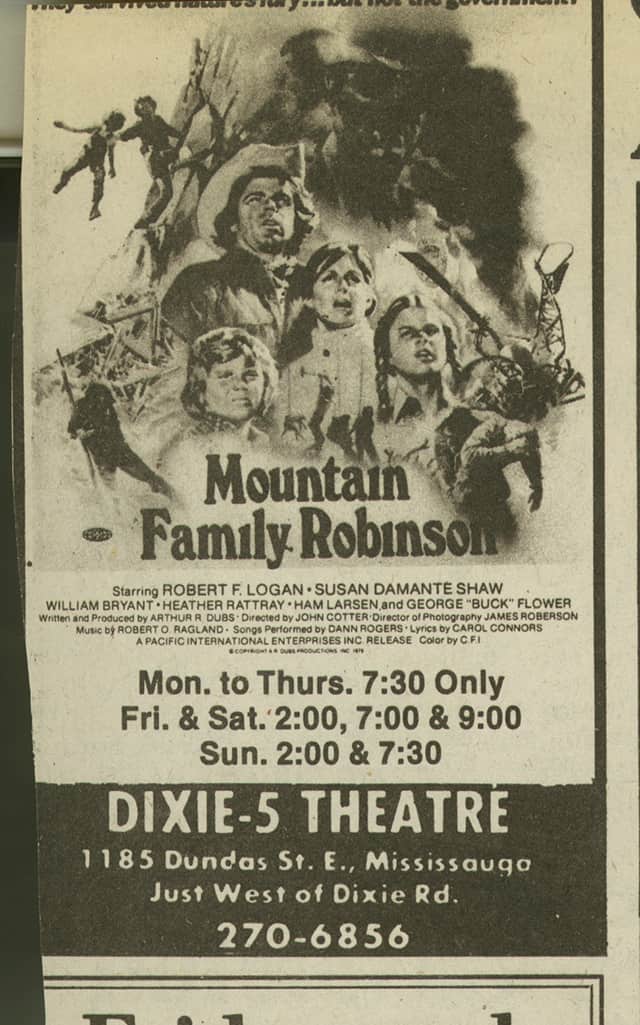 Info and photos courtesy of Matt Wilkinson at Heritage Mississauga.