A massive $80-million project to upgrade the second-busiest runway at Pearson Airport in Mississauga has been completed on time and on budget.

Runway 06L/24R, a three-kilometre-long east-west landing strip built in the 1960s, was officially reopened to aircraft at a ribbon cutting this morning (Nov. 21) inside a hangar at Pearson.

The badly-worn runway was shut down in April of this year as work crews embarked on what’s described as one of the biggest runway rehabilitation projects in the history of Canada’s busiest airport.

The Greater Toronto Airports Authority (GTAA), which operates Pearson, said the runway was in desperate need of upgrades to ensure aircraft and passenger safety.

“This is a massive project that was completed on time and on budget,” Alghabra said, adding it’s “unusual to attend a ground-breaking and ribbon cutting” for such huge projects in the same year.

“Despite the problems of the last couple of years, airports like Pearson have kept Canadians connected…and projects like this are helping the aviation industry recover and be better.” 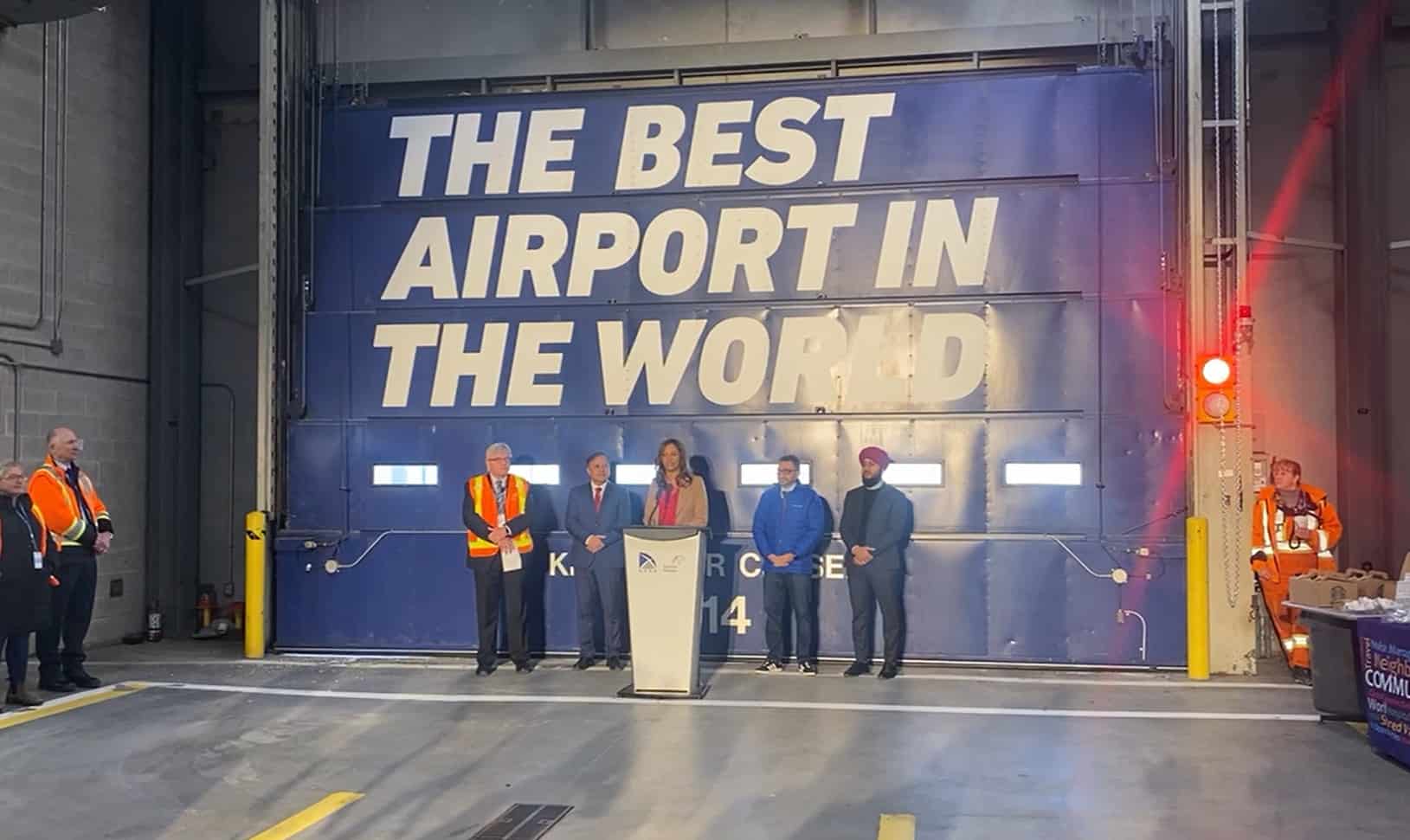 The rehab project included key resurfacing of the tarmac in addition to a “full-depth replacement and lighting upgrade of runway and adjacent taxiways,” the GTAA says.

Pearson Airport shut down its second-busiest runway on April 4 for the major repairs. The wearing down of its concrete sub-structure due to weather conditions, use and time made repairs to the aging landing strip necessary.

The airport adds that the extensive work completed will “ensure the continued safe operation of the airport, and consequently the safety of passengers, employees and the communities we serve.”

According to the GTAA, the project will extend the life of the runway by 30 years and enhance safety of the strip as well.

The bonus, officials say, is the positive impact related to the environment. The runway overhaul is also expected to help the airport reduce its carbon footprint.

The GTAA says “modern innovation and advanced planning” allowed Pearson to complete the project in just eight months, and with a more sustainable approach.

Furthermore, “the project will include the use of recycled materials and upgrades to 1,800 LED lights, which will help enhance safety and reduce its carbon footprint,” the GTAA said in an earlier statement. “Other environmentally friendly construction practices include using crushed concrete from the runway pavement removal for the sub-base and base materials, and recycled milling asphalt materials on approach roads in the vicinity of the runway.”