500,000 New Residents Expected in Mississauga And Surrounding Cities Over Next Two Decades 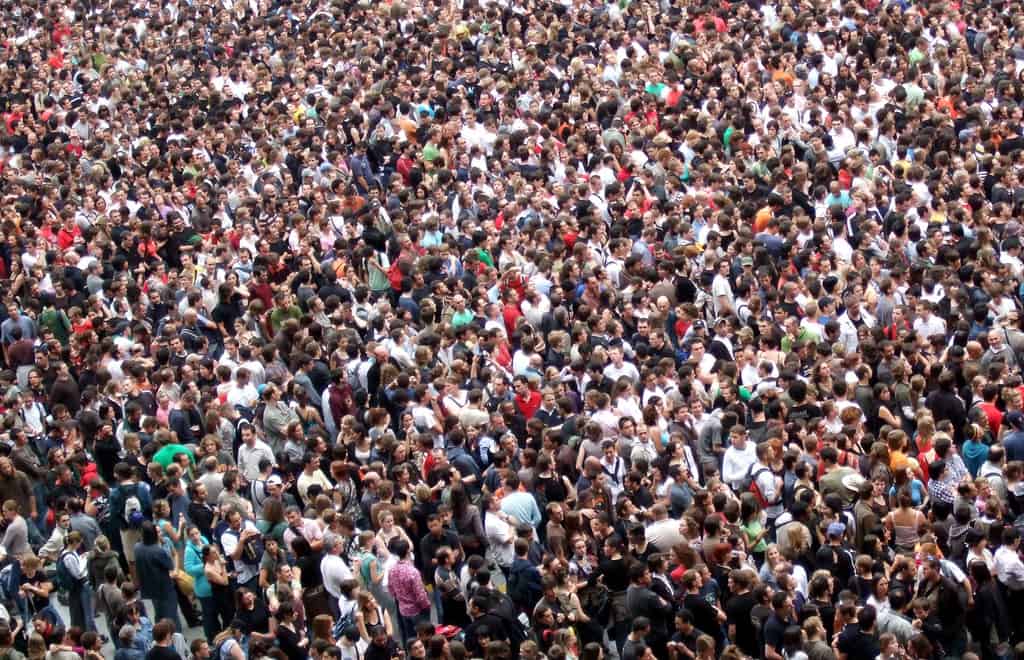 Mississauga is Canada’s sixth largest city with a population of 721,599, and our population is increasing (albeit at a more steady pace than in recent years). It’s no surprise that Mississauga is part of a region that will contain almost two million residents by 2041.

Here’s a look at how Peel is expected to grow by the city (and town) over the next two decades, until 2041:

According to the Region, these projections are in part based on development across the province, and overall population and employment forecasts that are assigned to regional municipalities from the province.

“Peel is going to continue to evolve into an urban setting with more complete communities,” John Yeh, acting manager of the policy development team with the Region of Peel’s Public Works Department, told insauga.com.

According to Yeh, federal immigration policies, demographic shifts including Peel’s aging population and migration northward, and birth and death rates are all factors of our fluctuating population.

But immigration to southern Ontario is perhaps the largest driver of them all.

Our community is flourishing, but how will the Region manage this unprecedented growth?

The Region of Peel’s Growth Management Strategy has been in the works since 2013, which, at a very high level, aims to create an “integrated approach to planning, servicing and financing growth” according to the regional council’s latest report.

“The Region has been working collaboratively with stakeholders, including local municipalities, to plan for communities where people can live, work, learn, and play,” said Yeh.

The Region’s strategy includes three major aspects of planning for the kind of growth Peel is expecting: land use (primarily focused on how Brampton and Mississauga in particular will accommodate the growth as they are the more dense municipalities in the Region), transportation, and water and wastewater management.

Land use planning was heavily dependent on the GTA West Corridor, a.k.a. Highway 413, which was slated to be built in Caledon and west Brampton, so it’s back to the high-level drawing board since the province has nixed the major new highway, says the Region. According to the Region, employment forecasts for 2041 were predicated on that corridor being built.

But the Region still expects a huge influx of job opportunities. According to Yeh, some of the top industries with the highest projected growth over the next two decades are manufacturing, transportation, warehousing, wholesale trade, technology, and pharmacare.

In terms of transporation, promoting clean energy alternatives and a more connected community are part of the plan to decrease congestion on the roads, “moving away from single occupant vehicles that tie up traffic,” said Yeh.

“The Long Range Transportation Plan update has set a 50 per cent sustainable mode share target in order to support Peel’s growing population and employment growth,” says a recent council document. “The goal being that by 2041, 50 per cent of trips will be made using sustainable modes such as walking, cycling, carpooling, and transit.”

There will indeed be a larger cycling network on regional roads by 2041, which will cost a “conservative estimate” of $74 million, according to the Region.

With all of this planning in mind, how much will the drastic increase in residents cost the Region?

According to the Region, having 500,000 new residents is expected to cost $9 billion: 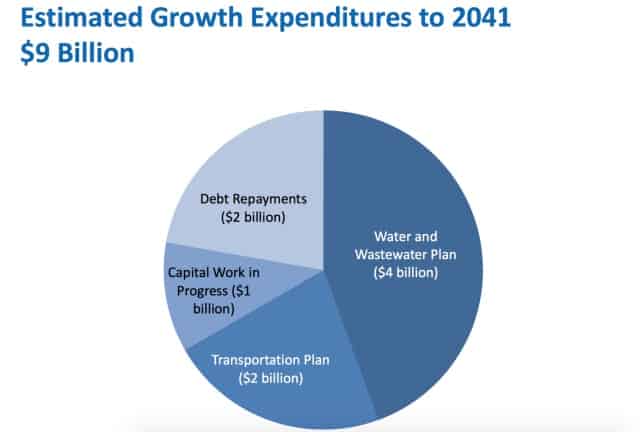 The Water and Wastewater Plan is the most expensive part of the strategy – clean water that services all residents is a top priority, after all. This plan considers expanding major wastewater treatment plants and water pumping stations, and upgrading sewage systems.

While these plans are exciting (depending on your standpoint – some readers might be hatching an escape plan before the Region gets even more dense), they are still in the works.

Now, the Region is hosting public consultations, and aims to present a report on next steps by spring 2018. The February 22 consultation will be rescheduled, so stay tuned to this page if you’re interested in attending.

What do you think of the incredible population growth coming to Peel Region?

All charts and graphs courtesy of the Region of Peel