5 Worst People to Sit Beside on Brampton Transit 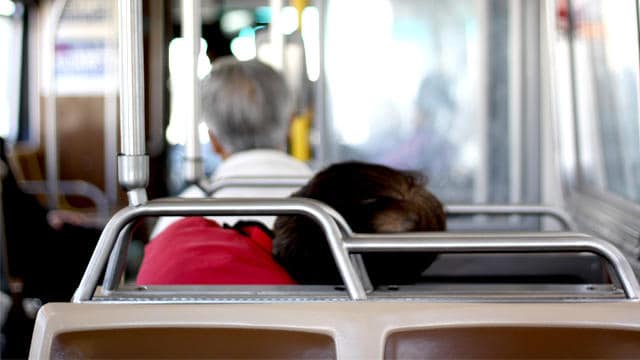 Public transit is the future; there is no doubt about it. As gas prices soar and insurance rates skyrocket, more and more of us will turn to public transit to get from A to B.

Public transit is the future; there is no doubt about it. As gas prices soar and insurance rates skyrocket, more and more of us will turn to public transit to get from A to B.

With that in mind, I have decided to introduce you to the five worst people to sit beside on Brampton Transit.

This ultra-considerate person feels the need to wear a giant stuffed pack while standing on the jam packed Bramalea bus. When he turns around, he will be sure to slam into you and send you flying.  To top it off, he typically has a disgusting water bottle hanging off it that he has been sucking on for the last five months.

I don’t care if you are eating a damn Fillet o’ Fish, a Big Mac or small fries with ketchup — when you eat this on the bus, it stinks. You can usually find these guys sitting at the back of the bus with a # 3 combo spread all over the seat beside them, stinking up the place.

When I take the bus, I like to sit down, cozy up beside the window, put my iPhone on and zone out to the Joe Rogan Podcast.  Sprawling guy can typically be found at the back of the bus with his legs extended ahead of him and food on the seat beside him (see McDonald’s man above). He may or may not be wearing Beats by Dre headphones.

No earphones? NO PROBLEM! That’s this guy’s moto. Annoying everyone with his trap beat music or some obscure electronica MP3 that was downloaded from Pirate Bay; he is a common occurrence on the bus. Even more hated than those mentioned above, no amount of dirty looks will stop this guy from showing off his cellphone speaker to all paying riders.

This guy can be found snoooooozing away on the bus as it zooms past his stop and ventures into some industrial park by the airport. His stop was by Bovaird and some street, but he continues to sleep as he goes further and further form his home.  No matter how many giant back packs he encounters, how many Fillet o’ Fish are eaten right by his face, or how many times he hears music blasting from some idiot’s SamsungS3, he is not waking up anytime soon.