5 Urban Legends of Brampton to Make Your Skin Crawl 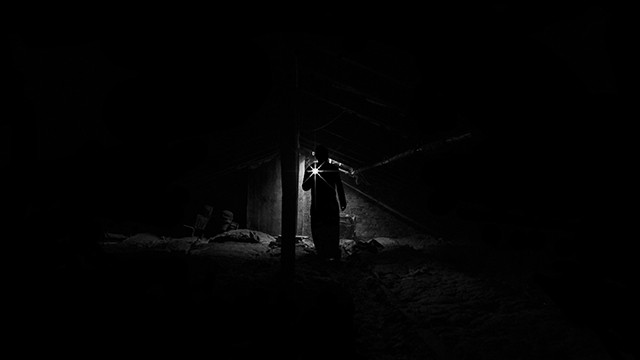 Every city has its own unique urban legends. These stories range from creepy to downright bizarre. They all share one common theme though… are they real or fake?


Every city has its own unique urban legends. These stories range from creepy to downright bizarre. They all share one common theme though… are they real or fake? Some have an explanation, others are still unknown. Brampton is no exception to urban legends of all kinds. Here are some legends about Flower City that may make your skin crawl or scratch your head.

One of the most well-known legends in all of Brampton, this story has been passed around years. A movie theatre used to be in the lot that Kitchen Stuff Plus is currently located in. Allegedly, the story goes that the manager hung himself in the theatre office. From that point on any store that set up shop in that location would see strange goings-on. Many staff members claimed to see things moving on their own and doors opening and closing.

Arguably the most famous urban legend in Brampton and the Peel Region. Kirby Road is believed to be haunted by the ghost of a girl named Selena. There used to be a gravestone on the edge of the road, however, it had no last name. It simply had the name ‘Selena’ written in cursive, a carved heart, and the quote “I am a cute kid”. The story goes that if you are passing by Selena can be seen on a tree near her gravestone, looking down and watching her visitors. Sometimes she supposedly will run around any cars that park and wait. Maybe she is playing with drivers? Numerous different versions of how she may have died have been theorized. Whether she died of an accident or was killed, there is no definitive story people can agree on. It was believed that the house nearby was frequented by the KKK years ago. One theory is Selena’s father was the leader of the KKK chapter and killed her boyfriend who was African American. Her anger at her father ties her spirit to the place where her father always stayed. A bigger question is if she was even real to begin with, as no records of her have been found. Currently, the tombstone and house have been removed from the road, but some still claim she’s there, sitting on a tree watching her visitors.

This legend is one of the few that has an explanation. The story goes that piranhas were once found in Professor’s Lake. This is, in fact, true… sort of. Tom Whitaker was fishing at the lake on August 7, 1998, when he reeled in a surprise. A piranha! This lead to the entire lake being searched for more, but resulted in nothing. The piranha was most likely a pet abandoned in the lake by its owner. Still, many like to believe there is a secret school of piranhas in the lake.

PAMA May Be Haunted

You may not know this, but the building housing the Peel Art Gallery Museum and Archives (PAMA) used to be a jailhouse. Many believe the building is actually haunted by the spirits of inmates. Many staff members claim to hear strange noises and see figures in the corners of their eyes at night. Maybe it could just be the boredom of working the night shift playing tricks on their minds… or a very cultured ghost who likes art.

The River Man is an urban legend that is still debated by students of Brampton Centennial Secondary School to this day. In the combined woods of South Fletcher’s Creek Park and Bach Park, a man is believed to be living in the woods. There aren’t many theories on who this man was, as the big question is if he even exists. There have been odd events witnessed by students and residents of the neighbourhood. During the evening or night, people walking on the path through the woods claim to feel like they are being watched. Some have claimed in the middle of the night they hear what sounds like someone running through the woods. A few sightings of a man far away have been told, but the figure would always turn a corner and disappear like it was never there. Another interesting part of the legend many students consider evidence of the River Man’s existence is his believed home. Deep in the wooded part of Bach Park, there is a small clearing, with a dirty mattress and trash all over. While many go there during the day, its believed he comes at night when no ones around. Either that or he’s always there hiding and watching. The scariest part of the legend for many is the fact that the River Man is not a ghost, but a normal person. Why is that scary? Because if he is out there, and not a ghost, why is he watching us?

What do you think about these urban legends? Fake… or maybe more?