5 Universities Brampton Should Partner With 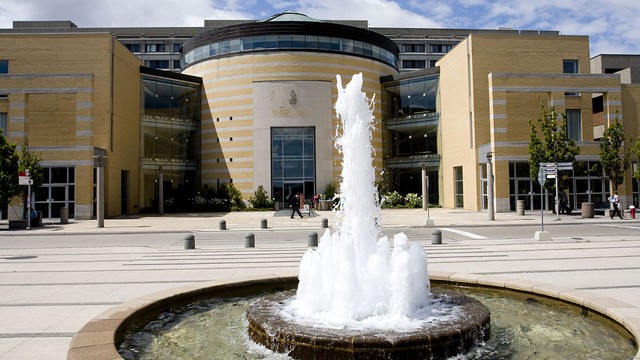 On Tuesday, Jan. 17, Deputy Premier Deb Matthews appeared before the Brampton Board of Trade to talk about today’s (Jan 18) formal call for proposals from universities interested in erecting campuses in Brampton.

Although the successful bid won’t be announced until the fall, the call for proposals has residents wondering what partner will be chosen.

That decision, among others, is one Brampton will have to make–and soon.

In late 2016, the province of Ontario announced that two cities—Brampton and Milton—will be the lucky recipients of brand new post-secondary spaces and although the news is exciting, Brampton is concerned about making the necessary preparations.

On Oct. 26, the province announced it will be allotting up to $180 million for the creation of two new academic sites in two of the fastest growing communities in Ontario as part of its plan to create academic sites focused on science, technology, engineering, arts and mathematics.

Beyond selecting a partner, the city must also decide where the school will be located and how much funding the city will be responsible for.

While both the University of Toronto and the University of Guelph-Humber have openly expressed interest in a partnership with Brampton (back in 2015), the city has reached out to a number of academic institutions who could end up offering successful bids. While the city won’t yet disclose which institutions are in the running, we’ve created a list of five candidates whose presence would lift Brampton’s strong academic profile even higher.

Located in nearby Hamilton, this prestigious university functions as a public research university and operate six academic faculties. The university is well known for its arts and science program, as well as its medical school. Overall, it’s a well-respected institution that Peel students would be happy to have easier access to.

York is one of Canada’s largest universities and boasts 11 faculties and a space engineering program. Located in nearby North York, the school isn’t too far, but could certainly stand to open a campus in the 905 to be closer to a significant number of prospective students.

This school is a collaboration between the University of Guelph and Humber College. It’s located in Toronto and offers seven four-year undergraduate courses that provide graduates with both a university degree and college diploma. Since this mixed-academic style is unique, the school would be a good fit for Brampton students looking for a diversified academic experience.

Arguably one of Canada’s most–if not the most–prestigious universities, the University of Toronto (better known as U of T) currently operates three campuses (one in Toronto, one in Scarborough and one in Mississauga) and would most likely be a welcome addition to the academic scene in Brampton.