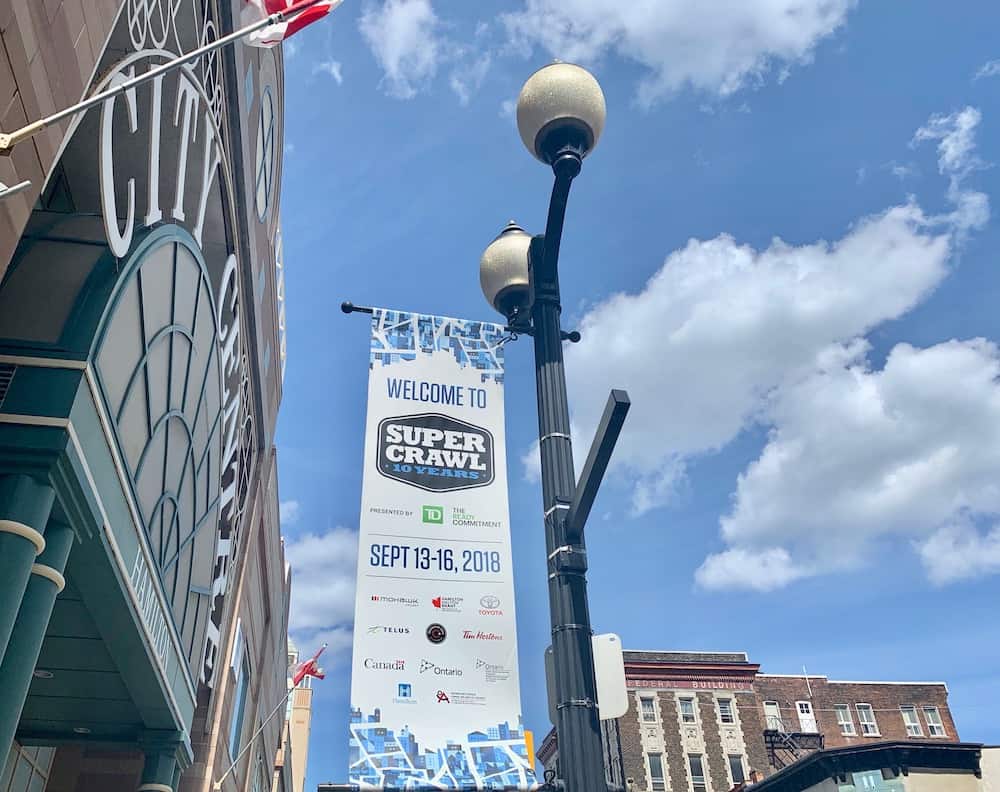 In the ten short years that Supercrawl has been in existence, it has grown from a small one-day street festival to a weekend-long extravaganza with an international profile and attendance in the hu


In the ten short years that Supercrawl has been in existence, it has grown from a small one-day street festival to a weekend-long extravaganza with an international profile and attendance in the hundreds of thousands.

And while the festival has grown in leaps and bounds, the focus remains on our local arts and culture.

There is something for everyone of all ages, and this year, Hamilton musicians, actors, designers, chefs, and artists figure prominently into the schedule alongside their world-renowned counterparts.

Check out our local visual artists


This year’s array of visual art installations finds social issues being engaged in provocative ways by contemporary local artists Adrienne Crossman, Christopher McLeod and Sean Procyk among others. There is also a special virtual reality project from Hamilton’s Artasia, created in collaboration with a McMaster-based research team — a 3D virtual park, housing the visions of more than 500 kids from around the region.

Eat some delicious food
Hamilton has grown to become a culinary destination in recent years and Supercrawl has played a significant role in raising our food scene’s profile. This year will be no different in that regard. Not only is James Street home to some of Hamilton’s best restaurants, but the festival also brings in dozens of food trucks — a host of local favourites and a bunch out-of-towners — so virtually every diet, palate and craving can be accommodated.

Supercrawl 2019’s musical lineup crosses all genres and tastes and features a number of local acts (Hamilton Blues All-Stars, Hamilton Children’s Choir, Hamilton Philharmonic Orchestra with Twin Within and many, many more). There are numerous stages — the big outdoor TD Stage and Fireball/Exclaim! Stage to the more intimate stages at This Aint Hollywood or the Mulberry Coffeehouse — so be sure to check the festival website for schedules and locations. Headliners include the Bahamas, Buffy Sainte-Marie, soul singer Bettye LaVette, Stars, and Desi hip-hop star Fateh.

Get inspired by fashion
The festival’s catwalk showcases collections by independent designers and local apparel brands, as well as special drag and cosplay shows. Performers and designers at all stages of their careers are profiled. Among the local talent strutting the catwalk this year are collections from The Mix, True Hamiltonian, and members of the Hamilton vintage community.

Take in a talk at the Author’s Tent
Bookworms, writers and lovers of the written word can slow things down a little at the Author’s Tent. This year, talks will focus on children’s reading, writing the city, women and poetry, and an evening of terror, among others. This is unique opportunity to get up close and personal with local writers and readers alike in the heart of one of Hamilton’s biggest arts and culture festivals.