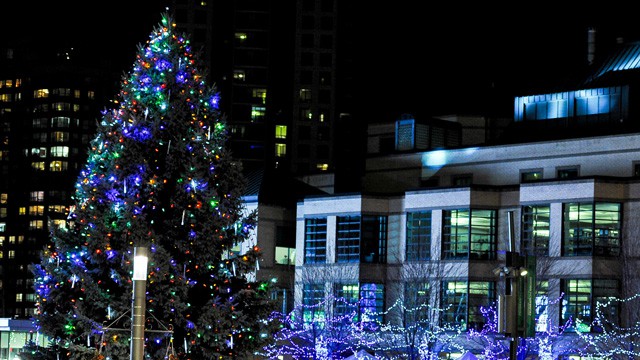 At (seemingly) long last the weekend is finally here.

With one week to go until Christmas, this may be residents’ last chance to get their gifts and enjoy a night out before the post-feast lethargy kicks in.

As such, here are five things to do between December 16 and 18 to make the most of the weekend.

Christmas carols are of course a staple of the holiday season, but The Living Arts Centre is offering a different take with their hark-singing angels.

They’re hosting the 16-member Legends of Motown tonight in a celebration of The Supremes, The Four Tops, The Temptations, Marvin Gaye, Smokey Robinson, The Jackson 5, Martha and the Vandellas and more featuring all their biggest hits.

The special Christmas edition features renditions of these artists’ holiday songs to help the yuletide rise.

Tables can be booked online and tickets run $45.

The Fifa World Cup is set to wrap up this weekend and Mississauga is showing the final showdowns live in Celebration Square.

Contestants from around the world have been battling it out for soccer supremacy for more than a month. Now the competition has been whittled down to the top four.

Croatia and Morocco kick things off this weekend on December 17 as they compete for third-place. Since they made it this far, hopefully it takes a bit of the sting out of Canada’s loss to both teams at the beginning of the tournament.

Then on December 18, Argentina and France will show down for the World Cup.

Just because it’s Christmastime, doesn’t mean everyone is nice. The mean one himself, Mr. Grinch is set to make an appearance in Mississauga on December 18.

In typical pics-with-Santa style guests will be able to sit with the Grinch for photos. They’ll also be able to enjoy hot chocolate, face painting and themed snacks at 1560 Dundas St E.

Winter in the Port with Santa

However, if folks are hoping to meet a jollier old elf, Santa Claus is coming to town in Port Credit.

Santa’s landing his sleigh at noon on December 17 at the Port Credit Lighthouse. He’ll be in the Nutcracker installation on sight.

The Mississauga Symphony Orchestra (MSO) is performing two shows of their family-oriented Christmas concert at Hammerson Hall on December 17.

The first show is a matinee set for 4 p.m. and is geared toward a younger audience, while the second show for all-ages lifts the curtain at 7:30 p.m.

Tickets are $25 per person of $100 for a family. They can be purchased online.