5 Things To Build on The Britannia Farms Land in Mississauga 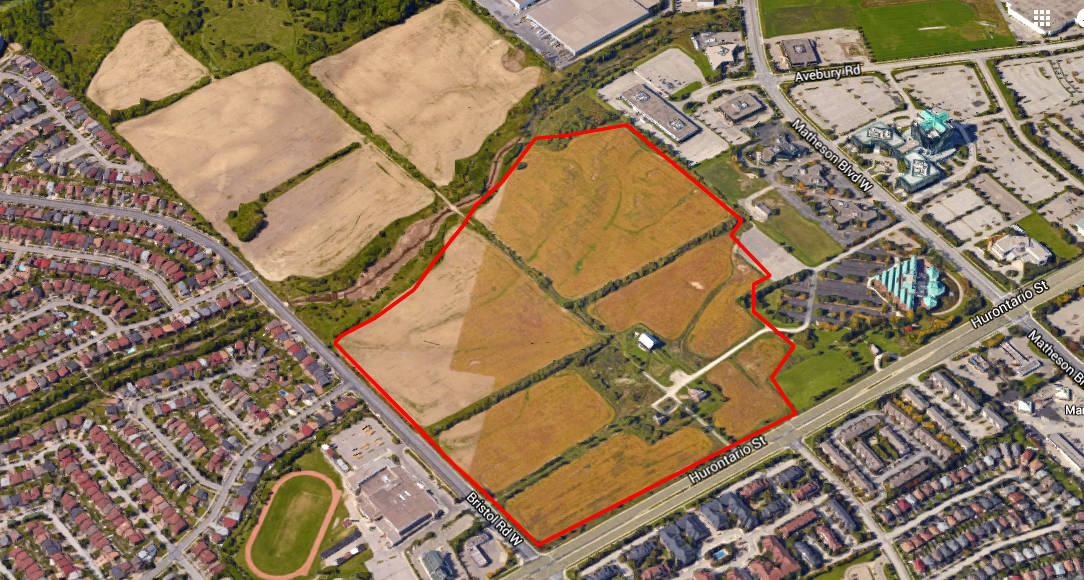 As one of the last pieces of completely untouched and undeveloped land in the City of Mississauga, the Britannia Farms property owned by the Peel District School Board is a pristine treasure in an ocean of developed concrete, asphalt and steel that make up the surrounding city.

Currently the PDSB is responsible for the stewardship of the land, hence the reason why it has been spared the relentless suburban sprawl that Mississauga has been absorbed by in the last 30 years or so.

On June 22, the PDSB in joint partnership with Mississauga held a public meeting at the Peel District School Board building to discuss the future of the Britannia Farms. The original usage of the farm was shut down in the mid-1990s due to lack of provincial funding, but it is unique in that it provides school children with outdoor education purposes.

The PDSB has been exploring ideas on what to do with the land but it lacked a funding source. There is no money coming from province, so revenue generating land use restricted to those 32 acres that the Board owns. They are not selling the land and will retain ownership of it, assured Board Chair Janet McDougald.

As usual with the Vision Cooksville, Inspiration Lakeview and My Malton community projects, the City and the Board brought in Urban Strategies to help coordinate the discussion of Britannia Farms. Also involved are Evergreen (a consortium that looks at greening cities), NBLC (market advertisers), Savanta (nature specialists), Taylor Hazell Architects, because obviously the Board doesn’t have those kinds of expertise at their disposal.

Let’s take a look at what is actually on this pristine piece of property right now. It is bordered by Bristol Rd, Hurontario Street, and a bit south of Matheson Blvd. It is actually the same size as Mississauga’s City Centre region or about the size of High Park.

There’s an old schoolhouse, The Conover Farm, The Gardner-Dutton House, a farmhouse, woodlot and former radial railway railbed. There is also the famous Sugar Bush that Councillor Parrish had recently been railing about saving (in which she was successful). The Sugar Bush reminds me of when I was younger, because the Board uses it to teach children how we make maple sugar, which is arguably the most Canadian thing you can teach future generations.

The original 1989 Master Plan was supposed to structure something on the land that conforms to the environmental surroundings and to have something that maximizes usage of the natural landscape. But as mentioned before, there was a lack of funding so the plan was shelved.

Now some 27 years later, the Board and City have decided to start from scratch because they finally came to an agreement on how to move forward. Despite that, some of the people in attendance were not happy that it seems the politicians wasted 3 decades doing nothing with this land and that no dollar amounts can be specified. One man was saying how Eve Adams (a former councillor) had done much of the on the ground work on the Britannia Farms and now it’s being ignored, which prompted Board Chair McDougald to clarify that the PDSB oversees the land and not council. I think that latter man didn’t really understand how administratively things worked.

So based on what ideas were discussed during the roundtables, and a very nicely displayed map of the Britannia Farms with sticky notes of ideas from residents of what they wanted to put there. Here are some ideas that were gauged at the meeting (bear in mind, the suggestions were restricted to what conforms to the environmental usage of the farm, so no new commercial or residential development like the rest of Mississauga):

LEAVE IT AS IT IS (aka NOTHING):

Even though the presenters indicated that 84% of the land would be preserved in its natural state, that 16% was too high for many residents, who I think would rather it remain the way it is with public access. But I think people realize that with an LRT going up Hurontario, the farms will have to be developed for something to attract people to go there, although those same people are probably against the LRT from the beginning also. People’s written suggestions did include ‘No Development, No Sidewalks north of Bristol, and Bad Congestion’. Once again, NIMBYism abounds!

As I wrote in a previous piece on the Ninth Line lands, there is a community garden in that area run by a non profit called Many Feathers providing locally grown vegetables. They’re out in the western fringes of the city, so wouldn’t it be nice if there was a community garden smack dab in the heart of Mississauga, one close by the City Centre where a regular Farmers Market is running?

I always thought that something akin to Black Creek Pioneer Village in North York could be placed on the Britannia Farms, as a way of expanding the already existing use for schoolchildren for educational purposes but with the additional caveat of having a revenue generating component. It would be good for heritage purposes and other outdoor activities, and in Mississauga we could definitely use a few more of those.

This was written down on a sticky note on the map on the wall, and I thought it was an interesting suggestion. These days our politicians and other public figures take time out of their speeches to acknowledge that we are on the traditional territory of the Mississaugas of the New Credit First Nations. I was up at the Peel PAMA Museum in Brampton last year and they had an exhibit on aboriginal history and heritage that was quite educational. I also remember as a child on a field trip going up north to the territory of the Huronia First Nations and they had an outdoor site with traditional aboriginal structures and items for educating children about First Nations life back then. Putting something similar on the Britannia Farms would definitely boost the linkage between the indigenous peoples that first settled in Mississauga and the people of Mississauga today.

The Ontario Science Centre in Toronto is an incredible educational institution for young minds but one of the residents said at the meeting, that while he’s in awe of that institution, he believes it would be more locally beneficial if Mississauga had something like that as well.

Some honorable mentions I would like to include are a zoo (like the one in High Park), a Christmas Tree farm for the winter season, natural skating rink, various walking/hiking trails, a riding centre/stables with horses, and a coyote refuge (the city apparently does have a coyote problem).

If you would like to see what other examples there are out there that the Britannia Farms could emulate, please check out the links below: