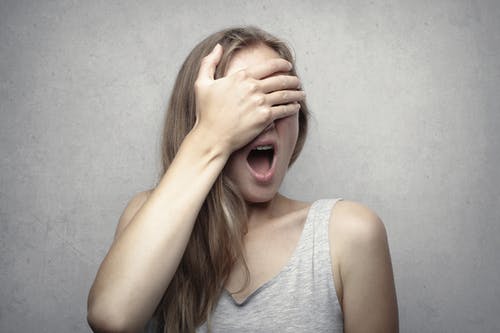 The film industry has been increasingly setting their sights on Hamilton to serve as a backdrop to some of their blockbuster productions.

Over the years, city streets have been transformed into a post-apocalyptic landscape, a turn-of-the-18th century cityscape, or a small-town Christmas wonderland (gotta love those Hallmark movies).

Hamilton has also served as a background for some pretty terrifying storylines and in the spirit of Halloween and staying home to celebrate, here’s a look at five scary movies filmed in our city over the years.

The Last Sect (2006)
This film starred the late great David Carradine as the legendary vampire hunter, Abraham Van Helsing. Van Helsing is on the trail of a pack of vampires who use an internet dating site to lure unsuspecting men and women into their web of blood and cruelty. This movie is widely panned by critics and viewers alike and was so detested at the time, that the movie’s screenwriter, David Robbeson, wrote an apology to viewers that was published in Esquire magazine. A horror that was so bad that its own writer apologized for it? That’s worth a watch. I told you this list would be scary!

IT: Chapter Two (2018)
Most of us are pretty familiar with this terrifying story brought to us by the king of horror himself, Stephen King. Originally, IT was a made-for-TV miniseries that aired in 1990 (it was not filmed in Hamilton) and this version is the second movie in the new feature film remake. The story follows a group of former childhood friends who are now adults and return to their small hometown in Maine that was the site of a series of gruesome child murders. When they come back, a lot of bad things happen and clowns will forever be ruined for you. You might recognize the Scottish Rite and the Chedoke Hospital Sanitorium in this one.

The Craft: Legacy (2020)
This remake of (what I consider) a 90’s classic was released on Amazon Prime’s streaming service this week! Like the 90s version, it follows a group of highschool gals who are, in fact, a coven of witches. Reviews, so far, are mixed but fans of the original might want to check it out for comparison’s sake. Parts of the film were shot at the former Cathedral Highschool in downtown. As far as familiar faces go, David Duchovny (X-Files) stars alongside Michelle Monaghan.

Weirdsville (2007)
This is the story of two buddies who, in the process of trying dispose the (supposedly) dead body of one of their girlfriends, stumble across a satanic cult in the midst of a human sacrifice. The two friends, and a resurrected girlfriend, then embark on a series of misadventures as they try to pay a debt owed a brutal drug kingpin and horror and hilarity ensue. The film appeared at several international film festivals and is now available to watch on Prime.

Silent Hill (2006)
Silent Hill is based on a very popular video game and while some critics don’t think the franchise translates well to the big screen, others consider the movie pretty horrifying. As the story goes, a mother and daughter find themselves lost withing the borders of a small, foggy, desolate town called Silent Hill. At various points, the town transitions into a nightmarish dimension inhabited by inhuman monsters. You’ll recognize some of the film’s stars, like Sean Bean (Lord of the Rings) and Kim Coates (Sons of Anarchy). Silent Hill is currently available on Prime.