5 Restaurants That Closed Their Doors in Brampton in 2017 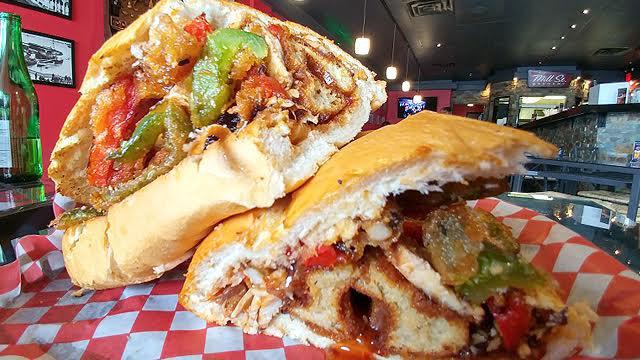 While Brampton has a fantastic–and growing restaurant scene–it occasionally loses beloved gems that we never expected to close.

While 2017 was a great year for Brampton in terms of some big-name openings, it was also a year with a few losses.

Here are five restaurants who shocked us when they shuttered their doors for good in 2017.

Shalimar Bistro took over the restaurant Clinton’s on Main in February, and it closed its doors in the first half of 2017. The bistro was another chic and stylish addition to Brampton’s ever-evolving Indian food scene, offering such classics as samosas, shahi paneer, murgh achari tikka and more. The resto even offered a few off-the-beaten path items to appeal to Brampton’s diverse culture of diners, such as fish and chips, Greek salad and Caesar salad. The menu also featured a few Hakka items, a lunch buffet, and a traditional sit-down dine-in experience, perfect for a casual weekday bite or a more relaxed evening meal.

Okay, House of Cards was a cafe, not exactly a restaurant, but seeing it close was extremely sad. House of Cards Board Game Cafe at Main and Queen announced its closure on Sunday, July 23, 2017.

We are sad to announce that we are permanently closed. We want to thank everyone for the continuing support and for the amazing love in the last two years. We wish you guys all the best! One piece of advice… never stop playing board games! 🙂

Several commenters expressed that they were saddened by the news. The cafe, which was open for about two years, charged a $5 admission fee for customers to come in and play board games. House of Cards offered a menu complete with desserts and coffee, a huge collection of board games to play, and even board games for sale.

One of downtown Brampton’s most popular hotspots, Sul Irmaos Smokehouse, very recently closed its doors for good on November 26. However, it’s not going away forever. Instead, it’s focusing entirely on its food truck. Sul Irmaos operators recently took to Facebook to announce that their popular Portuguese resto, known for its smoked meat sandwiches, is now on wheels. And while that’s great news for people who would love nothing more then to grab some food from the You Gotta Eat Here-featured joint, diners should note that the brick and mortar location is closing as a result. The restaurant will also continue to cater.

Coffee Culture might have one more location in Brampton (and it might not be a restaurant — but it was a beloved food option in Brampton and lots of people were upset when it closed!) but when it shuttered its downtown Brampton location back in March, it left Bramptonians wondering what would take its place. The brand is famous for providing a relaxed cafe experience that pairs creative caffeinated drinks with made-to-order sandwiches and snacks. The comfy spot, which offered cozy seats and a quiet retreat from the bustling downtown traffic, is certainly missed.

Brampton street meat lovers were down an option of where to get some delicious meat (and let’s not forget chicken and waffles, and homemade ice cream) at the end of October 2017. Former owner Jonathan Boone is an industry veterean of close to 30 years (he started working in restaurants as a dishwasher in his early teens and was once the general manager at old school Mississauga hotspot On the Curve), and fans of the street meat joint were sad to see it go. JB’s had set up shop in a plaza in the area of Queen and Kennedy, close to the main intersection, and near Central Peel Secondary School.  JB’s Street Meat boasted an ever-changing menu of chicken fingers and fish and chips with batter made from scratch, pulled pork, pulled chicken, mac and cheese, ribs, and more. Now, you can find some of Jonathan Boone’s other delicious dishes where he cooks at Bar 237 around the corner.