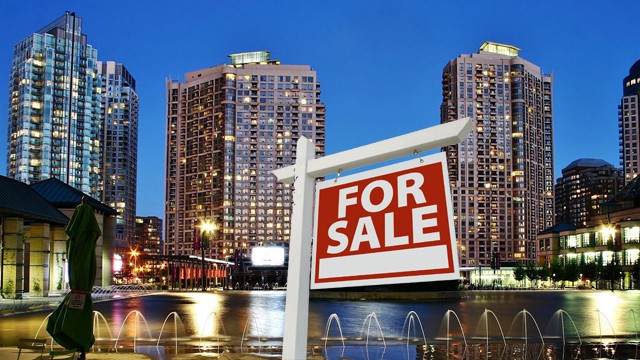 A few years ago, it became impossible not to notice the seemingly booming exodus from Mississauga to Milton. Anecdotally speaking, most people I knew who were looking to buy homes or start families looked north at the growing town of Milton where they could get a bigger space for less.

In fact, a generous portion of my peers now live in Milton, even though the housing disparity between the two cities has somewhat evened out (although not entirely).

While most people who made Milton (or Brampton, Georgetown, Burlington or even Hamilton and the surrounding cities) their new home were pleased with their choice, few people left Sauga because they disliked the city.

Quite the opposite. Most enjoyed the food, the quick access to TO and the proximity to work (a lot of people still work in Mississauga and Toronto and just accept a longer commute as part and parcel of saving on housing costs).

Some people were simply unable to afford houses and didn’t think condos (there are very reasonably priced units out there, you just have to know where to look and what to expect) were spacious enough for them and their families.

Some people, on the other hand, left for Toronto because they felt there wasn’t enough to do and longed for a better public transportation system.

So, here are five reasons people might be leaving Mississauga (and what they might want to consider before they do).

This is valid. The cost of living has skyrocketed while salaries have barely budged. Even with two incomes, it’s hard for people to afford a $500,000+ family home. After the mortgage is taken into account, people still have utilities, fees, taxes and transportation costs to consider. For some people, it’s simply not doable. That said, there are some more affordable town, semi and detached homes available. You can also consider a condo, particularly an older unit. When I was condo shopping in 2013/14, I saw several units under $200,000 (one bedroom, mind you) in Cooksville and Meadowvale. Older units are typically spacious, which is a bonus if you have two or more people living together.

While moving to Milton doesn’t solve this problem, relocating to Toronto definitely might. While Mississauga has a competent bus system and a forthcoming LRT, the city is dominated by cars and is hard to navigate without one. For this reason, people who don’t want to own cars (which, though convenient, are a never-ending expense) might decide it’s best to head east. If they do, they can access a subway or streetcar and never have to worry about gas or insurance again. While this will be a harder problem for the city to solve, the best we can hope for are continued improvements to our transit infrastructure. Though it’s a contentious issue, the Hurontario LRT is a start that could spur other and better transit projects in the future, better connecting a large city defined by exciting but disparate hubs.

This is closely related to costs, but is still a separate issue. Mississauga has a ton of spacious homes with sprawling yards and generous front lots. The problem? These homes are largely out of the average young person or family’s price range. If you have small children or are really into lawn care and gardening (maybe your role models include Hank Hill and my father), you might find it challenging to find an affordable home with a sizeable yard. The need for bigger and better yards prompted two of my good friends to choose Milton (although they got lucky with the yard) and Brantford respectively. If you want to stay in Sauga but don’t want to sacrifice space, you can always look into homes in developing neighbourhoods or take on a (still potentially pricey) fixer upper. Talk to a realtor and see what he or she can find for you.

This is the one that drives young people into the loving arms of the bustling urban mecca that is Canada’s beloved TO. While Mississauga is not devoid of entertainment and has gotten a lot better in terms of bars, restos, cafes and general amenities, its layout makes it difficult for some suburban youth to access leisure and recreational facilities by bus or on foot. If you’re ensconced in a sprawling subdivision (which I was growing up), the closest resto, sports facility or art gallery might be a 10 to 15 minute drive away. For this reason, young people might zero in on (more expensive, in some cases) Toronto neighbourhoods where they can split rent with roomies while more easily accessing Shit To Do. With City Centre growing and housing more singles, couples and families every year, it needs more entertainment options besides a mall that closes at 9 pm. Fortunately, certain hubs in the city are getting better in terms of entertainment. Port Credit has some chic new hot spots and the city has, to be fair, always had big plans for City Centre. We just need to see the Downtown 21 plan materialize and the transportation system better connect the subdivisions to the entertainment districts.

It’s no secret that Mississauga loved and loves Hazel. She was basically our grandmother and her reign was legendary. A truly beloved leader, she governed well into her twilight years and survived a scandal or two in the process. While few would denigrate her, even she admitted she didn’t plan for an adequate transit system. Every year, the city grows bigger and its current infrastructure grows older. The banner years are over and changes — especially to the transportation system — need to be made. Will current leadership be too afraid to do what Hazel never did for fear of offending or scaring a population afraid of change? Will leaders cater to the NIMBYism that’s defined the city for so long? Some probably fear it will and are leaving before costs go up, construction projects begin and people start complaining that Sauga ain’t what it used to be. With strong leadership and an emphasis on practical and positive change, some people might fret less and stick around, excited for a new and vibrant city.