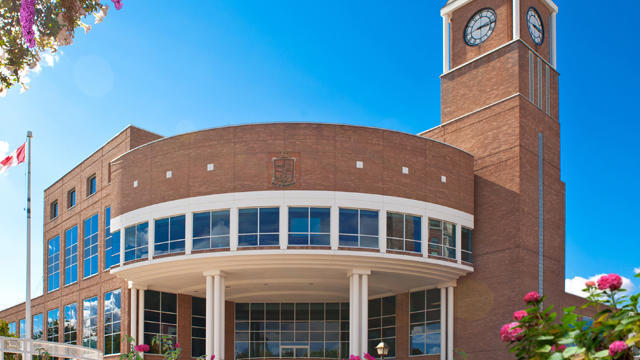 Back in January 2017, Brampton City Council decided to put all of their recorded votes online for the public to see. That said, there are some very interesting decisions the 2014-2018 councillors have made, and with an election right around the corner, let’s take a look back at some of the most baffling decisions this council has made (or had to deal with) since they started their term on December 1, 2014.

It’s important to note that the online recorded votes was last updated on April 12, 2017. But we’ve been keeping track since then, too!

This was the meeting at the Rose Theatre where Brampton City Council decided to effectively cancel the portion of the LRT that would go into the downtown core of city. You can watch the entire six hour meeting here, complete with all the deputations from residents and comments from the councillors and mayor.

Enough ink has been spilled about the LRT and Brampton city council’s decision, and all I will say is that there is a faction in council that’s failing to understand the needs of an evolving Brampton community.

Don’t you find it somewhat strange that they would make this decision in a growing city? A city with scores of young people and small businesses in the downtown area that would benefit tremendously from a public transit option like an LRT? Isn’t it perplexing that despite overwhelming support, it was voted down by six councillors?

The councillors who voted to kill the LRT were Councillors Jeff Bowman, Michael Palleschi, Grant Gibson, Elaine Moore, John Sprovieri and Doug Whillans. While the councillors are entitled to their opinions and concerns, the decision feels short-sighted.

4) December 2017 – Rejecting an independent Auditor General for the city

After the million dollar scandal at Brampton City Council earlier this year — where police concluded there was actually no slush fund — and evident controversy over City Council throughout the years, it’s no secret that many Brampton residents want more transparent municipal leadership.

On Wednesday December 13, 2017, Brampton’s City Councillors voted against having an independent Auditor General for the city. It’s true that Brampton has an Office of Internal Audit, but after such trust issues among residents and council, it’s worth a second thought as to why the auditor was rejected.

During the council meeting, a few points were discussed, including that Toronto has an independent Auditor General (the rationale behind rejecting one for Brampton in part being that Toronto is a larger and more complex municipality than Brampton), the necessity for more transparency and accountability from the City, and concerns around the independent auditor’s role and the potential for a “duplication of work” with the City’s own Internal Audit team.

Mayor Linda Jeffrey accused councillors of rejecting transparency — “Following an investigation into municipal practices at the city on procurement (March 2017), the Ombudsman of Ontario suggested that establishing an independent, permanent auditor general would help re-establish the public’s confidence in the city and ensure that the public trusts the city to act accountably, openly, and transparently,” said Jeffrey in a recent statement.

With this batch of City Councillors, it doesn’t seem like there will be an independent Auditor General for Brampton anytime soon. Can “transparency” can be achieved without one?

This was a vote whereby the city agreed to provide $1.5 million over three years to the Brampton Beast. Minus one councillor being absent from the vote, all but Mayor Jeffrey and Councillor Gurpreet Dhillon voted in favour of what was essentially seen as a bailout by some to an ailing hockey franchise.

There is nothing wrong with a sports franchise entering into the occasional partnership with local government to do some promotional project for the community, but it looks like the Beast is asking the city to keep it from tanking. Brampton’s reputation as a hockey town started waning when the Brampton Battalion went up to North Bay, and the Beast is with the East Coast Hockey League (ECHL)–not exactly as popular or well-known as the Ontario Hockey League (OHL).

It feels like council concluded that since it had Brampton’s name on it, it needed Brampton taxpayer money funnelled into it despite the team operating at a loss. That doesn’t sound like sound business decision making in the long run, for the team nor the community. Throwing money at something your citizens aren’t invested in watching? It seems like bad policy.

Despite being in the public domain for about a decade now, many people (even public figures) perhaps still don’t understand how to properly use Twitter, let alone how to manage their account properly. One of my personal rules is to keep it simple; keep mainly one account and manage it yourself and don’t let anyone else have access to it. It makes it easier to figure out what went wrong should something go awry.

Councillors Gael Miles and Pat Fortini, who represent Brampton Wards 7 and 8, attempted to provide some social media presence for their community by having a joint Twitter account which was managed by one office staffer. Unfortunately, something indeed went awry and the account somehow ‘mysteriously disappeared’ around February, only to reappear again later on. The staffer in question has now moved onto working primarily for Fortini and he has not commented on the matter.

Councillor Miles, however, found it necessary to bring this matter before council in a motion asking for a full investigation into why her Twitter account went missing. Even though Mayor Jeffrey said the issue was diverting the attention of council away from city business, the fact that she and three other councillors voted in favour of the investigation was striking. I’m hoping the mayor voted in favour just to get Councillor Miles and everybody else back on track with actual city business at hand.

Very recently, City Council made the decision to purchase the ailing Riverstone Golf Club and convert it into a new, East-end seniors’ facility and recreation centre. The vote was 6-4 to purchase the Castlemore club for a whopping $11.6 million, and Mayor Linda Jeffrey herself was one of the parties who disagreed with the purchase. Jeffrey actually posted on Facebook that the purchase was poor timing, bared unknown long-term costs, and not in the right location for a new recreation centre.

It’s true that a new recreation centre might be a great use for the space — but many residents agree that perhaps the millions of dollars spent on what seems like a massive bailout could have been better spent.

Perhaps the money could have gone to a new hospital, Peel Memorial’s expansion into a full hospital, or even affordable housing, to name a few current and relevant issues in Brampton right now. With Brampton’s property taxes climbing this year, it was a strange decision made at a strange time overall. The new recreation centre is expected to open by Spring 2019.

There are over 100 votes Brampton City Council has had over their term thus far, and it’s highly likely that many others had some residents scratching their heads. We should mention that initially, the vote to have staff even do a report regarding putting their voting records online barely passed Brampton council in a 6-5 vote. So it’s a good thing that council approved it — at least now we can see what they voted on and call them out on it when it becomes warranted.

You may not agree with everything they do, but it’s good to be as transparent as possible and this is a move in the right direction.

— With files from Alan Kan and Christine Sharma