5 Most Watched Caught on Video Moments of 2018 in Brampton 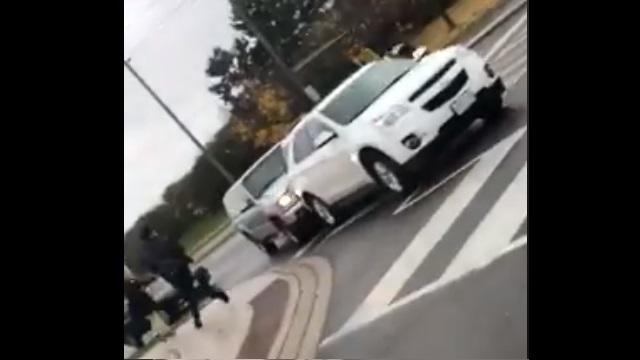 There is no moment like one that’s caught on video and immortalized on the internet forever. Once again, Brampton had a lot of those this year.


There is no moment like one that’s caught on video and immortalized on the internet forever. Once again, Brampton had a lot of those this year.

In 2018, there was a mix of unfortunate and very powerful, memorable moments that were caught on video in Brampton. But some moments stood out to Brampton more than others.

Here are the most watched “CAUGHT ON VIDEO” moments in Brampton this year, so you can catch them again.

Brawl Breaks Out in Brampton

On Saturday June 9, just before 9 pm, a brawl broke out in a Brampton plaza on Bramalea.

Brawl in Brampton from insauga on Vimeo.

Caught by an inbrampton.com reader, the video shows several people fighting amidst a few vehicles. The fight reportedly took place in the Chalo! FreshCo grocery store plaza at Bramalea and Sandalwood.

Back in July, a video went viral of a woman assaulting a Tim Hortons employee at the franchisee location on McVean and Castlemore.

In the video, a woman holds an employee by their hair behind the counter, while a second employee appears to try to break up the incident. Near the end of the video, the woman is seen hitting the employee.

Uploaded to Facebook by user Sunny Gandhi, this video shows a pickup truck back up and crash into the back of a white vehicle as its driver exits. “He hit him as he was coming out of the car,” Gandhi writes.

Dangerous Driving at Torbram/N Park Dr in Brampton from insauga on Vimeo.

Several pedestrians are also seen on the side of the road, scurrying away from the pickup truck as it rams into the vehicle in front of it.

A Reddit user named u/Rebelcum420 posted a video showing a massive brawl breaking out amongst students at Bramalea Secondary School in November:

The Peel District School Board issued this statement regarding the incident:

Officers and emergency crews responded to a person in crisis at an apartment building located at 430 McMurchy Avenue. A Facebook user named Steve J Telly posted a video of the incident, seen below:

Police were able to resolve the incident and no injuries were reported.

Can you think of any more ‘caught on video’ moments this year for Brampton?