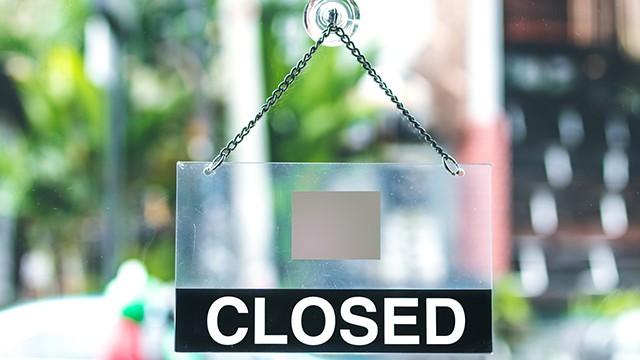 While Mississauga has a fantastic–and growing restaurant scene–it occasionally loses beloved gems that we never expected to close.

While 2018 has been a great year for Mississauga in terms of some big-name openings, the year–which is, believe it or not, slowly winding to a close–has marked the last day that some restaurants served the city.

Here are five restaurants that shocked us when they shuttered their doors for good over the past few months.

A unique restaurant that was one of the first of its kind in Mississauga shuttered its doors for good in March, taking its delicious Bombay toast with it. But while Sindhi, an Indian street food restaurant conceived by Hemant Bhagwani—the founder and executive chef behind the popular Amaya group of restaurants—is no more, another Bhagwani project has taken its place. In April, the unique Kolkata Club opened in the exact same spot. Sindhi initially opened in the summer of 2015.

If you were recently hunting for some frozen yogurt in Square One, you might have noticed that a somewhat new addition to the shopping centre’s ever-growing food scene is no longer serving customers its famous cold concoctions. Pinkberry, the U.S.-based frozen yogurt giant that got its start in Los Angeles in 2005, closed its Square One location in the summer. The sizeable brand, which operates over 250 locations worldwide, opened in Square One in 2015. But while the news is no doubt disappointing to shoppers who like to stop for some fro-yo, Pinkberry lovers should take comfort in the fact that the brand’s products can be found in select Second Cup locations.

We know this might be a strange mention, but it’s an important one because it’s extremely rare for Starbucks to shutter a location in Mississauga. In fact, the last Starbucks closure we can recall took place when Apricot Tree expanded in the Sherwood Forrest plaza a few years ago. The closure came as a surprise to local patrons, as the location seemed to be a good one for the popular brand that boasts well over a dozen locations throughout the city. Interestingly enough, Starbucks is also expanding in the city, having recently opened in Erin Mills Town Centre and the Loblaws on Glen Erin Drive. But while some patrons might be sad to lose this convenient location, they can take comfort in the fact that Starbucks itself isn’t going anywhere in Mississauga.

If you’re in the mood for fried chicken, there’s one less place you can visit. Back in July, we learned that popular Taiwanese chicken restaurant Koo Koo Chicken—which was number one on our list of Top 5 fried chicken restaurants—is no longer operational. Initially, it wasn’t clear if the closure was temporary or not. Now, however, the restaurant has been marked as permanently closed on Google. Koo Koo Chicken will no doubt be missed—in no small part because it was one of the few places that offered bubble tea as the drink option for your combo.

A restaurant doesn’t have to be around for years and years to make a massive impression on the community—it simply has to be good. One of those restaurants is Border MX, an authentic Mexican resto with phenomenal fish tacos (among other dishes) that reinvigorated the city’s modest Mexican food scene when it opened its first location in the Dundas and Hurontario area a few short years ago. This past spring, Border MX operators shuttered their 5&10 restaurant, choosing to focus on their newer Streetsville location. For those who don’t remember, the resto surprised (in a good way) the foodie community when it announced that it would be taking over the space once occupied by Cantina Mexicana back in the summer of 2017. Border’s Streetsville location boasts a more spacious interior, some impressive murals and a patio. Also, co-owner Jorge Ortega says he has big plans for Border MX (so trust us when we say the beloved Mexican joint is going anywhere).