5 Most Popular Vehicles Driven in Brampton 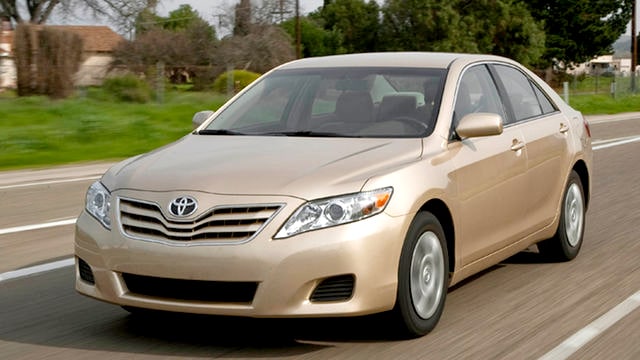 Since I moved to this wonderful and exceedingly diverse ‘burb about 10 years ago, I have seen just about every type of motor vehicle possible on these mean streets. From the new money on Mississauga Rd and Queen to borders of Malton, we have some wild vehicles travelling around and here are the top 5 you can see on a daily basis.

I honestly believe that if you opened up a dealership that only sold Camry’s in Brampton, you would be richer than Mike Holmes and Tristan Thompson combined. It honestly seems as if when you move to Brampton, you are given a Toyota Camry with no turn signals. Remember, turn signals are not allowed in Brampton.

I think that Brampton is the truck driving capital of planet Earth. Everyone on my street owns a truck or trailer or is involved in some sort of trucking spin off business. These trucks are all over the streets in Brampton and they can be a right menace! For example, last week I saw a guy in a truck flying down Ching while eating and talking on his mobile! It’s not good to eat or chat while driving, but to do both while speeding in a truck? Unbelieveable!

If you drive one of these things you’re probably have a suspended license or you care about th environment. Normally found around the downtown core, or in front of the local No Frills, these vehicles travel on sidewalks and roads with total disregard for those around them. Oh, and you don’t have to be insured to drive one of these, so don’t even think about calling your boys at Cellino and Barnes if one of these smack into your 2010 Camry!

I have included both of these, as this appears to be a graduated vehicle system. If you live at home with your parents, you drive a Sunfire with your ancestral country’s flag. When you move out and get a job, you move on up to a pick-up truck with the flag. Same flag, same EDM blasting out of the car, same Cristiano Ronaldo lookalike at the wheel.

Drive around Springdale or downtown Brampton on a summer night and you will see a lot of high-end vehicles driven by young males with vanity plates that usually say something like “Snghking” or “Khalsa.” When I asked one of these guys what they did for a living, they told me, “My dad owns a logistics company bruh!”